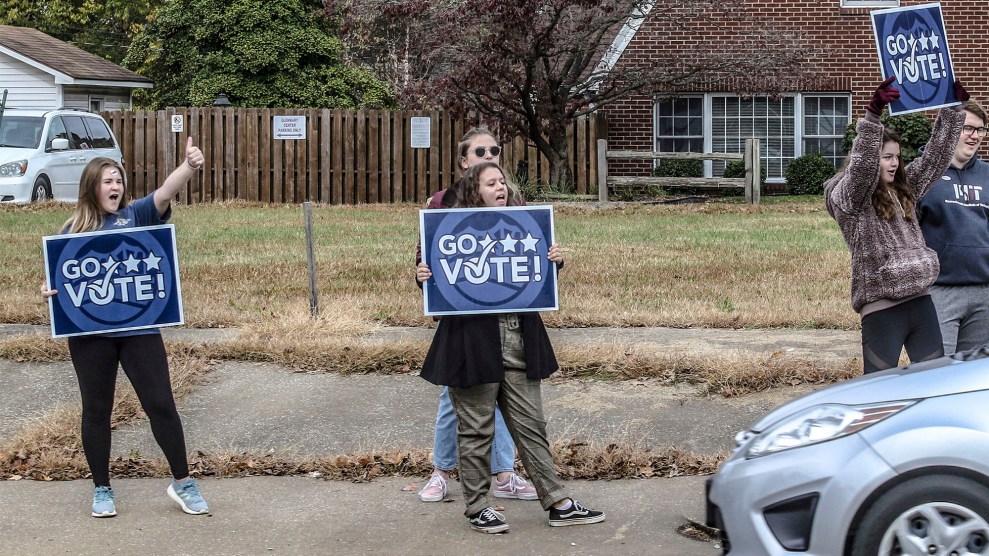 Tuesday night was a big night for Democrats, but it may prove to be an even bigger night for voting rights. Voters in three states chose candidates and policies that could result in expanded access to the ballot, an undoing of Republican gerrymandering efforts, and a fairer voting system.

Democrat Andy Beshear, who was elected governor of Kentucky, pledged during the campaign to issue an executive order restoring voting rights to 140,000 people convicted of nonviolent felonies in the state. Kentucky is one of only three states where people with past felony convictions cannot vote unless the governor restores their rights. As a result, 300,000 Kentucky residents—nine percent of the electorate—have been disenfranchised, including more than one in four African-Americans, the highest black felon disenfranchisement rate in the country. Beshear’s executive order could affect Mitch McConnell’s reelection bid in 2020 if newly enfranchised voters, who are disproportionately black and expected to skew Democratic, oppose the Senate majority leader.

Beshear’s election could also change representation in the state if he vetoes new redistricting maps passed by the Republican-led legislature in 2021. But elections in 2020 will determine whether the GOP has enough votes to override his veto.

In Virginia, Democrats won the state legislature, giving them one-party control of the state for the first time in a quarter of a century. Democrats could now pass major voting reforms like early voting, automatic and Election Day registration, and the automatic restoration of voting rights for ex-offenders, along with repealing the state’s restrictive voter ID law. All of these bills have already been introduced by Democrats in the legislature but blocked by Republicans.

Virginia Democrats will also control the drawing of the state’s redistricting maps in 2021. It remains to be seen whether they will support efforts to create a bipartisan redistricting commission to redraw legislative and US House maps, which passed the legislature this year but must be approved by the legislature again in 2020 and then by the voters in a ballot referendum. There’s also a chance Democrats could dismay voting rights advocates by drawing their own gerrymandered maps to replace the maps drawn by Republicans in 2011.

In New York City, voters approved ranked-choice voting for citywide primary and special elections, a system that allows voters to rank their preferences for candidates, without the fear that choosing lesser-known candidates will led to them becoming spoilers. Under ranked-choice voting, if no candidate has a majority, the last-place finisher is eliminated, and his or her votes are redistributed to the second-choice candidates of his or her supporters, and the process continues until there’s a winner. New York is now the largest jurisdiction in the country to adopt the innovative reform.

The victories for voting rights in 2019 build off the momentum from 2018, when voters in eight states approved ballot initiatives to make it easier to vote and draw fairer redistricting maps.