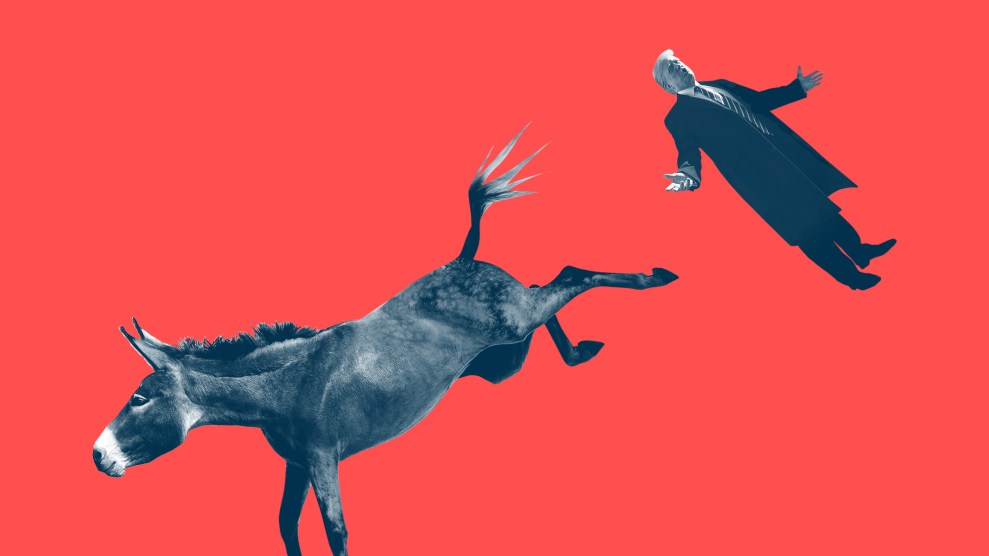 The whistleblower’s complaint at the heart of Trump’s Ukraine scandal is officially out. The release kicks off another chaotic day on Capitol Hill, with Joseph Maguire, the acting director of national intelligence, set to testify before lawmakers. Later, House Speaker Nancy Pelosi will give a press conference on the latest developments.

5:03 p.m. ET: A few polls are making the rounds showing increasing support for impeachment proceedings. After House Speaker Nancy Pelosi endorsed formal proceedings, Morning Consult showed a 7 percent jump in voters who support and a 13 percent jump among Democrats. Perhaps it’s the damning tick-tock news of the past few days, as Americans delve into the details of the call, or perhaps it boils down to Democratic voters falling in line with party leadership.

Net support for impeachment rose 13 points since the weekend, with voters now divided at 43%.

Six in 10 voters who back impeachment said Trump committed an impeachable offense, a @MorningConsult record high.

4:03 p.m. ET: Trump’s comments are always better on tape. The Los Angeles Times released audio of the president making menacing comments about the whistleblower at a private event. “You know what we used to do in the old days when we were smart?” Trump said. “The spies and treason, we used to handle it a little differently than we do now.”

Listen to the audio below.

3:41 p.m. ET: In 2004, Mother Jones wrote about the personal and professional struggles Bush-era whistleblower Jesselyn Radack faced after disclosing that “American Taliban” John Walker Lindh had been interviewed by the FBI in Afghanistan without a lawyer. It also takes a look at the psychological forces that push people to become whistleblowers. Now is the perfect time to give the story a read—especially given the New York Times’ decision to release information about the whistleblower’s identity despite his lawyer’s assertions that doing so would be dangerous.

It does seem like the incentives for whistleblowing are a bit perverse, because if you do it the proper, legal way, you become fairer game for journalists to identify you, whereas if you just leak the same stuff to journalists, we’ll generally conceal the source and protect you. https://t.co/UGossMOfxR

2:11 p.m. ET: We finally have some information on the identity of the whistleblower. He is a CIA officer with sophisticated knowledge of US foreign policy in Europe, the New York Times reports.

1:10 p.m. ET: Trump, attempting to divert attention from himself, all but threatens to execute the whistleblower. This is a very weird sentence to type, but how else do you interpret this?

Trump: "You know what we used to do in the old days when we were smart? Right? The spies and treason, we used to handle it a little differently than we do now."  https://t.co/8OLSxoRbzD

Seven out of seven GOP senators tell me and other reporters they have not read the whistleblower complaint. In a few hours, they’ll leave Washington – and questions from national reporters- for two weeks.

12:05 p.m. ET: That “not the first time”  in the whistleblower’s complaint is still ringing in my ears. On Wednesday word trickled out that House Speaker Nancy Pelosi wanted her impeachment served neat, no chaser—a “quick, narrow Trump impeachment probe focused on Ukraine,” as the Washington Post put it. This was in keeping with the wishes of many moderate Democrats in her caucus, who want the case for impeachment to be made narrowly, on national security grounds. That “not the first time” should blow up the whole conceit. Trump just doesn’t do narrow.—Tommy Craggs

11:32 a.m. ET: Texas Republican Rep. Will Hurd is an interesting talisman for this whole process. Democrats may not technically need any Republican votes for impeachment (at the most recent count they have exactly the 218 votes they would hypothetically need, plus Republican-turned-independent Justin Amash of Michigan.) But Hurd has already announced he’s retiring, he’s criticized Trump in the past, and as a former CIA officer, the nature of this scandal seems developed in a lab to irk him. If Republicans ever do start to break ranks, it could start with him. (And conversely, if even Hurd stays on board, it’s going to be a one-party show.)—Tim Murphy

11:14 a.m. ET: The whistleblower complaint suggests that the White House attempted to cover up other politically sensitive information, in addition to the transcript of the phone call with Ukrainian president Volodymyr Zelensky. Our colleague Pema Levy explains:

According to the complaint, White House lawyers ordered that the transcript, which records Trump pressuring President Volodymyr Zelensky of Ukraine to conduct investigations that would benefit his political messaging, be stored in a special classified database managed by the National Security Council. Even though the transcript did not contain the kind of classified information usually held in that system, the move ensured many fewer officials would have access to this word-for-word record, which the whistleblower viewed as an acknowledgement that officials knew it documented an abuse of power not only needed to be covered up. The president’s actions are likely a crime.

Maguire’s testimony last July before the Senate Intelligence Committee, as part of his nomination to lead the National Counterterrorism Center, reveals a nominee whose vision of the state of national security was often at odds with Trump’s positions. In his prepared remarks, Maguire rejected Trump’s assessment that the Islamic State had been wiped out in the Middle East, despite losing most of its territory to American-led forces…Maguire’s views also diverged from Trump’s on the subject of international alliances, which the president has repeatedly bemoaned as costly and ineffective.

10:41 a.m. ET: Democrats are letting a critical opportunity slip away to explain the scandal that has triggered an impeachment inquiry. Intelligence Committee Dems are focusing their questions on the process by which the Acting DNI Maguire withheld the whistleblower complaint until yesterday. This seems geared at trying to show that the White House tried to block its release. But an hour and a half into the hearing, they have failed to address the meat of the complaint itself, which includes potential crimes and cover-ups and is far more explosive and damaging to the president than the ins and outs of Maguire’s decision-making on how to handle the complaint.—Pema Levy

10:15 a.m. ET: Maguire won’t say if he ever discussed the whistleblower complaint with the president:

Rep Himes: Did you talk with President Trump about this complaint?

JUST IN: Acting DNI Joseph Maguire: "I believe the whistleblower did the right thing." https://t.co/fUBRdsHDCG pic.twitter.com/jH2SLmMcTd

9:25 a.m. ET: It’s about nude Trump pics, Devin Nunes says. (What is he talking about? Julia Ioffe can explain.)

9:20 a.m. ET: Rep. Will Hurd, who is not seeking reelection, joins a handful of Republicans expressing concern over the contents in the whistleblower complaint:

There is a lot in the whistleblower complaint that is concerning. We need to fully investigate all of the allegations addressed in the letter, and the first step is to talk to the whistleblower.

THE DEMOCRATS ARE TRYING TO DESTROY THE REPUBLICAN PARTY AND ALL THAT IT STANDS FOR. STICK TOGETHER, PLAY THEIR GAME, AND FIGHT HARD REPUBLICANS. OUR COUNTRY IS AT STAKE!