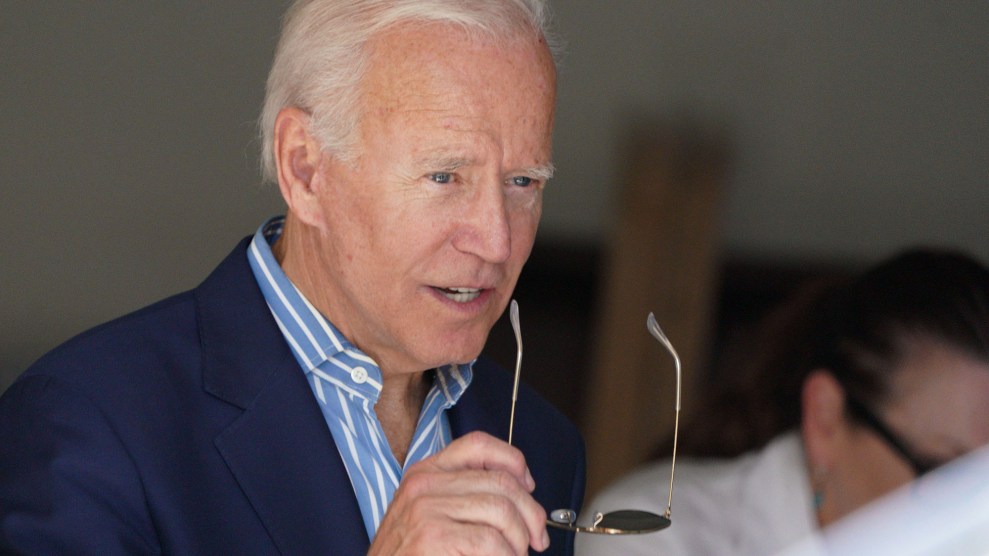 The Biden campaign sent out an unusual letter on Sunday morning addressed to top TV news executives and prominent anchors. The letter, written by two top Biden advisers, said Guiliani’s repeated spread of disinformation about Biden and his son Hunter should disqualify him from appearing on their networks, according to The Daily Beast.

“We are writing today with grave concern that you continue to book Rudy Giuliani on your air to spread false, debunked conspiracy theories on behalf of Donald Trump. While you often fact check his statements in real time during your discussions, that is no longer enough. By giving him your air time, you are allowing him to introduce increasingly unhinged, unfounded and desperate lies into the national conversation,” the letter reportedly says.

“We write to demand that in service to the facts, you no longer book Rudy Giuliani, a surrogate for Donald Trump who has demonstrated that he will knowingly and willingly lie in order to advance his own narrative,” they added.

The letter goes on to make the case that Guiliani “is not a public official, and holds no public office that would entitle him to opine on the nation’s airwaves.” The campaign also requested that “an equivalent amount of time … to a surrogate for the Biden campaign” in segments where Guiliani is scheduled to appear.

Guiliani disparaged the letter as “ left-wing censorship,” in a comment to The Daily Beast.

Brian Stelter, a media reporter at CNN, tweeted that ABC’s “This Week” and “Face the Nation” on CBS were offered a Biden campaign surrogate today, though according to a Biden campaign source,  both shows declined. Still, Stelter pointed out that the Biden campaign has been largely unavailable in the run-up to primary season compared to other campaigns.

Counterpoint: Biden hasn't agreed to a single Sunday show sit-down this year. This week I asked for a campaign spokesperson to join me on CNN, and the invite was declined.

In recent days, Guiliani has consistently repeated debunked claims about the work of Biden’s son, Hunter, in Ukraine and Joe Biden’s efforts to remove a prosecutor there. Trump’s personal lawyer has tried to position Biden’s criticisms of the Ukranian prosecutor as a corrupt attempt to protect his son. Meanwhile, Guiliani has failed to mention that the prosecutor was facing global pressure to step down and was not handling the then-dormant case in the country that involved Biden’s son.

“Your obligation is to provide the American people with an informed, fact-based and responsible,“ the Biden campaign letter reads. “Rudy Giuliani has made very clear that his only obligation is to protect Donald Trump, and that he will willingly lie to do so.”