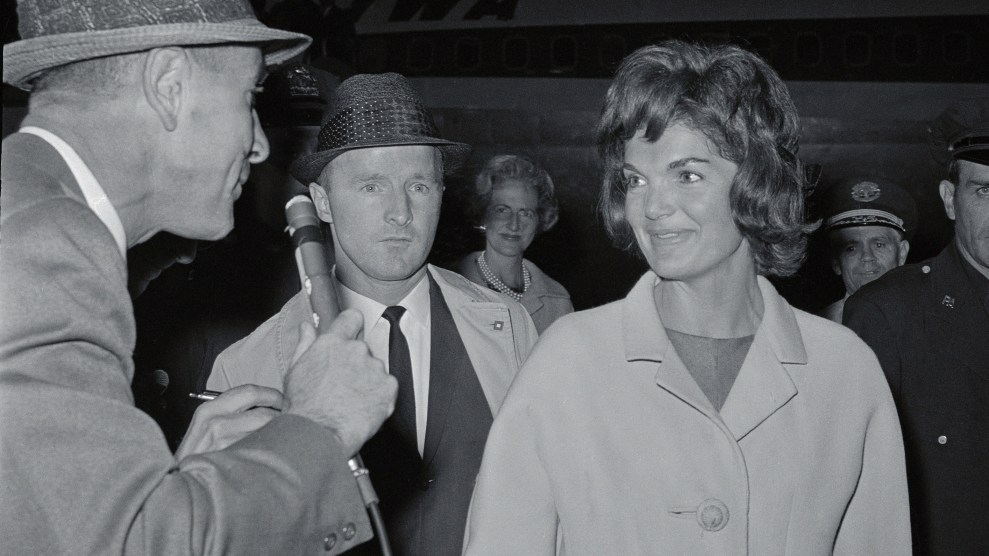 It seems that not a single Democratic presidential debate can go by without Spanish-speaking candidates flaunting their fluency. Thursday’s third Democratic debate was no exception.

Former Texas Rep. Beto O’Rourke took a similar approach to discussing immigration. “In our communities and our country, we need to treat every person with respect and dignity,” he said in Spanish.

When @BetoORourke spoke Spanish, the Univision translator, who is doing simultaneous translations, paused to let him speak: "Necesitamos tratar cada persona con respeto y dignidad."
"We need to treat each person with respect and dignity." https://t.co/WP8a96IcHm

Cory Booker refused to be left out of the bilingual banter. When asked whether more Americans should adopt his vegan diet, the New Jersey senator replied, “First of all, I want to say ‘no.’ Actually, I want to translate that into Spanish: ‘No.’”

But Democrats showing off their second language skills to woo Spanish-speaking voters is nothing new. Please enjoy this 1960 video of Jaqueline Kennedy telling voters to support her husband, Sen. John F. Kennedy, for president.

I am the wife of Senator John F. Kennedy, candidate for president of the United States. In these times of such danger, when world peace is threatened by communism, it’s necessary to have in the White House a leader capable of guiding our destiny with a firm hand. My husband will always watch over the interests of all of the parts of our society which need the protection of a humanitarian government. For the future of our children and to achieve a world where true peace exists, vote for the Democratic Party November 8th. Long live Kennedy!

Jackie Kennedy didn’t stop flexing her Spanish fluency even after her husband took office. Here she is in Miami in 1962, addressing the Cuban exiles of Brigade 2406 in Spanish following the failed Bay of Pigs Invasion.

It is an honor for me today to be among a group of the bravest men in the world, and to participate in the joy that their family members must feel, who for so long lived in waiting, and prayed and hoped. I feel proud that my son has met your officials. He is still too young to realize what has happened here, but I will take care to tell him the history of your valor as he grows up. It’s my desire and my hope that some day, he will be a man at least half as courageous as the members of the Brigade 2506. Good luck.

While the “Viva Kennedy” campaign worked out for the Massachusetts senator in 1960, whether Buttigieg and O’Rourke can pull it off remains to be seen.