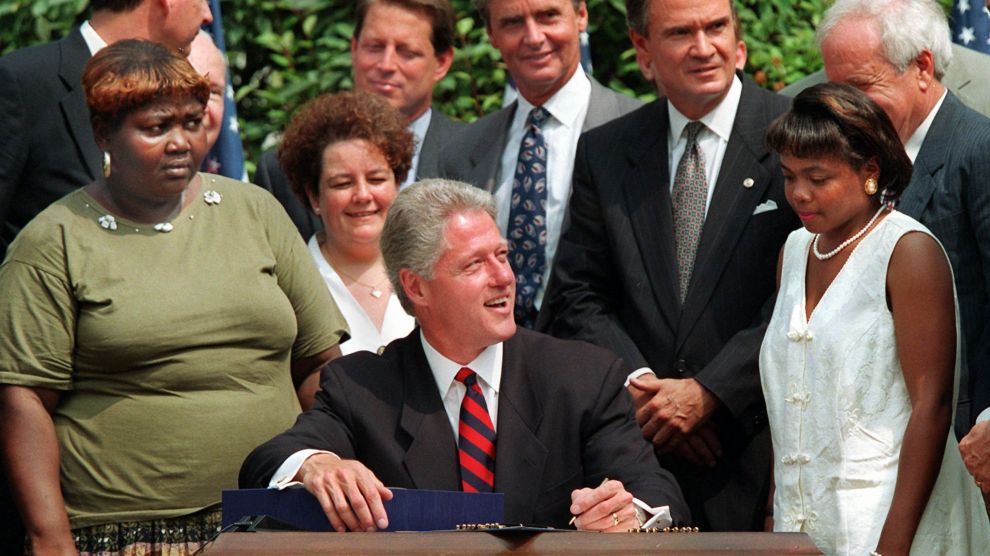 This week marked the 23rd anniversary of welfare reform, a law that ripped a hole in the nation’s safety net under the guise of encouraging personal responsibility among poor families. The nonpartisan Center on Budget and Policy Priorities has marked the anniversary with a look back at how low-income families have fared under the “reform,” and it isn’t heartening.

Very few eligible poor families now receive cash benefits compared with 23 years ago. Overall, CBPP estimates that the Temporary Assistance for Needy Families program could be serving 2.5 million more families living below the poverty line than it does now. Some states are worse than others on this front. At the very bottom end of the scale are Louisiana and Texas, where according to CBPP, only four out of every 100 eligible families receives cash assistance from TANF.  If Louisiana served the same percentage of poor families as it did in 1996, nearly 70,000 families in the state would have received assistance in 2017. Instead, only about 6,000 did. In Texas, the caseload would have been well over 250,000 families. Instead, only 25,000 Texas families received TANF in 2017.

The reason for the large drop in the number of poor families benefiting from TANF is pretty simple. In 1996, Congress passed legislation to eliminate the old Aid to Families with Dependent Children program, which provided cash benefits mostly to poor, single mothers. As an entitlement program, the AFDC program budget adjusted automatically to meet the need, so it didn’t require an act of Congress to increase benefits during a recession. But by the mid-1990s, it had become hugely controversial and plagued with false, racist stereotypes about layabout welfare recipients supposedly living large on the public dime.

With a seal of approval from President Bill Clinton, the GOP-controlled Congress replaced AFDC with TANF, a block-grant program that gave the states a fixed amount of funding, about $16 billion, regardless of how many people were on the welfare rolls or how high the unemployment rate went. The revamped law required strict new work requirements for recipients and imposed time limits on how long someone could receive benefits. States took the opportunity to drop millions of families from the welfare rolls, all while keeping the federal money. States today spend only about a quarter of their TANF budgets on cash assistance to help poor families buy diapers, keep the lights on, and avoid evictions. The rest of the money goes into other things, including anti-abortion crisis pregnancy centers, abstinence-only sex education, and the foster care system—the very place welfare benefits were supposed to keep kids out of.

The original cuts came at a time when the economy was booming during the Clinton years, but since then, the impact of the change has become clear: TANF is doing little to alleviate poverty. That hasn’t kept Republicans from continuing to attack the program as free stuff for the underserving.