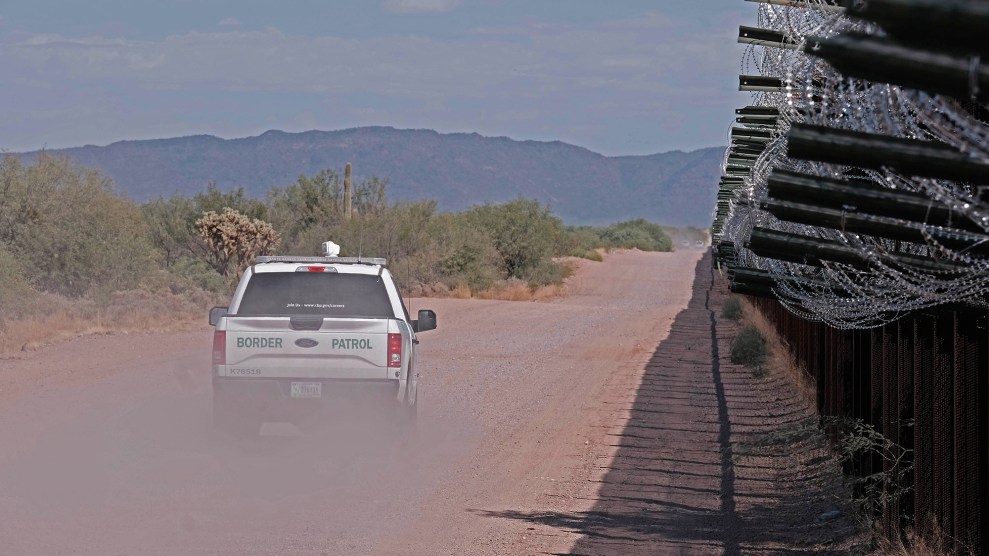 The United States Army Corps of Engineers has built 60 miles of border fencing since President Donald Trump took office. But Trump wants to accelerate that to 440 more miles completed by the 2020 election, and he’s willing to bypass legal procedures to make it happen.

Under the president’s direction, Trump’s aides have hurriedly awarded construction contracts totaling billions of dollars, seized private land through eminent domain, and undertaken unauthorized construction in environmentally sensitive areas, The Washington Post reported. In short, Trump has chosen to defy the law in order to erect a wall he has repeatedly claimed is necessary for maintaining “the rule of law.”

Trump officials have reported that the president has offered to pardon them should they break the law in order to build the wall. A White House official told The Post Trump’s offer was a joke.

Trump’s preference for construction contractors is particularly concerning. Trump wants the Army Corps to award a contract to Fisher Industries, whose CEO has financially backed Trump ally Sen. Kevin Cramer (R-N.D.). Cramer was reportedly outraged that the military awarded contracts to Fisher’s competitors and frustrated at the pace of construction. “I’m not a wall-building expert, but at the pace of the last few years, it’s hard to see how 450 miles gets built with the same process,” Cramer told The Post.

Trump has also demanded that the Army Corps spend extra time and money to make the wall meet certain aesthetic requirements. He wants the wall to be painted black in order to make the surface slippery and hot to the touch. Painting 175 miles of barrier would cost between $70 million and $133 million and cut the total length of fence the Army Corps could build by four to seven miles, according to The Post. He also wants the top of the wall to be built with sharpened points rather than the smooth metal plates of the current design, a modification which could reduce the length of total fence built by two or three miles.

Only 110 miles of the fencing that Trump hopes to add will be located in areas that do not currently have barriers.