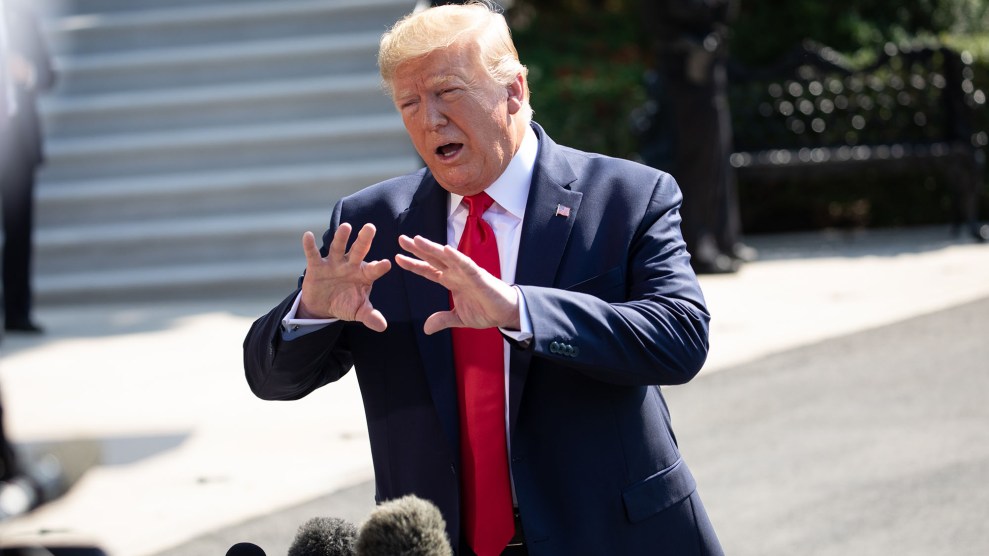 Unsurprisingly, experts aren’t so sure about a claim, tweeted by President Donald Trump on Monday morning, that Google influenced at least 2.6 million Americans to vote for Hillary Clinton during the 2016 election.

Wow, Report Just Out! Google manipulated from 2.6 million to 16 million votes for Hillary Clinton in 2016 Election! This was put out by a Clinton supporter, not a Trump Supporter! Google should be sued. My victory was even bigger than thought! @JudicialWatch

Trump’s tweet was based on research by Robert Epstein, a psychology PhD and onetime editor in chief of Psychology Today. Epstein claimed during Congressional testimony in July that his research showed that Google had, intentionally or not, influenced at least 2.6 million voters and potentially many more, to side with Clinton, the 2016 Democratic candidate. According to Epstein’s paper, his findings are based on an analysis of over 13,000 searches conducted on Google, Bing, and Yahoo, which Epstein said that he overall found favored Clinton.

“I respectfully suggest that he needs to read the political science literature before making that claim.”

Academics that focus on the intersection of media and politics, including two who spoke with Mother Jones, have said that they were suspicious of Epstein’s research or outright called his claims into question.

“When Dr. Epstein says the effects are ‘huge’ and ‘more powerful’ than anything he has ever seen, I respectfully suggest that he needs to read the political science literature before making that claim,” she said. “Large-scale digital mobilization has basically failed to deliver sizable effects in terms of persuasion or turnout.”

“Dr. Epstein needs to be careful with his language on such a fraught topic,” warns Haenschen.

Michael McDonald is an assistant professor at the University of Florida who focuses on American elections. He he said while he was hesitant to criticize the study’s findings without having access to the data that Epstein based his research on, he was still skeptical of the claims.

“We have other similar experiments that haven’t shown the same effects,” McDonald said, like Haenschen, noting that no single force or tactic he’s come across has produced as large of an impact on elections as Epstein alleges Google had on the 2016 election.

McDonald also suggested it was likely that further unpublished research suggested internet methods have little impact on election outcomes: “The way our academic publishing works is that there is a bias to finding effects. So if other studies found no effects, they wouldn’t be published.”

Two UCLA academics who spoke to the Los Angeles Times in March—Ramesh Srinivasan, who focuses on the relationships between technology and politics, and Safiya Noble, the author of “Algorithms of Oppression: How Search Engines Reinforce Racism”—also cast doubt on Epstein’s findings.

Noble specifically critiqued Epstein’s understanding of bias, given that he critiqued the search engine results since they more often provided stories from mainstream outlets like the New York Times and the Los Angeles Times.

Epstein told the paper that he found it “astonishing that Breitbart and some similar websites are not more present, given the enormous traffic some of these websites get, Breitbart especially,” he said. “What you are seeing here might be indicative of a kind of blacklisting.”

Breitbart is notorious not just for pushing conservative positions, but also for their lax and occasionally mistake-prone reporting. Google has been pushing to more prominently feature news from more legitimate sources.

Academics did note that Google’s broad lack of transparency about the algorithms powering its search engine and the company’s ability to manipulate users’ results, the issue underlying Epstein’s concerns, is an issue worth scrutinizing

“The larger issue he is looking at is extremely important,” Srinivasan told the Los Angeles Times. “We turn to these efficient technologies to do almost everything these days without knowing why we see what we see from them or what data is collected about us and how it is being used.”