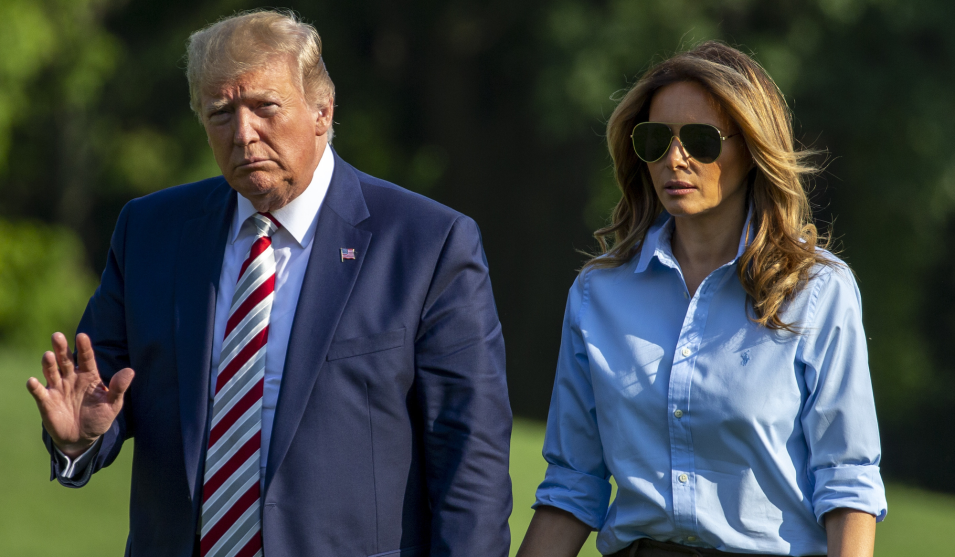 In a teleprompter speech from the White House on Monday, President Donald Trump urged the country to set aside “destructive partisanship” and unite in the wake of two mass shootings that killed 31 people in El Paso, Texas, and Dayton, Ohio.

But just hours ahead of visiting the sites of the massacres—a visit some area lawmakers are not welcoming—bitter partisanship and political attacks were on full display on the president’s Twitter account.

“Beto (phony name to indicate Hispanic heritage) O’Rourke, who is embarrassed by my last visit to the Great State of Texas, where I trounced him, and is now even more embarrassed by polling at 1% in the Democrat Primary, should respect the victims & law enforcement—& be quiet!” Trump said late Wednesday. The president was responding to a widely viewed moment in which O’Rourke, a former congressman from El Paso, expressed visceral anger at both the media and Trump following the shooting.

"What do you think? You know the shit he's been saying. He's been calling Mexican immigrants rapists and criminals. I don't know, like, members of the press, what the fuck? You know, it's these questions that you know the answers to." pic.twitter.com/mW666V11Wc

By Thursday morning, Trump had turned his attention to a much-maligned New York Times headline that had originally read “Trump Urges Unity vs. Racism”—a framing that many said ran counter to the president’s longstanding record of divisiveness and racist rhetoric. That headline was quickly edited to read, “Assailing Hate but Not Guns.”

“Trump Urges Unity Vs. Racism,” was the correct description in the first headline by the Failing New York Times, but it was quickly changed to, “Assailing Hate But Not Guns,” after the Radical Left Democrats went absolutely CRAZY! Fake News – That’s what we’re up against…

Trump then noted reports that a Twitter account apparently associated with the Dayton shooter had a history of supporting leftist causes. However, that shooter’s motives remain unclear.

“Meanwhile, the Dayton, Ohio, shooter had a history of supporting political figures like Bernie Sanders, Elizabeth Warren, and ANTIFA.” @OANN I hope other news outlets will report this as opposed to Fake News. Thank you!

The string of tweets highlighted the wholly inconsistent messaging shaping Trump’s response to the massacres: one that rejects divisiveness before the television cameras while relentlessly attacking his political opponents in other forums.