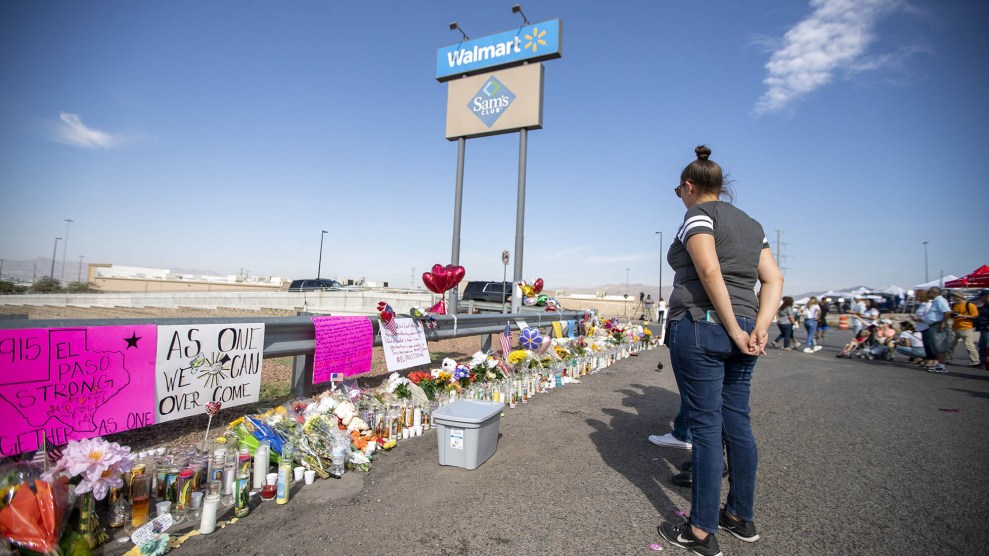 The bipartisan leadership of the House Homeland Security Committee has sent a letter to the owner and operator of 8chan, the online forum where a copy of a manifesto purportedly written by the El Paso, Texas shooter was uploaded, to testify before the committee and answer for the racist and violent content posted to the site.

“Regrettably, this is at least the third act of white supremacist extremist violence linked to your website this year,” Chairman Bennie Thompson (D-Miss.) and ranking member Rep. Mike Rogers (R-Al.) wrote, referencing the April shooting at a Poway, California, synagogue and the Christchurch, New Zealand massacre targeting worshipers at two mosques in March. “Americans deserve to know what, if anything, you, as the owner and operator, are doing to address the proliferation of extremist content on 8chan.”

Earlier on Tuesday, in a video uploaded to YouTube entitled “Sorry for the inconvenience, common sense will prevail,” Watkins pushed back on accusations that his site played a role in either the El Paso shooting, or the one that followed in Dayton, Ohio.

“My company takes a firm stance in helping law enforcement, and within minutes of these two tragedies, we were working with FBI agents to find out what information we could to help in their investigations,” Watkins said in the video. “Our company has always worked with law enforcement to help them with their investigations. We have never protected illegal speech as it seems we have been accused of by some less than credible journalists.”

Watkins argued that 8chan is “an empty piece of paper for writing on,” and claimed that the El Paso shooter had posted his manifesto to Instagram before someone else posted it to 8chan. “I don’t know if he wrote it or not, but it was not uploaded by the murderer. That is clear, and law enforcement was made aware of this before most people had even heard the horrific news.” On Twitter, some supporters of the site seized on Watkins claim, arguing that Instagram should be targeted with the blame and shutdown demands that 8chan has attracted in the wake of the attack.

Watkins took over the site in 2015 from Fredrick Brennan, who had created the site in 2013 as a place where any speech would be allowed, no matter how toxic, according to the New York Times. Brennan told the paper on Sunday that he’s since had a change of heart: “Shut the site down. It’s not doing the world any good. It’s a complete negative to everybody except the users that are there. And you know what? It’s a negative to them, too. They just don’t realize it.”

Read the committee’s letter below: