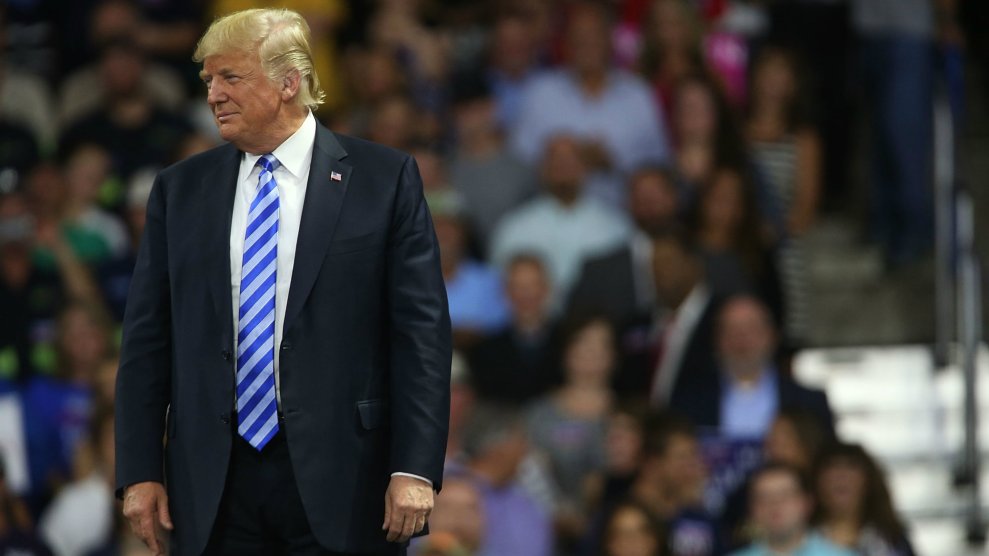 Add Rep. John Ratcliffe (R-Texas) to the list of administration picks for important positions to be withdrawn by President Donald Trump, because he said he wanted to spare the nominee the pain of a tough confirmation hearing. Just five days after announcing Ratcliffe’s nomination to replace Dan Coats as the head of the United States intelligence community, Trump withdrew his name from consideration, blaming “the LameStream Media.”

….John has therefore decided to stay in Congress where he has done such an outstanding job representing the people of Texas, and our Country. I will be announcing my nomination for DNI shortly.

Ratcliffe, a three-term congressman with no experience in the intelligence community, had been hounded by news coverage this week critical of his thin resume and history of embellishing aspects of his law enforcement career. Formerly a small-town Texas mayor and counterterrorism prosecutor, Ratcliffe was nominated Sunday to lead the nation’s seventeen intelligence agencies and represent their views to Trump.

The position, which was created in the aftermath of the September 11 attacks, had previously been filled by appointees with a long history in either the intelligence community, military, or national security establishment. Coats, a former diplomat and longtime lawmaker from Indiana, had garnered praise in the role for shielding the intelligence agencies from Trump’s frequent criticisms. Initially, the concerns about Ratcliffe’s nomination focused on his stunning lack of experience for the job, having never served in the military or in intelligence services. As I reported on Monday:

Ratcliffe, if confirmed by the Senate, is expected to infuse a traditionally apolitical job with a partisan edge. That has Trump critics concerned, given that the national intelligence director’s main role is to deliver the president’s daily intelligence briefing.

But then, as with any major Executive Branch appointee, Ratcliffe’s background was scrutinized and a series of stories emerged that questioned details of his past. On Monday, ABC News reported that he embellished his role in a federal case involving individuals accused of funneling money to Hamas. Ratcliffe said in a 2015 press release that he “convicted individuals” involved in the case, but sources who spoke with ABC News said they “had no recollection of Ratcliffe being involved with any of the proceedings that resulted in the convictions of their clients.” As a prosecutor, Ratcliffe claimed to have “arrested over 300 illegal immigrants on a single day,” but the Washington Post reported Friday that he played only a “supporting role” in the sweep, which was less successful than his boast implied. “Only 45 workers were charged by prosecutors in Ratcliffe’s office,” the Post reported. “Six of those cases were dismissed, two of them because the suspects turned out to be American citizens.”

Despite his lack of traditional credentials, Ratcliffe garnered Trump’s esteem through frequent cable news appearances, where he sharply criticized former special counsel Robert Mueller’s investigation and floated a conspiracy theory about a “secret society” working against Trump within the FBI. During congressional hearings with former attorney general Loretta Lynch and ousted FBI director James Comey that took place during the 2016 campaign, Ratcliffe pushed the narrative that career, national security officials are biased against Trump. He most recently won Trump’s admiration for a colorful exchange with Mueller at last week’s congressional hearing. Ratcliffe accused Mueller of breaking “every DOJ principle about extra-prosecutorial commentary” by outlining possible evidence of Trump obstructing justice without actually indicting him.

But Ratcliffe’s appointment was not to be. Senate Democrats had already begun a campaign to question his qualifications and crucial Republican votes, like Senate Intelligence Committee member Sen. Susan Collins (R-Maine), showed little interest in defending him. Ratcliffe “was watching coverage of his possible nomination pile up, and the White House was getting word that he would struggle to get enough Republicans to confirm him,” Axios reported.

Other recent White House appointees have withdrawn under similar scrutiny from the press, which has prompted more media criticism from Trump. After Ronny Jackson, Trump’s pick to lead the Department of Veterans Affairs, withdrew last year, Trump called allegations of his unprofessional conduct a “disgrace” and evidence of his critics “trying to destroy a man.”

Trump has not yet selected another nominee but other possibilities have included former CIA analyst Fred Fleitz, who is close to national security adviser John Bolton, and Gen. Joseph Dunford, former chairman of the Joint Chiefs of Staff.