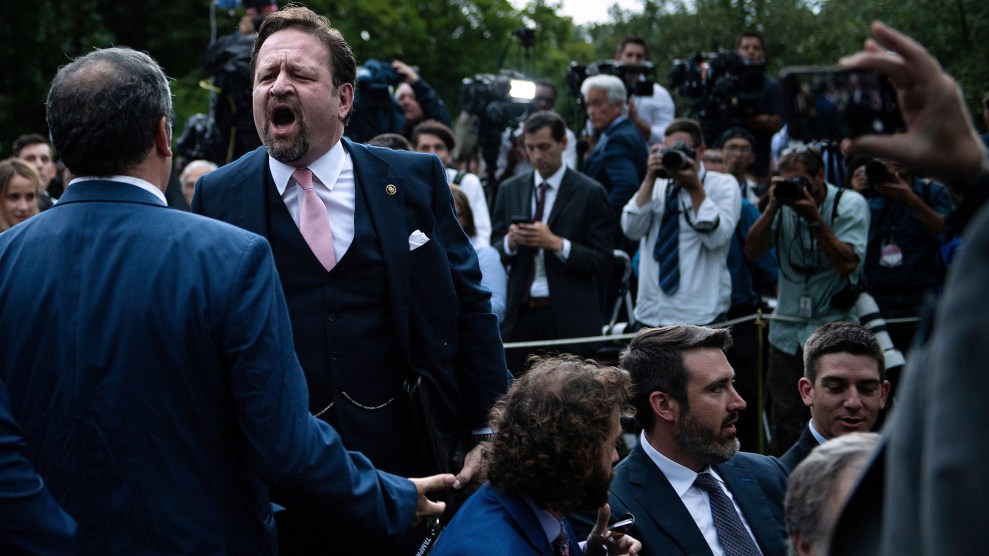 Consider a few important, but seemingly unrelated moments from history: The creation of the First Amendment of the Constitution of the United States; the rise of Twitter and social media; the election of Donald Trump; the rise of the alt-right; 4Chan and 8Chan; the Republican party.

All of these timelines converged today at the White House with President Donald Trump’s official social media summit, where right-wing trolls were invited to complain about alleged-censorship and media bias. For nearly an hour, Trump spoke to a room of very paranoid and very online conservatives, including memesmith Carpe Dunktum, the double felon who disseminated the “Kamala Harris isn’t black” hoax, Ali Alexander, and QAnon conspiracy amplifier Bill Mitchell. During the event,  the President complained that Twitter and other social media platforms conspire against him, accused Democrats of being communists, and tried to fight a fly.

It was the latest charge in a long-running conservative campaign to frame technology companies as biased against Republicans. There isn’t firm data to suggest this is true—in fact many of the claims are so patently ridiculous and obviously untrue that they betray a profound misunderstanding of how these platforms even work—but that has not stopped right-wingers from spinning unverifiable anecdotes into vast conspiracies.

The event was riddled with controversy before it even began. Earlier in the day, the White House had to disinvite one participant who created a cartoon that Anti-Defamation League called “blatantly anti-Semitic.”

At the event, attendees were greeted by large posters of misspelled words.

The White House printed out various definitions of words at the Social Media Summit. pic.twitter.com/Ct1rBx6yQ7

The absurdity continued well into the festivities.

In attendance was Charlie Kirk, whose organization Turning Points USA has a recurring problem with racist personnel.

Charlie Kirk declares the Social Media Summit is “the most powerful room of influencers I’ve ever seen.”

Finally the main event began, with Trump complaining about how he doesn’t have enough followers.

Here’s the president alleging that Twitter officials are engaged in a massive conspiracy to reduce his number of followers pic.twitter.com/PvIBaFe5RA

Donald Trump Jr. was into it.

But a fly was not.

Trump gets perturbed by a fly buzzing around his head, swats at it and says, “How did a fly get into the White House? I don’t like flies.” pic.twitter.com/dHQ2fAxOC0

Actual quote from the president: "To me free speech is not when you see something good and then you purposefully write bad. To me that’s very dangerous speech and you become angry at it. But that’s not free speech."

He returned again to his main obsession: being mad about Twitter.

These claims Trump is making about Twitter conspiring to reduce his follower count are complete and utter nonsense. Listen to this. pic.twitter.com/waSvVNPMYz

The event’s ending didn’t quell any of its absurdity; it exacerbated it. After Trump left without taking questions, former Trump adviser Sebastian Gorka created his own grande finale by yelling at Playboy’s White House reporter Brian Karem. “You’re threatening me in the Rose Garden,” Gorka yelled before walking away as Trump supporters chanted “Gorka,” before one said, “just for the record, he’d kick your punk ass.”

POTUS leaves without taking questions. “Talk to us! The real news!” Then this mess unfolded with Sebastian Gorka yelling at a journalist. Supporter say Gorka could “kick your punk ass.” This is happening in the Rose Garden. pic.twitter.com/FmE4KYT9eO

On Tuesday, Sen., Cruz’s office said that he would hold a hearing next week on Google’s supposed conservative bias, ensuring that that the messy grandstanding will only continue.