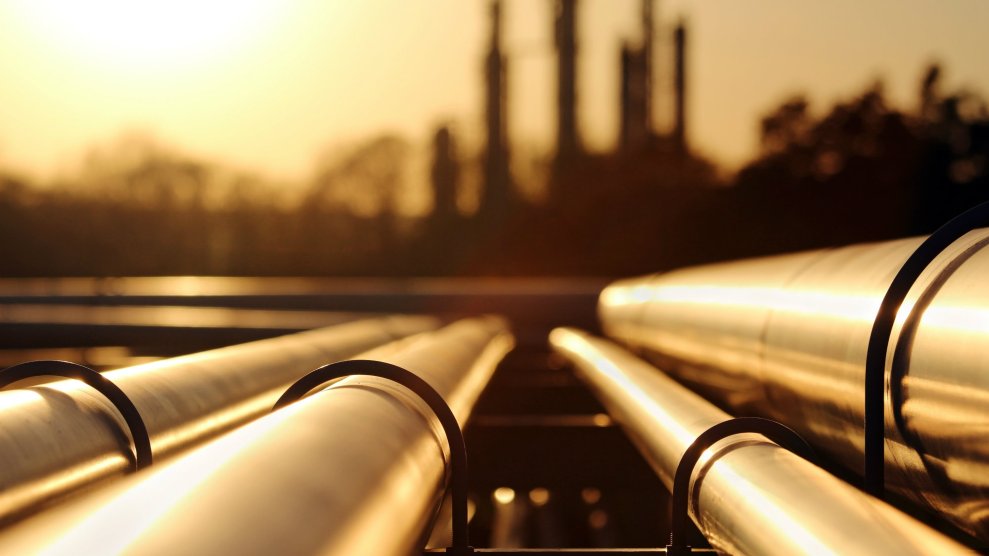 In early fall 2017, two Bureau of Land Management archaeologists drove to a Chevron oil and gas site in the dry grasslands of southeast New Mexico. The oil company had damaged a Native American archaeological site, and they needed to assess the situation. What they found raised thorny questions about what’s happening on the ground—out of the public eye and inside the BLM, an agency tasked with managing 245 million acres of land for the American public’s benefit.

The archaeologists, who worked at the Carlsbad Field Office, saw a bulldozed area where, judging by a thermal feature, a centuries-old fire pit or earthen oven used to be. “They had blown a road right through it,” Jasmine Kidwell, one of the archaeologists, told High Country News. The BLM had recommended that Chevron reroute a road in order to avoid the site, which was probably Apache or Jornada Mogollon. But according to documents HCN obtained through Freedom of Information Act Requests, the company stuck with its original plan.

The other BLM archaeologist, whose name was redacted in the documents, told a supervisor that the destruction needed to be fully assessed under the National Environmental Policy Act. Her supervisor disagreed. Over several months, the archaeologist found more damaged sites, yet assessments were still denied, she says. The lack of response created a chilling effect for employees raising environmental concerns or providing professional opinions, she later told investigators after filing a complaint to the Office of Inspector General (OIG) at the Interior Department.

By November, the archaeologist expressed concern that if nothing was done, oil and gas companies “would simply continue destroying other sites.” A colleague scolded her for being “too emotional” and taking her job too seriously. She ultimately “felt she (had) no options but to find a new job,” and she no longer works in Carlsbad. OIG spokesperson Nancy DiPaolo confirmed that a complaint was made 17 months ago, but said that her agency referred it to the BLM.

This is one of several official complaints that staffers made in 2018, alleging that the BLM violated environmental and archaeological laws to expedite oil and gas development near Carlsbad, New Mexico. The allegations come amid a massive oil and gas boom in the Permian Basin, which stretches from West Texas into southeast New Mexico.

Through documents and interviews with former employees, HCN found that Carlsbad BLM staffers tried to sound an alarm, warning that their agency was engaging in favoritism and skirting environmental regulation in favor of drilling. It’s been over a year, yet the whistleblowers’ complaints have languished without any apparent response.

In 2018 the OIG received at least six complaints about alleged corruption at the Carlsbad office, according to documents HCN obtained.

According to one OIG investigation, an employee described what investigators summed up as a “general apathy toward regulations” at the Carlsbad Field Office. The highest levels of the agency exuded this apathy, one tipster said, blaming Mike Nedd, BLM acting director at the time. “(Nedd) stated that (natural resource specialist) staff should protect any staff that chooses to overlook regulations,” one anonymous complaint reads. (Nedd was moved to a different position that year, and at least two other appointees have since held his job. Two and a half years into the Trump administration, the BLM still lacks an actual director.)

In a 2018 interview with OIG investigators, one BLM employee recalled a top official promising a roomful of staffers in 2017 that they would be “protected” in expediting drilling permits. One employee asked, “Protected from what?” According to another, the official then “back-peddled,” [sic] trying to indicate that he wasn’t encouraging them to skirt any laws.

When the OIG asked the official about the exchange, he called the report “grossly inaccurate.” The OIG concluded that it “found no evidence” of wrongdoing, though only three interviews appear in the investigation, one of them with the top official himself.

Though Randal Pair, a BLM employee at the Carlsbad Field Office from 2012 through 2017, was not one of the anonymous whistleblowers, he expressed concern about the pressure inside the agency. Now retired, Pair told HCN that the office was understaffed and overloaded, and that during his stint there, the pressure increased over time. “There were a lot more requests for applications (for drilling and rights of way) than we had the personnel to process,” Pair said. “No one was paying enough attention to anything.”

Pair added that managers often approved drill plans without the necessary signoff from the biologists and cave experts tasked with ensuring that sensitive resources were protected. He was unaware of his colleagues’ OIG complaints, but said, “I’m glad to hear it. They were getting overruled by the managers; I’m glad that they didn’t just let it go.”

Oil and gas has long been a priority in southeast New Mexico. Pair and other former employees said that even under President Barack Obama, Interior and BLM leadership encouraged drilling. But in 2017, industry and national officials ramped up the pressure. Drillers made new oil discoveries, and Trump signed an executive order that prioritized energy development over other public-land uses. Jim Goodbar, a national cave and karst expert in Carlsbad who worked for the BLM for 38 years, noticed a significant shift in office culture before he retired in January 2018. “Some staff have lost sight of what the BLM mission is and are only focused on what will move them forward in their careers,” he said.

In another anonymous complaint, a staffer described decisions related to a 6 million-acre new resource management plan as “arbitrary and capricious,” adding that national leadership gave direction over the phone or in person, “since having a paper trail…would leave evidence of (Federal Land Policy Management Act) violations.”

HCN looked into six complaints. OIG has found no wrongdoing in two of them, though it provided little explanation for its findings. The other four were sent to the BLM to handle.

The BLM did not respond in time for the deadline to comment.