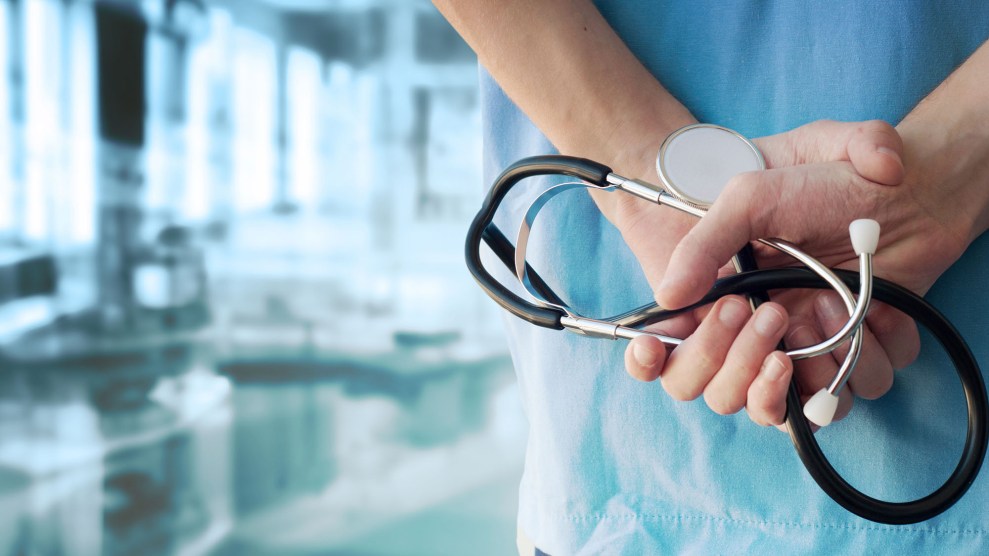 Hospitals in rural areas are losing money and sometimes closing down, taking away jobs and limiting health care options for some of the nation’s poorest citizens, according to a study published earlier this week by the Pittsburg Morning Sun and GateHouse Media. And the decision to reject a key part of Obamacare by Republican politicians in red states is exacerbating the problem.

The hospital closure crisis is most pronounced in states that have declined Medicaid expansion, the policy in the Affordable Care Act that offers coverage for individuals whose income is at or below 138 percent of the federal poverty line. Of the 106 rural hospitals that have shut down since 2010, 77 were located in states that hadn’t expanded Medicaid, the study found.

Hospital closures can have devastating impacts on rural communities, Patti Davis, president of the Oklahoma Hospital Association, told GateHouse. “Health care professionals leave, pharmacies can’t stay open, nursing homes have to close and residents are forced to rely on ambulances to take them to the next closest facility in their most vulnerable hours,” Davis said.

Most closures have happened in places where people came out in droves to vote for Donald Trump—and yet his administration hasn’t done much to turn the tide. Legislation sponsored by Rep. Sam Graves (R-Mo.) would expand funding and create more protections for rural hospitals. But the bill hasn’t gained much momentum: It has sat dormant in the House since 2015, though it was reintroduced last year. Meanwhile, in January, the Centers for Medicare and Medicaid Services reduced the reimbursements for a program that allows rural hospitals to buy drugs at significant discounts. And Republicans have suggested turning Medicaid into a block grant—a fixed amount of money doled out to states. Critics argue this system would just lead to more funding cuts as politicians wrestle over who gets what, potentially leaving hospitals worse off than before.

To date, 14 states have refused to adopt Medicaid expansion, which the federal government pays 90 percent of the costs for, and another three states have not yet implemented it after approving the program. Hospitals in non-expansion states have suffered in part because the states that have resisted the program have higher rates of uninsured people, which means the hospitals there have to provide more uncompensated care, Andrews wrote. The GateHouse study points out that Medicaid expansion would not have prevented all rural hospital closures, but that it would significantly boost funding for medical facilities in some of America’s poorest communities.

The study highlighted Kansas as the state where hospitals have suffered the most, with 70 of its 109 rural hospitals losing money between 2011 and 2017. That crisis has prompted some Kansas Republicans to come around in favor of the program, but the state legislature punted deciding the issue until next year.

The new study also singles out Utah as a rare success story: the state’s rural and urban hospitals share revenue, so only 14 percent of its rural hospitals lost money in the same time period. Creating a statewide network of hospitals that support each other could be one way to mitigate the rural hospital crisis in other places. Utah voters also approved a ballot measure last fall to adopt Medicaid expansion, though that is still in limbo as Republican lawmakers in the state have tried to get an alternative plan approved by the Trump administration.