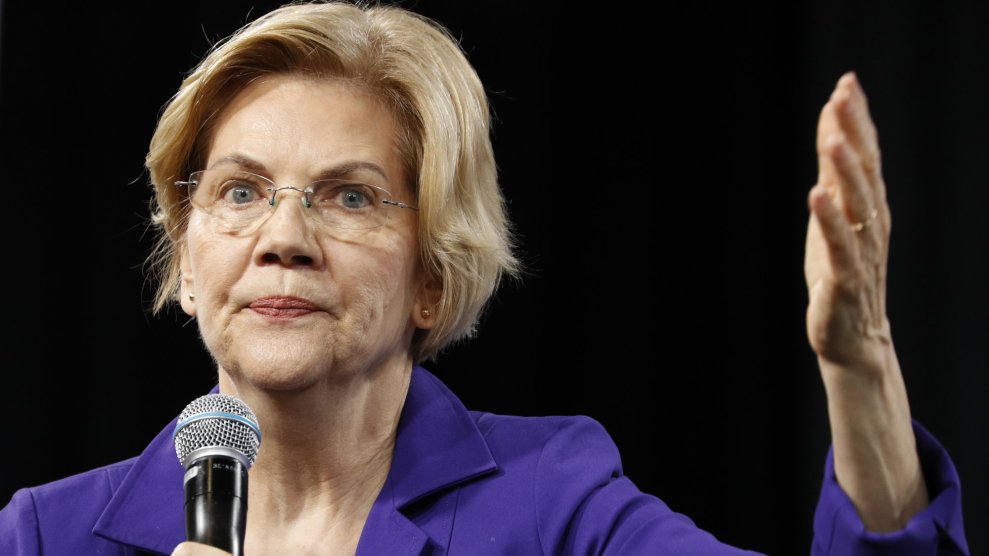 “I am gravely concerned that Mr. Blankenstein has been hired as a Special Counsel in HUD’s Office of General Counsel,” Warren’s letter stated. “His troubling views suggest that he will be unable to fulfill core parts of HUD’s mission.” Last week, Politico reported that Blankenstein, who served as Policy Associate Director at the CFPB from February 2018 until his resignation last month and was responsible for enforcing fair lending laws, would be joining HUD as special counsel focusing on a mortgage program that disproportionately affects black and brown Americans.

Last September, a story in the Washington Post revealed that in 2004 Blankenstein ran a blog with two other people, and it was rife with racist ideas about hate crimes. In the blog (which is still online as of this writing), Blankenstein, who wrote under the username “egb3r”, calls University of Virginia’s attempt at enhancing the punishment for hate crimes “racial idiocy” and said hoax hate crimes are “three times as prevalent as actual hate crimes.”

Blankenstein appeared unconvinced that his racial slurs were actually offensive. “Fine….let’s say they called him n*gger….would that make them racists, or just a**holes looking for the most convenient way to get under his skin?”

After the posts came to light, Blankenstein did not issue an apology nor distance himself from those beliefs. Instead, he charged that the posts were irrelevant because he was only in his twenties when he wrote them. “The need to dig up statements I wrote as a 25-year-old shows that in the eyes of my critics I am not guilty of a legal infraction or neglect of my duties, but rather just governing while conservative,” he said in an official statement.

When the story came out, CFPB was plunged into turmoil. Patrice Finkin, a senior civil servant sent a out a mass email to her colleagues saying, “The tone and framing are deeply disturbing to me as a woman, African American, advocate for LGBTQ rights, and human being.”

But Blankenstein remained in his $295,500-a-year job until May 19, when he resigned. Now, he has been hired to work with Ginnie Mae, a HUD program that helps underserved communities secure loans for mortgages through the Federal Housing Act. Since 1968, the program has financed loans for 53 million households. “It is simply impossible to believe that Mr. Blankenstein, with his history of racist writing can fairly and equitable address these and other Ginnie Mae matters under his purview,” Warren said.

Warren has given Carson until July 5 to answer questions about how the hiring process was handled, and how Blankenstein was vetted for the job. “Our country is currently in the midst of a housing crisis that disproportionately affects people of color. It is imperative that HUD recognizes the importance of addressing this crisis not just in the policies it pursues but also in the people it hires.” Warren is also asking the secretary to rethink the decision to hire the former CFPB official. “Mr. Blankenstein’s racist writings disqualify him from working at HUD and I ask that you reconsider your decision to offer him a position in your department.”