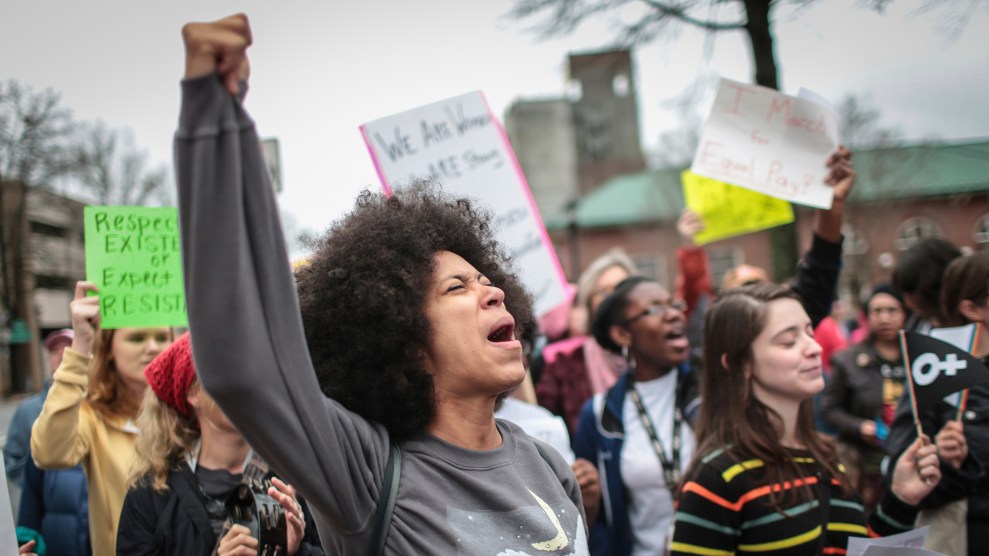 I get it, you’re angry. So am I. But do not boycott the South.

The past couple of weeks have seen a flood of horrifying news from the Southeast, from my home. The outright ban on abortion that passed recently in Alabama has perhaps drawn the most powerful reactions, but it’s joined by laws that passed through the Missouri and Georgia legislatures earlier this month, and through the Mississippi legislature before that, that ban abortion after a “fetal heartbeat” is detected. Louisiana, meanwhile, is on the precipice of passing a similar law; the bill has one last vote before it clears the statehouse, and the Democratic governor has promised he’ll sign it once it lands on his desk.

It’s new and it’s not—the flood of abortion restrictions has been more of an inevitability than a possibility for quite some time, long before Donald Trump became president, long before Brett Kavanaugh took the bench on the Supreme Court. This did not materialize out of thin air, did not simply spring forth in an instant from behind the ribs and inside the skulls of men who have long enjoyed wielding their power, disguised as piety, over women in their districts.

This did not materialize out of thin air, did not simply spring forth in an instant from behind the ribs and inside the skulls of men who have long enjoyed wielding their power, disguised as piety, over women in their districts.

No, we could have seen this coming from a country mile away. And the long-churn change needs long-turn response; it calls for strategy and organizing and hard work, a lot of which is in fact being done in the Southeast and other affected states.

Right now, Georgia, which has become a hub for the entertainment industry in recent years thanks to generous tax incentives, seems to be ground zero. Alyssa Milano, bless her heart—I do think she has the very best intentions. I get where she’s coming from, threatening to walk away from her Netflix show that is filmed there and calling for more actors to join her boycott. Milano is certainly not alone—Kristen Wiig announced that she would not shoot her new film, Barb and Star Go to Vista del Mar, in the state, and a handful of production companies have announced a boycott as well. Amazon Studios also announced earlier this week that it had decided against shooting its new television series based on The Power by Naomi Alderman in Georgia. But it seemed ironic to me that a dystopian series in which women develop the ability to shoot electricity from their hands wouldn’t be set in a state like Georgia, where, despite recent events, there’s a growing class of black female politicians who are fighting back, a state where generations of activists have fought for the rights of women and people of color.

I understand the idea that economic pressure will force these lawmakers to respond, and maybe it will, but their rationale is not precisely rational, so I wouldn’t count on it. Boycotts like these are just not the best way to effect lasting change. But for the sake of argument, let’s look at what happened last time y’all decided to do it.

In March 2016, North Carolina passed a law requiring people to use bathrooms that correspond with the sex on one’s birth certificate, drawing outrage for the way it discriminated against trans individuals. The offending section of the law was ultimately repealed a year later, but not before it had cost the state’s economy somewhere between $450 million and $630 million, which, as Politifact pointed out, was a mere 0.1 percent blow to the state’s GDP. At the time, it seemed like a lot, especially to people living there—musicians canceled tour stops in the Tar Heel State; the NCAA refused to hold championships there; nonessential government travel was banned by a handful of cities and states; and corporations like PayPal pulled out of expansions that would have created jobs. The Associated Press estimated that if the law had remained intact, it would have cost North Carolina $3.76 billion over 12 years. Still, the economic losses didn’t move Gov. Pat McCrory one iota. (The law was only overturned after a Democrat, Roy Cooper, was elected governor in an incredibly tight race.) Taxpayers meanwhile had to foot the bill to fight the lawsuits filed against HB 2, and the AP estimated that the state missed out on 2,900 direct jobs.

In the end, the boycotts cost jobs in a state that needed them. They cost the people, not the politicians. They also arguably couldn’t change things over the long term; that bill’s sponsor, Dan Bishop, just won the Republican primary to represent North Carolina’s 9th District in the House of Representatives.

It rings in my ears and weighs on my heart when my complicated, diverse, multicultural home is reduced to a monolith where old white men reign supreme and everyone believes the same thing.

If you think Georgia will be different, consider that Gov. Brian Kemp is, at least for now, taking a page from the McCrory playbook, dismissing the boycott threats as “squawk” from “C-list celebrities.”

I understand you’re upset, and please do not misunderstand—it’s justified. But if you’ve never lived in the Southeast, if you’ve never called it your home, you cannot imagine the depth and scope of my anger, and of my peers’. It rings in my ears and weighs on my heart when I inevitably see and hear my friends and family being diminished down to rednecks who don’t deserve reproductive health care, when my complicated, diverse, multicultural home is reduced to a monolith where old white men reign supreme and everyone believes the same thing.

Know I too am upset about the recent laws, but I am desperate for Southerners to have better public education, better medical care, better odds at a better life. I think about the young women who are growing up like I did, in the rural South, without access to medically accurate sex education, much less effective contraception, much less an abortion clinic within 75 miles. I’ve watched people who have never been to the South, who have no interest in the South, panic about the heartbeat bans. What they don’t understand is that reproductive health care in the South is already lacking, to say the least, and has been for quite some time.

So, no, you do not get to boycott the South.

Instead, support efforts to change it. JJ Abrams and Jordan Peele, for instance, are shooting their new television series, Lovecraft Country, in Georgia, and they plan to donate earnings to the ACLU and Fair Fight Action, a voting rights group helmed by Stacey Abrams, who has also spoken out against efforts to boycott the state. The reality is there are good, hardworking folks from Nashville to Memphis, from Atlanta to Athens, from Birmingham to Huntsville, from Tupelo to Jackson. There are folks who are spearheading efforts to elect more progressive politicians, to raise the minimum wage and alleviate the poverty that has long plagued the region, to offer comprehensive sex education, to make contraception more accessible in rural areas. These people are of every gender, race, class, and religion; they bust your stereotypes and they’re dedicated to their cause, to make the South a place where all are welcome, always. Invest in them. Invest in organizations that help women get abortion care across the Southeast. Invest in groups that are fighting to elect women and people of color to office, often in deeply gerrymandered districts. Invest in folks who are feeding the hungry in the South, who are spearheading education efforts, who are working to make women, people of color, and LGBTQ Southerners feel safe, who believe that y’all means all.

If you do not live in the South, if you have never lived in the South, if you’re one of those people who bemoaned your “liberal bubble” after the 2016 election, don’t boycott or joke about those backwards people and how easy it is to boycott a place you would never be caught dead in. Give your money, give your time, give your resources. Help us fight.