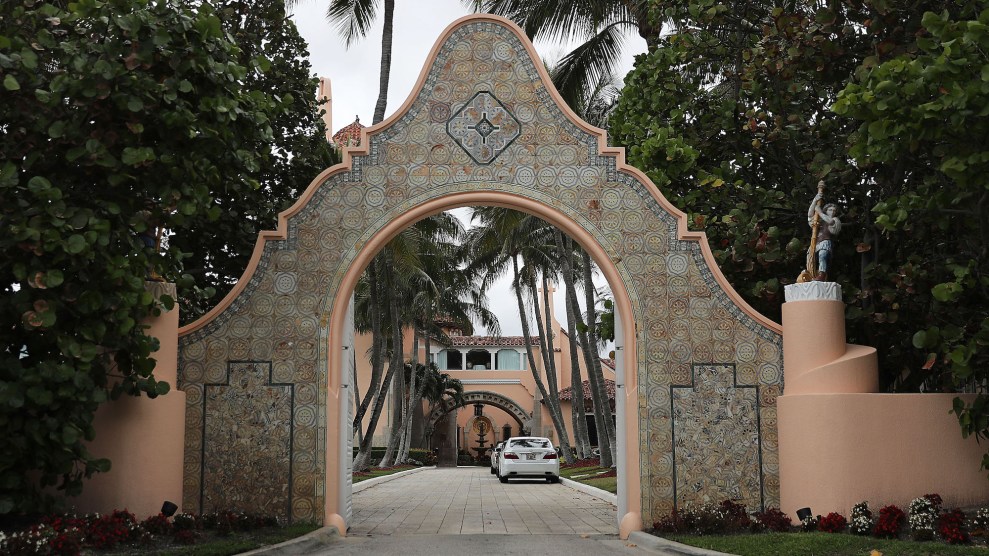 A Chinese woman arrested after breaching security at President’s Donald Trump’s private club in Florida had a signal detector, other electronics, and thousands of dollars stashed in her hotel room, federal prosecutors said during a court hearing in West Palm Beach, Florida on Monday. On March 30, Secret Service agents arrested Yujing Zhang at Mar-a-Lago and, according to an affidavit filed in federal court, found her carrying a thumb drive containing malware, four cell phones, a hard drive, and a laptop. The new disclosure will certainly capture the attention of counterintelligence experts who have expressed concern about her alleged intrusion. But during the hearing, assistant US attorney Rolando Garcia said there is “no allegation that she is involved in any espionage.” Garcia also claimed that Zhang “lies to everyone she encounters,” according to multiple reports.

Prosecutors said that a search of Zhang’s hotel room revealed a signal detector designed to find and detect hidden cameras, a cell phone, nine USB drives, five SIM cards, several credit cards, and $7,500 in cash. Zhang has been charged with making false statements to federal authorities—that is, allegedly lying to a Secret Service agent about her attempt to gain entry to Mar-a-Lago—and unauthorized entry of a restricted area. Trump was staying at Mar-a-Lago that weekend but reportedly golfing elsewhere at the time of her arrest.

A Secret Service agent, Samuel Ivanovich, testified Monday that that the agency has not yet completed an analysis of the malware on Zhang’s flash drive. Ivanovich said another agent had put Zhang’s drive into a computer and noticed that it immediately began installing files, the Miami Herald reported. As a result, the agent stopped analyzing the drive to avoid further corrupting the computer.

According to the affidavit filed by a Secret Service agent, Zhang falsely told the Secret Service that she was at the club to go to the pool. Later she claimed that she had come to Mar-a-Lago to attend an event held by the “United Nations Chinese American Association” and that she had been sent there by a friend named Charles who had told her to travel from Shanghai, China, to Palm Beach, Florida, to attend the event and attempt to “speak with a member of the President’s family about Chinese and American foreign economic relations.” The day Zhang that showed up at Mar-a-Lago an event was scheduled there that night that had been promoted by Li “Cindy” Yang, a Trump donor who has owned massage parlors and who ran a business that offered Chinese clients opportunities to “interact with the president” and other GOP figures at Mar-a-Lago and elsewhere. The featured speaker at this event was Elizabeth Trump Grau, the president’s sister. This event at Mar-a-Lago, though, had been canceled after Mother Jones and the Miami Herald reported on Yang’s activities. Zhang’s account suggested that she may have been in contact with Li Weitian, a Chinese businessman who goes by the name Charles Lee, who created a group called the United Nations Chinese Friendship Association and who had sold travel packages that included admittance to the Yang-promoted event at Mar-a-Lago to Chinese executives. Mother Jones has reported that Lee and his United Nations Chinese Friendship Association have ties to the Communist Party and Chinese government outfits. Lee did not respond to email requests for comments.

At the hearing for Zhang on Monday, federal prosecutors did not address Zhang’s connection to the man she identified as Charles or any possible link she had to the United Nations Chinese Friendship Association. Last week a public defender assigned to Zhang told Mother Jones he would not comment on her case.