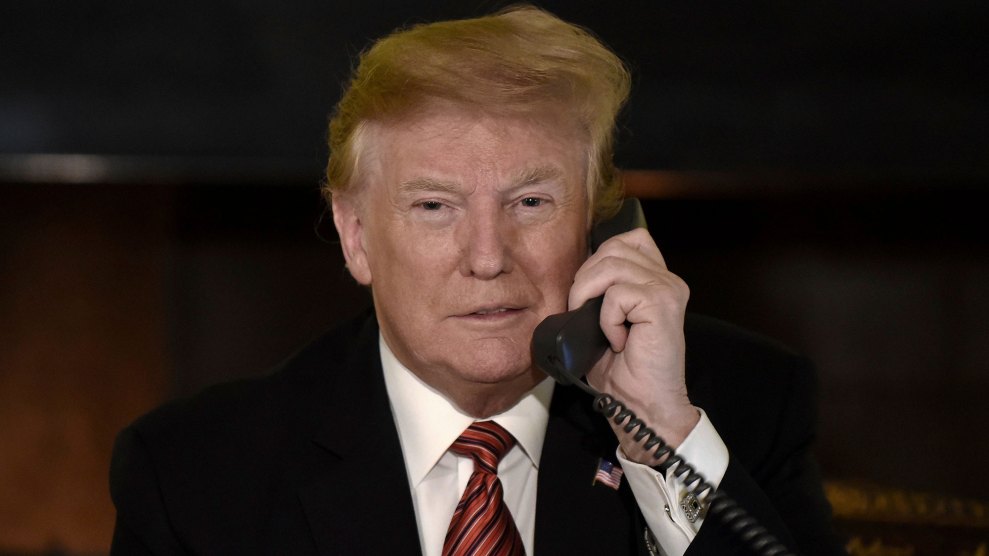 The president had a few things to get off his chest Sunday morning, so naturally he called into Maria Bartiromo’s Fox News show to complain about the state of America’s immigration system. His main gripe? That his administration can no longer separate children from their family.

“We go out and we stop the separation,” Trump said. “The problem is you have 10 times more people coming up with their families. It’s like Disneyland now. You know, before you’d get separated so people would say, ‘Let’s not go up.’ Now you don’t get separated and, you know, while that sounds nice and all, what happens is you have—literally you have 10 times more families coming up because they’re not going to be separated from their children.”

In the interview, Trump alluded that his problems stem from the laws that require processing and court dates for asylum seekers. He has repeated similar claims about how he thought family separation was effective, but he has denied in other interviews that new changes to immigration policy are an attempt to bring the unpopular policy back. “The problem is we have to register them, we have to bring them to court,” he told Fox. “Another country just says, ‘Sorry, you can’t come into our country,’ and they walk them out. In our country you have to bring them to court, you have to have Perry Mason involved. I mean, you know, it’s all legal.”

There has been an influx of Central American families and migrants seeking asylum in the United States, but as Mother Jones’ Noah Lanard has noted, the heavy focus on deterrence over alternatives to detention and expanding capacity in evaluating asylum claims has led to years of backlogs in cases. Trump has wanted instead to change asylum rules so it becomes near-impossible to request protection.

Trump’s most radical policies, like family separation, have sometimes been blocked by courts.

Last June, US District Judge Dana Sabraw ordered the Trump administration to find and reunite the over 2,000 migrant families that had been separated, imposing a 30-day deadline. But the administration had quietly enacted the policy long before that, and the number of children possibly separated may have numbered in the thousands. In January, the Department of Health and Human Services Inspector General issued a report that “thousands of children may have been separated during an influx that began in 2017, before the accounting required by the Court.” HHS in some cases lost track of the children. “The total number of children separated from a parent or guardian by immigration authorities is unknown,” the report stated.

This week, Sabraw gave the government a six-month deadline to locate the children.