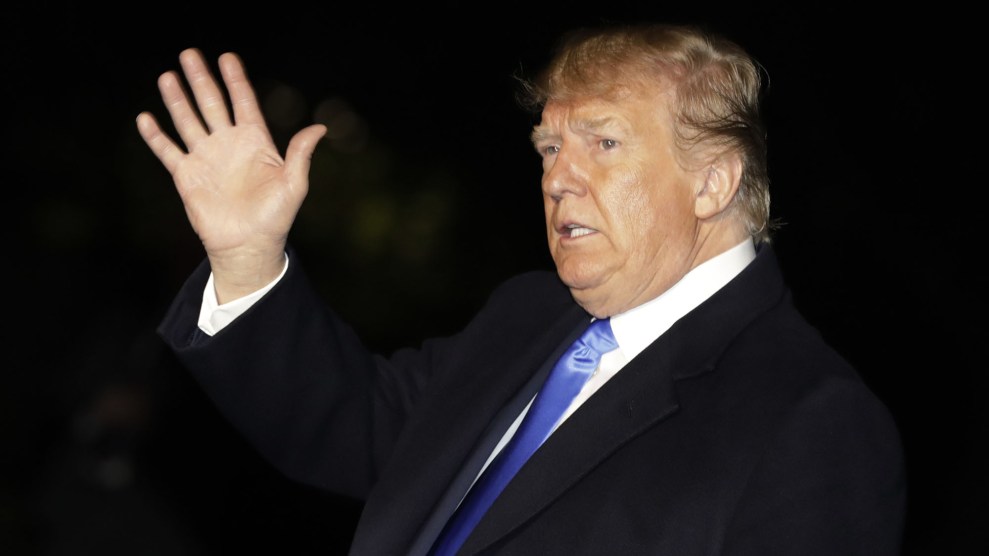 President Donald Trump unsuccessfully pushed to close the border in El Paso, Texas, told Border Patrol agents to turn back migrants despite the fact that doing so would be illegal, and has been pushing to reinstate a more aggressive family separation policy than the one that tore apart more than 2,500 families last spring, CNN reported on Monday.

Last month, Trump ordered since-ousted Homeland Security Secretary Kirstjen Nielsen to shut down some or all El Paso border crossings the next day, on March 22, at noon, according to CNN.

Nielsen told Trump that would be a bad and even dangerous idea, and that the governor of Texas, Republican Greg Abbott, has been very supportive of the President.
She proposed an alternative plan that would slow down entries at legal ports. She argued that if you close all the ports of entry all you would be doing is ending legal trade and travel, but migrants will just go between ports.
According to two people in the room, the President said: “I don’t care.”

The federal government is required to process migrants who cross the border without authorization and allow asylum seekers to make their cases for protection if they demonstrate a “credible fear” of being persecuted in their home countries. Trump reportedly told Border Patrol agents in Calexico, California, on Friday that they should simply force back the migrants they encounter.

Behind the scenes, two sources told CNN, the President told border agents to not let migrants in. Tell them we don’t have the capacity, he said. If judges give you trouble, say, “Sorry, judge, I can’t do it. We don’t have the room.”
After the President left the room, agents sought further advice from their leaders, who told them they were not giving them that direction and if they did what the President said they would take on personal liability. You have to follow the law, they were told.

Trump has also spent months pushing to reinstate some form of the family separation policy that he was forced to abandon in June, CNN and NBC News are reporting. Trump is calling for a more comprehensive version of the policy than the one that was adopted across the border last spring. Instead of separating families who cross the border without authorization by prosecuting them for illegal entry, Trump also wants to split families who come to official ports of entry to request asylum, which now requires weeks of waiting.

According to multiple sources, the President wanted families separated even if they came in at a legal port of entry and were legal asylum seekers. The President wanted families separated even if they were apprehended within the US. He thinks the separations work to deter migrants from coming.
Sources told CNN that Nielsen tried to explain they could not bring the policy back because of court challenges, and White House staffers tried to explain it would be an unmitigated PR disaster.
“He just wants to separate families,” said a senior administration official.

The CNN report comes three days after Trump unexpectedly pulled his nominee to lead US Immigration and Customs Enforcement, one day after Trump pushed out Nielsen, and the same day the New York Times reported that the hardline head of US Citizenship and Immigration Services—the DHS agency responsible for legal immigration—is also expected to leave government soon. Trump’s most important asylum crackdown, known as Remain in Mexico, was also temporarily blocked by a federal judge on Monday.