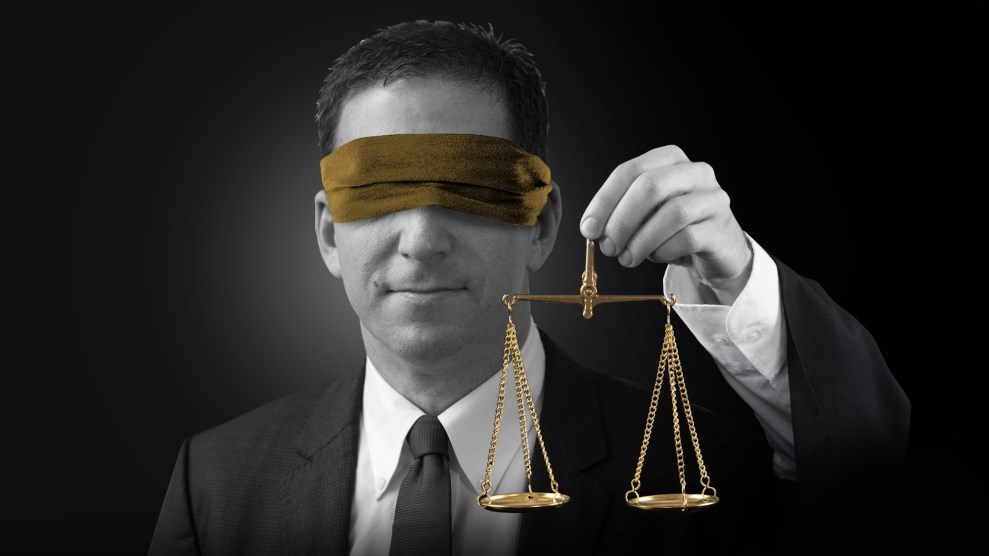 Russiagate is best understood as a story of international white-collar crime. I’ve argued this point in various publications since the 2016 election. While cable-news conspiracists were making Donald Trump out to be a literal foreign agent and some left-leaning commentators were denying the mere existence of a Russian interference campaign, I tried to emphasize post-Soviet Russia’s transformation into a neoliberal hellscape, the way oligarchic fortunes from Russia and other countries have been laundered through luxury real estate in cities like New York, and the corrupting effects of globalized capitalism. Russiagate was blowback for the economic policies that successive American governments have pushed on the rest of the world, as well an exposure of the weaknesses of our unregulated campaign-finance system at home. Above all, it was a story of a presidential candidate who has surrounded himself throughout his life with crooks and grifters, and of a Republican Party that didn’t care.

It’s only fitting, then, that Robert Mueller’s investigation should end with Trump escaping any accountability for his inner circle’s strange dalliances with Russia, just as he has consistently escaped accountability for dozens of other criminal dealings throughout his sordid career. After all, this is how white-collar crime stories usually pan out.

The problem with counting on the criminal justice system to save us from Trump is that the entire system is rigged. In theory, the attorney general is supposed to operate independent of the president. In practice, everyone knows that William Barr was handpicked by a president who has sought to impede the Russia investigation, that Barr took office openly skeptical of Mueller’s efforts, that he has participated in high-level cover-ups before, and that he was confirmed on a party-line vote by a Republican Senate that has every incentive to make this story go away. Mueller’s job was to submit a report to Barr, and so far Barr has made no move to reveal more than a brief summary of the 400-page report’s contents to the public. While it’s true that Mueller has issued 37 indictments, including of six people close to the president, Trump himself is effectively immune from prosecution. Once again, the most powerful people are beyond the rule of law.

None of this should be surprising to anyone who has read With Liberty and Justice for Some: How the Law Is Used to Destroy Equality and Protect the Powerful, by the Pulitzer Prize–winning journalist Glenn Greenwald. The 2011 book, which features glowing cover blurbs from MSNBC anchors Rachel Maddow and Chris Hayes, persuasively lays out the case that the wealthy and politically connected operate with legal impunity. “Those with political and financial clout are routinely allowed to break the law with no legal repercussions whatsoever,” Greenwald writes in his introduction. “Often they need not exploit their access to superior lawyers because they don’t see the inside of a courtroom in the first place—not even when they get caught in the most egregious criminality.”

Over the course of the book, Greenwald lays out a series of damning examples in recent memory, ranging from Watergate to Iran-Contra to the Bush administration’s 2005 warrantless wiretapping scandal to the 2008 financial crisis, none of which resulted in prosecutions for the people most responsible. He particularly emphasizes the role of the 1992 pardon of Defense Secretary Caspar Weinberger in entrenching a culture of elite immunity in Washington:

What made the pardon even more pernicious was that the person issuing it—George H.W. Bush—had been centrally involved in many of the incriminating acts as Reagan’s vice president and was widely believed to be at risk himself if the trials of Weinberger and others proceeded. A major effect of pardoning the remaining Iran-Contra criminals was to put an end to the investigations and thus to exempt Bush from accountability for his own crimes. The post-Nixon pattern was reaffirmed: those who are most politically powerful in our society could break the law with impunity.

Later on, an entire chapter, titled “Immunity by Presidential Decree,” accuses the Obama administration of failing to hold its predecessors accountable for crimes such as torture or indefinite detention. As Greenwald writes, “To acknowledge that our highest political officials are felons […] is to threaten the system of power, and that is unthinkable.”

Greenwald saw this coming years ago. “Vesting the powerful with license to break the law guarantees high-level lawbreaking; indeed, it encourages such behavior,” he writes in his 2011 book.

In a prescient conclusion, Greenwald points to growing wealth inequality as the real culprit. The United States, he says, “has taken on the classic attributes of oligarchy (government by a small dominant class) and plutocracy (government by the wealthy). Like banana republic, such derogatory terms were once reserved for other nations, and it was unthinkable to apply them to the United States; yet now they are being commonly, even casually, used by mainstream sources to describe the facts of life in contemporary America.” Today, Trump and his cronies are at the helm of the US government, openly plundering the public via their hotels and businesses—including Trump’s undisclosed, ultimately unrealized efforts to build a major real estate project in Moscow while simultaneously running for president and promising improved relations with Russia. So far there have been no consequences. Greenwald saw this coming years ago. “Vesting the powerful with license to break the law guarantees high-level lawbreaking; indeed, it encourages such behavior,” he writes in With Liberty and Justice for Some.

Another journalist who saw this problem clearly was Matt Taibbi, whose 2014 book, The Divide: American Injustice in the Age of the Wealth Gap, covers many of the same themes. In his rousing conclusion, Taibbi dismisses the excuses that federal prosecutors give for letting essentially the entire banking sector off the hook for the accumulated frauds that tanked the global economy in 2008. He cites a speech given in 2012 by an SEC commissioner, who invoked the basketball metaphor of “shot selection” to argue that the agency would be better off focusing on fraud cases in “smaller entities.” Taibbi writes: “This is coward’s language. No true cop would ever think like this. Real police will go after the bad guy no matter who he is or how well protected he might be. In fact, the best of them will take on a villain even when winning is a long shot. There’s value even in trying and losing sometimes.”

Taibbi insists that the big banks were guilty not just of reckless bets on what turned out to be troubled assets, but of systemic criminal wrongdoing that the government was willfully ignoring. As recent reporting on Deutsche Bank’s sketchy relationship with Trump shows, the financial industry is still in the business of underwriting toxic assets, including one who happened to become president.

The Mueller investigation has been marked by constant reminders of the two-tiered US criminal justice system, the way that political elites “receive special treatment under the law,” as independent journalist Michael Tracey has written. Consider Trump’s campaign manager, Paul Manafort, who after a career spent providing lucrative services to some of the world’s most corrupt governments now faces a mere seven and a half years in prison. That’s only two and a half years more than the sentence handed down to Reality Winner, the young NSA whistleblower who leaked evidence of Russian election interference to the public. As Winner’s mother wrote this past December for The Intercept, the website Winner trusted to publish her information, “Despite having the financial means, connections, multiple passports, and experience traveling to other countries—at levels that far exceeded Reality’s—Manafort was allowed to remain out of jail on bond.” She added:

Last year, on December 18, 2017, as the court allowed Manafort to travel to the Hamptons to celebrate Christmas, our family celebrated that Reality had been given fresh fruit, a gift from a local church, and the very first fresh anything since her arrest on June 3, 2017.

Ultimately, while Mueller was unable to establish that Trump colluded directly with Russia, at the very least he managed to expose an elaborate network of criminality and corruption surrounding the president, all of which congressional Democrats and state courts now have the power to investigate further. Accountability for the powerful is always an uphill battle in our system, but that doesn’t mean it’s not a worthy goal.

In the wake of Barr’s summary of Mueller’s conclusions, a clutch of noisy Russiagate skeptics in the media, having argued for the past few years that the whole thing was a neo-McCarthyite hoax, now claim vindication on the say-so of the attorney general—a curious bit of deference to the nation’s top law enforcement official, doubly curious coming from the very journalists who’ve done so much to expose the perversions of our justice system. “The biggest thing this affair has uncovered so far is Donald Trump paying off a porn star,” writes Matt Taibbi, dismissing the entire scandal as hype. And Glenn Greenwald himself has described the media’s Russiagate coverage as “unhinged conspiratorial trash, distracting from real issues,” as if creeping international kleptocracy, elite self-dealing, and two-tiered justice weren’t real issues.

Back in 2011, Greenwald well understood the incentives within the media industry to protect the powerful instead of challenge them. In his book, he writes disgustedly about Iran-Contra conspirator Oliver North, who, rather than being professionally shunned, “was rewarded with a Fox News contract.” Pretty embarrassing for everyone involved.