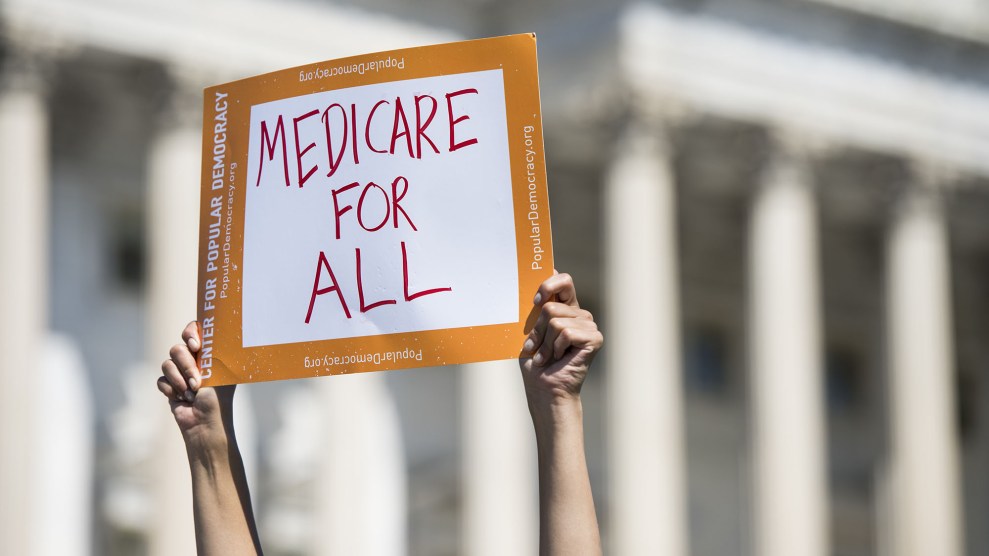 As the Democratic presidential hopefuls descend on Iowa, New Hampshire, and South Carolina to begin stumping for the 2020 nomination, there’s one policy idea that has become increasingly central to their early campaign promises: Medicare-for-all.

“You can provide health care to everybody in a variety of ways, that’s true,” Sen. Bernie Sanders (I-Vt.), a longtime proponent of single-payer health care, said last week in South Carolina. “To my mind, the most cost-effective way is through expanding Medicare.” Sens. Elizabeth Warren, Kamala Harris, and others have also attached their names to the idea. “We need to have Medicare-for-all, that’s just the bottom line,” Harris said at an Iowa town hall earlier this year, not shying away from the implication that it would eliminate private insurance companies.

Creating some sort of single-payer health care system for the US isn’t a new idea, with various proposals dating back to the Truman administration. But many Democrats shied away from the proposal in recent presidential campaigns. In 2016, Hillary Clinton and her campaign staff regularly attacked Sanders’ stance on Medicare-for-All, with Clinton terming it a “risky plan” when she campaigned in Iowa. Back when he was running in 2008, Barack Obama would always say that single-payer might be better in theory, but that it was more practical to build improve the health system already in place. “A lot of people work for insurance companies, a lot of people work for HMOs. You’ve got a whole system of institutions that have been set up,” he said. “People don’t have time to wait.”

Things have changed rapidly since the last presidential campaign, with most of the 2020 contenders signaling their support for some expansion of universal health care. But while Medicare-for-All has picked up steam among Democrats over the past two years, there are still a lot of details to be hashed out about what that phrase exactly entails. What sort of benefits a plan might cover? How quickly would it be rolled out? Would people just be given the option to opt-into Medicare, or would they be automatically enrolled while all private insurance is made illegal? How have other countries implemented single-payer health care?

We want to help you understand the issue: What questions do you have about Medicare-for-All and how it would work? Let us know in the form below, send an email to talk@motherjones.com, or leave us a voicemail at (510) 519-MOJO. We’ll compile some of the best queries, then ask you to vote for one. Our reporters will answer the winning question in a follow-up story.