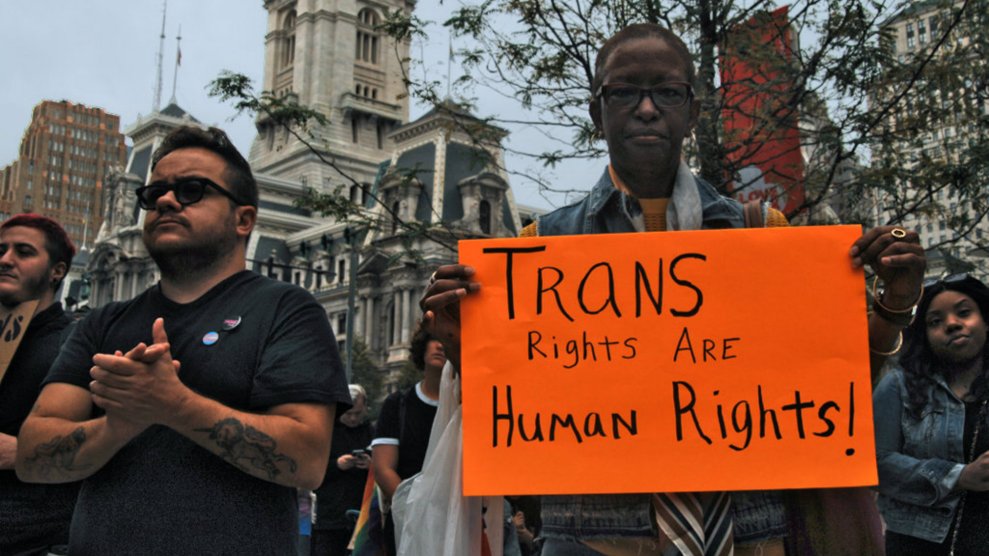 On April 12, the Defense Department will finally implement its long-expected decision to ban most transgender troops from serving openly in the US military. Under the guidance issued by Pentagon leadership last week, trans service members must adhere to the gender assigned to them at birth in almost all circumstances.

As Shannon Minter, an attorney who challenged the Trump administration’s policy in federal district court in Washington, DC, told me, “If you’re transgender and are being forced to live in your birth sex, you have to directly deny who you are.”

That is the reality facing roughly 14,700 trans service members, less than three years after the Obama administration lifted a longstanding ban on trans members of the military serving openly in their preferred gender. The roots of the Pentagon’s shift can be found in a series of tweets Trump sent in July 2017, in which he declared that trans individuals could not serve “in any capacity in the U.S. military.” The President justified the switch in policy, which reportedly blindsided his national security team, by citing the “tremendous medical costs and disruption” of enlisting transgender troops, but neither the cost nor the disruption is borne out by evidence. Since 2016, DOD has only spent close to $8 million on the medical costs of transgender service members, a fraction of the departments’ estimated $50 billion in annual health care expenses.

The Trump administration’s plan does include some exemptions: Troops who have already transitioned or are in the process of a medical transition will not be affected. The Pentagon will provide waivers to some service members who are willing to adhere to their birth gender, but it’s not clear how many will be accepted.

As we continue reporting on this policy, Mother Jones wants to hear from you. Are you a trans service member applying for a waiver? How are you and your loved ones dealing with this shift in policy? Let us know how the Pentagon’s transgender military ban affects you. Fill out the form below, send us an email at talk@motherjones.com, or leave us a voicemail at (510) 519-MOJO. We may use some of your responses in a follow-up story.