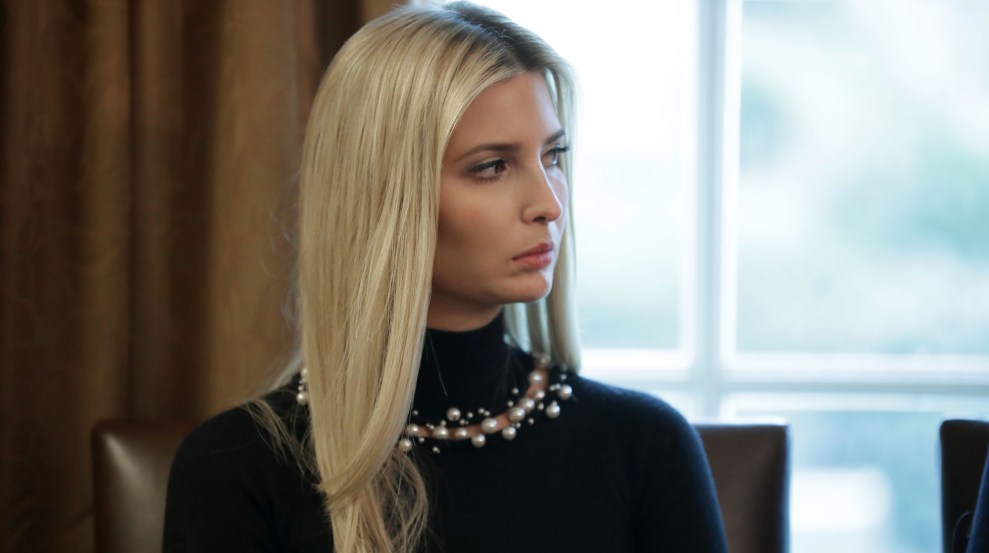 In an interview aired Friday, Ivanka Trump told ABC News that she knew “literally almost nothing” about her family’s secret pursuit of a deal to build a Trump-branded tower in Moscow during the 2016 campaign. Her claim, however, is contradicted by various sources, including information released by special counsel Robert Mueller and emails cited in media reports, which indicate that the president’s eldest daughter was closely involved with the controversial project.

Much information on Ivanka’s involvement in the deal comes from President Donald Trump’s former lawyer and fixer, Michael Cohen, who was spearheading the Trump Tower-Moscow negotiations. Cohen, who has been sentenced to three years in prison, described his work on the project to prosecutors after he pleaded guilty last year to lying to Congress and campaign finance violations.

In a December memo describing Cohen’s cooperation, Mueller noted that Cohen had said that he “briefed family members” of Trump about the Moscow project. Those briefings clearly included Ivanka. She has acknowledged that in November 2015 she emailed Cohen to suggest he contact Dmitry Klokov, a Russian weightlifter who said he could help secure a meeting for Donald Trump with Russian President Vladimir Putin in order to help facilitate a Trump Tower-Moscow deal. According to Buzzfeed, which first reported these communications, Klokov told Cohen that he could broker a meeting with Trump and Putin to help secure the deal. (In the December memo on Cohen, Mueller said Klokov had offered to help the Trump campaign achieve “synergy on a government level” with Moscow.)

In late 2015, Ivanka also suggested an architect for the Moscow project in an email to Cohen, according to the Associated Press and other outlets. Under the preliminary deal, she received the right to have a spa under her name in the building. CNN last year reported that deal documents show that the Trump Organization, as part of an initial agreement, secured the option to “brand any or all portion of the spa or fitness facilities as ‘The Spa by Ivanka Trump’ or similar brand.” If the spa was named after her, Ivanka or her designee would be given sole power to approve “all interior design elements of the spa or fitness facilities.”

Peter Mirijanian, a spokesman for Ivanka and her husband, Jared Kushner, said this summer that her role in the Trump-Moscow deal was limited to “reminding Mr. Cohen that, should an actual deal come to fruition (which it did not) the project, like any other with the Trump name, conform with the highest design and architectural standards.” Mirijanian also said that Ivanka did not know Klokov but passed on to Cohen an “unsolicited email” from Klokov’s wife, who she also did not know. Mirijanian did not respond to questions from Mother Jones on Friday.

The Trump Organization pursued the Tower-Moscow deal even as Donald Trump, campaigning for president, falsely claimed that he had no business dealings in Russia. Trump’s lavish praise of Putin and efforts to cast doubt on allegations that Russia was behind the hacks of Democratic targets raised eyebrows during the election, and the secret deal has become an intense focus of Mueller’s probe.

In her ABC interview, Ivanka attempted to downplay the project, which her father signed a letter of intent to pursue. “There was never a binding contract,” she said. “I never talked…with a third party outside of the organization about it.” This claim apparently excludes her contact with Klovkov.

Mueller has described the Moscow project as a “lucrative business opportunity” that could have made Trump’s company “hundreds of millions of dollars from Russian sources.”

Ivanka said Friday that the project was one of “40 or 50 deals like that that were floating around, that somebody was looking at. Nobody visited it to see if it was worth our time.”

But according to Felix Sater, a Trump Organization associate who helped Cohen pursue the Moscow deal, Ivanka herself visited Moscow in 2006 as part of the Trump Organization’s long-running pursuit of a deal there. “I arranged for Ivanka to sit in Putins private chair at his desk and office in the Kremlin,” Sater boasted in a 2015 email to Cohen.

In a 2017 statement to the New York Times, which first reported on Cohen and Sater’s emails about the Trump Tower, Ivanka said she took “a brief tour of Red Square and the Kremlin” as a tourist and did not recall sitting in Putin’s chair.