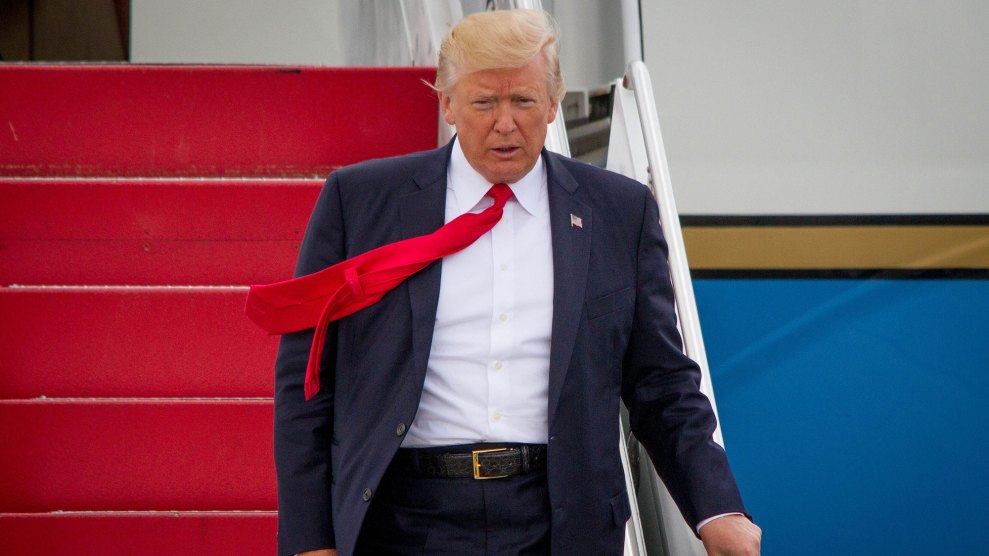 In a scathing opinion column on Saturday, New York Times columnist David Leonhardt called for President Donald Trump’s removal from office, not just by impeachment—which “would probably rally the president’s supporters”—but by first conducting a series of “sober-minded hearings to highlight Trump’s misconduct” for the public to see. This, Leonhardt argues, would put Trump’s Republican allies, reliant upon reelection, “in a very difficult spot.”

The unrelenting chaos that Trump creates can sometimes obscure the big picture. But the big picture is simple: The United States has never had a president as demonstrably unfit for the office as Trump. And it’s becoming clear that 2019 is likely to be dominated by a single question: What are we going to do about it?

The easy answer is to wait—to allow the various investigations of Trump to run their course and ask voters to deliver a verdict in 2020. That answer has one great advantage. It would avoid the national trauma of overturning an election result. Ultimately, however, waiting is too dangerous. The cost of removing a president from office is smaller than the cost of allowing this president to remain.

He has already shown, repeatedly, that he will hurt the country in order to help himself. He will damage American interests around the world and damage vital parts of our constitutional system at home. The risks that he will cause much more harm are growing…

The biggest risk may be that an external emergency—a war, a terrorist attack, a financial crisis, an immense natural disaster—will arise. By then, it will be too late to pretend that he is anything other than manifestly unfit to lead.

For the country’s sake, there is only one acceptable outcome, just as there was after Americans realized in 1974 that a criminal was occupying the Oval Office. The president must go.

The “misconduct” Leonhardt refers to does not include Trump’s ideology, his alleged collusion with Russia, or even “his lazy approach to the job”—Trump’s refusal to read briefing books and the “many empty hours on his schedule.” Rather, Leonhardt breaks down the president’s “negligence and perfidy” into four categories: his use of the presidency for personal enrichment, his violations of campaign finance law, his obstruction of justice, and his subversion of democracy.

Leonhardt ends his column with a hopeful tone—and a call to action for Republicans.

Finally, there is the hope—naïve though it may seem—that some Republicans will choose to act on principle. There now exists a small club of former Trump administration officials who were widely respected before joining the administration and whom Trump has sullied, to greater or lesser degrees. It includes Rex Tillerson, Gary Cohn, H.R. McMaster and Jim Mattis. Imagine if one of them gave a television interview and told the truth about Trump. Doing so would be a service to their country at a time of national need. It would be an illustration of duty.

Throughout his career, Trump has worked hard to invent his own reality, and largely succeeded. It has made him very rich and, against all odds, elected him president. But whatever happens in 2019, his false version of reality will not survive history, just as Nixon’s did not. Which side of that history do today’s Republicans want to be on?