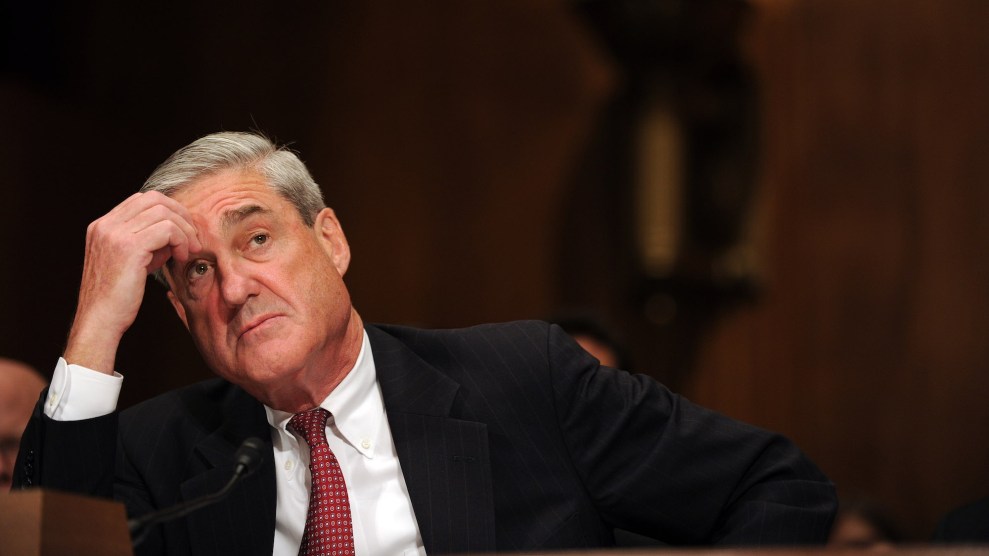 As House Democrats ramp up their investigations into ties between President Donald Trump and Russia, a new Washington Post-ABC News poll has found that a clear majority of Americans support their efforts. About 6 in 10 adults want Democrats to dig into the 2016 Trump campaign’s potential collusion with Russia, financial ties between Trump and foreign governments, and Trump’s bizarre relationship with Russian President Vladimir Putin.

However, half of respondents said they had “just some” or no confidence that a final report from special counsel Robert Mueller’s ongoing investigation into the relationship between the Trump campaign and Russia would be “fair and even-handed.” Although the survey was conducted in the days just before Mueller charged longtime Trump adviser Roger Stone with lying, obstruction, and witness tampering, that level of skepticism raises questions about whether the attacks on Mueller by Trump and his allies have sowed doubt about whether the special counsel is being a partisan prosecutor, which has no basis in fact.

For two years, the president has sought to discredit the Russia investigations as a “witch hunt”—a phrase he has tweeted more than 160 times over the past two years, according to the Trump Twitter Archive, including twice since Stone’s indictment Friday.

Greatest Witch Hunt in the History of our Country! NO COLLUSION! Border Coyotes, Drug Dealers and Human Traffickers are treated better. Who alerted CNN to be there?

Trump has also specifically gone after Mueller himself: A day after Mueller’s team said that Paul Manafort, Trump’s former campaign chairman, had breached a plea agreement and repeatedly lied to them, Trump attacked Mueller as a “conflicted prosecutor gone rogue.”

“The Fake News Media builds Bob Mueller up as a Saint, when in actuality he is the exact opposite,” Trump tweeted in November, arguing that Mueller “is only looking at one side and not the other.”

Meanwhile, in a report published last month, cybersecurity firm New Knowledge found that multiple Russian-directed social-media accounts have long used similar attacks. In 2017, as journalists began to further uncover disinformation spread by the Internet Research Agency—the Russian propaganda operation whose principals Mueller eventually indicted—IRA accounts began targeting the Trump-Russia investigations. “It used derision and disparagement,” New Knowledge researchers concluded, “to create and amplify the narrative that the whole investigation was nonsense, that Comey and Mueller were corrupt, and that the emerging Russia stories were a ‘weird conspiracy’ pushed by ‘liberal crybabies.'”

Partisan suspicions that Trump and the Russians have attempted to sow about Mueller may have had other effects. While most Americans support the ongoing House investigations, 46 percent said they believe Democrats will go “too far” in their efforts to investigate Trump. And Americans have cooled on impeachment, according to the Washington Post-ABC News poll; a majority believes that Democratic lawmakers should continue to hold off on impeachment proceedings, based on what is currently in the public record.