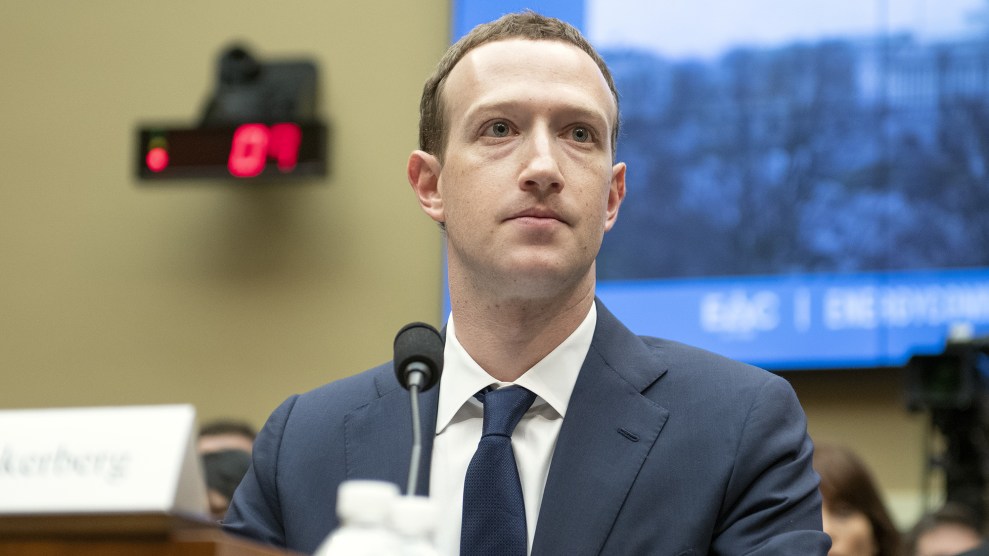 On Tuesday, the NAACP launched a weeklong boycott of Facebook in response to two congressionally commissioned reports that illustrate how Russian trolls on the platform not only targeted people of color, but made stoking racial tensions one of their top priorities.

The NAACP and other racial justice groups have been frustrated over Facebook’s failure to address racism on its platform and improve its internal staff diversity for years. In the wake of the reports’ Monday release, they say the company should be held responsible for allowing the spread of racially divisive and racist content.

“Facebook’s engagement with partisan firms, its targeting of political opponents, the spread of misinformation and the utilization of Facebook for propaganda promoting disingenuous portrayals of the African American community is reprehensible,” NAACP president and CEO Derrick Johnson said in a statement. The organization also announced Monday it had returned a recent donation from the company.

A Facebook spokeswoman wrote in an email that the company is aware of the criticisms and is working to address them.

“We understand the areas of concern that the NAACP and other civil rights groups have raised with us and we are grateful for their feedback,” she wrote. “We’re listening and we agree that we have areas that we can improve.”

“I wish I could say that I was surprised, but everything in the report makes a lot of sense,” said Rashad Robinson, executive director of Color of Change, a digitally focused racial justice organization. “All of this speaks to a platform that has been unwilling to do the right thing. They have too much power over our democracy and economy and they need to be held accountable. What continues to be troubling is that we’re not sure what lessons they’ve learned, other than that they hope that they don’t get caught.”

Robinson distilled his frustrations into a point shared by others representing communities of color: In failing to spot Russian troll patterns that routinely exploited racial divisions, Facebook failed its users of color.

“The utilization of Facebook for propaganda promoting disingenuous portrayals of the African American community is reprehensible.”

The reports—one by researchers at Oxford, one by cybersecurity firm New Knowledge—were both commissioned by the Senate Intelligence Committee and conducted with data that tech companies provided to Congress. Their findings detail how Facebook missed social media manipulation attempts by the Internet Research Agency, a Kremlin-backed troll farm, as they misled and harassed minority users and launched a campaign to suppress the votes of African Americans.

Shireen Mitchell, who authored an October report with similar findings on the targeting of black users, said that the data and patterns behind the Russian troll posts show a unique focus on African Americans.

To her, Robinson, and other advocates, Facebook missing that aspect of Russian targeting is a symptom of broader racial deficiencies at the company. “They’ve failed to hire and retain employees of color,” Robinson explained, citing Facebook’s dismal diversity statistics. “In treating everything as being on two sides of a political coin, they haven’t handled matters of race well.”

Late last month, former Facebook manager Mark Luckie publicly lambasted the company for racism he said he experienced while working there. The Congressional Black Caucus grilled Facebook chief operating officer Sheryl Sandberg on the company’s diversity and inclusion during a meeting with her on Capitol Hill last year. On Monday, the caucus broadcast its longstanding frustrations with Facebook with a tweet that hinted at a coming push to regulate social media:

You know the black vote is important when both US state/local govs & foreign govs try to suppress it.

Last year, we met w/ @Facebook & other tech companies about this issue.

If they can't stop the weaponization of their platforms, then Congress will. https://t.co/LVuu3VUpZH

In a statement released by his office Monday, Rep. Cedric Richmond (D-La.), the Congressional Black Caucus chairman, didn’t specify what steps the CBC is interested in taking; any further action will likely be put on pause though January as the caucus transitions leadership.

Robinson said Color of Change is weighing a campaign to get pension funds to drop investments in Facebook, and is optimistic that increased attention to concerns that the platform has failed minority communities will spur change.

“No longer are we yelling about things we believe are problems. These issues are top stories in publications around the country,” Robinson said. “Things that we had been trying to move into the mainstream conversation are now there. For us, that means we have to move around it and force accountability to engage investors who need black communities.”