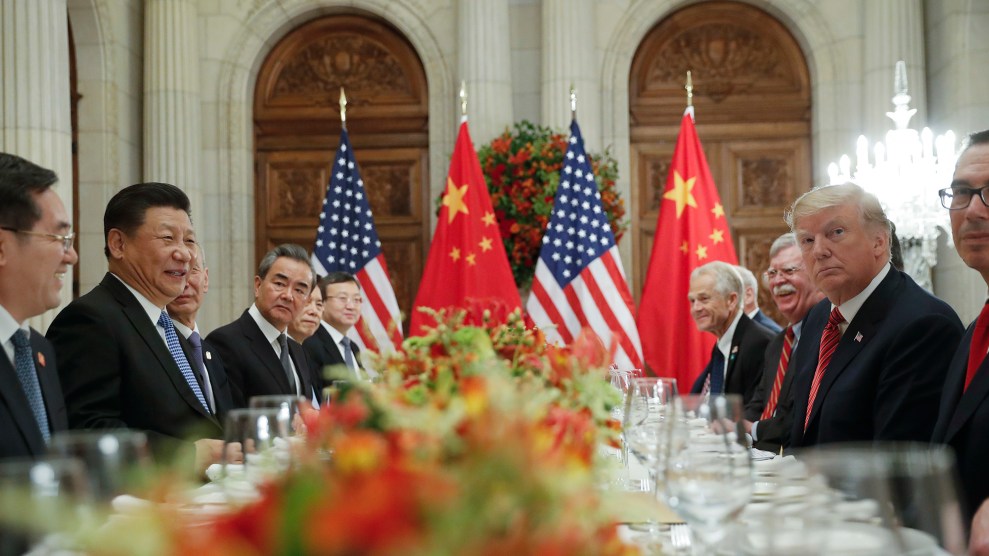 Meeting with President Donald Trump at the G-20 summit on Saturday in Buenos Aires, President Xi Jinping of China agreed to classify the powerful opioid fentanyl as a controlled substance, a concession long sought by the Trump administration as a way to curb the overdose epidemic afflicting the United States.

The agreement was struck over a steak dinner as part of a broader discussion about the countries’ trade and foreign policy. China is the world’s biggest producer of illicit fentanyl, an opioid up to 100 times more powerful than morphine that kills tens of thousands of Americans every year.

In a statement, the White House described Xi’s pledge on fentanyl as “a wonderful humanitarian gesture” that would ensure people selling the drug to the United States would “be subject to China’s maximum penalty under the law.” Most fentanyl in the United States is illegally manufactured in China and sent here in the mail, sometimes by way of Mexico, where it is mixed with other drugs. In August, Trump blasted China on Twitter for fueling America’s overdose crisis.

It is outrageous that Poisonous Synthetic Heroin Fentanyl comes pouring into the U.S. Postal System from China. We can, and must, END THIS NOW! The Senate should pass the STOP ACT – and firmly STOP this poison from killing our children and destroying our country. No more delay!

Speaking with reporters aboard Air Force One after the meeting, Trump “seemed most excited” about the opioid aspect of the latest trade negotiations, according to NPR White House correspondent Tamara Keith. The broader deal included the United States promising to hold off on new tariffs that were supposed to go into effect on January 1 on $200 billion worth of products, while China pledged to boost its purchases of American products, including agricultural goods. The two sides agreed on a 90-day deadline to reach an agreement on other aspects of the trade deal, according to a White House statement.

“The relationship is very special—the relationship that I have with President Xi,” Trump told reporters during the dinner with Xi, who for his part said, “Only with cooperation between us can we serve the interest of world peace and prosperity.”

China’s classification of fentanyl as a controlled substance comes after Trump signed legislation in January that gave Customs and Border Protection $9 million for machines that could scan and detect fentanyl in the mail without requiring agents to open packages. In October, he signed another bill that seeks to expand access to treatment.

But as Mother Jones‘ Julia Lurie has reported, “while the bill outlines a number of far-reaching goals, drug policy experts say Congress hasn’t allocated nearly enough money to execute them well.” And the president’s tough talk on opioids has not been matched by much substantive reform. Meanwhile, his administration has pushed to impose work requirements for recipients of Medicaid, the country’s biggest provider of insurance for people struggling with addiction.