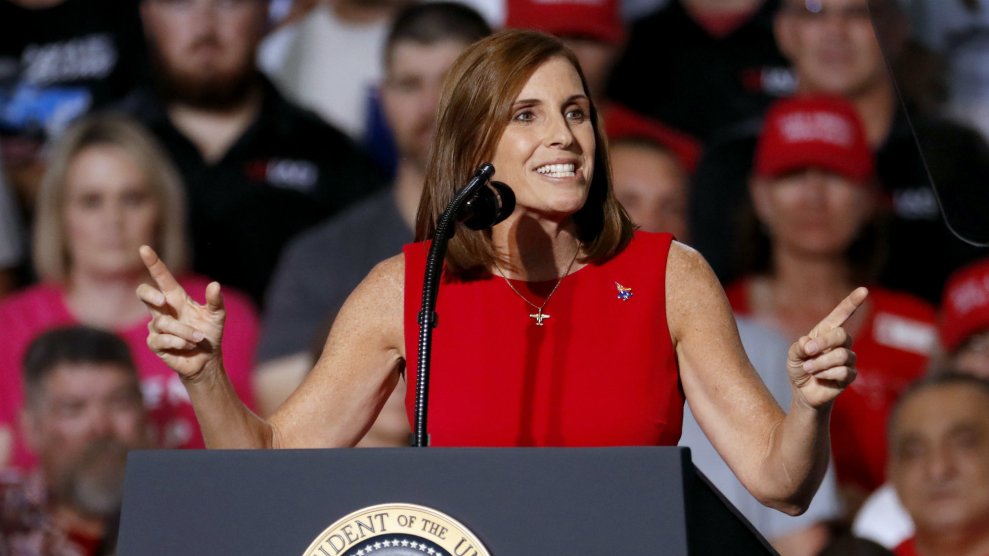 Arizona Gov. Doug Ducey announced on Tuesday that he is appointing Republican Rep. Martha McSally to serve as the state’s junior US senator, filling the seat that GOP Sen. Jon Kyl will vacate by the end of the year. Ducey, a Republican, had appointed Kyl earlier this year to fill the seat of the late Sen. John McCain (R).

McSally, the first female Air Force pilot to fly in combat, has in recent years become a rising star within the Republican Party and is a strong ally of President Donald Trump’s. She narrowly lost to Democrat Kyrsten Sinema in last month’s Senate election to succeed the retiring Jeff Flake (R) but will now get to revive her political career by serving in the chamber for at least two years. She will face a special election in 2020, the winner of which will face reelection two years later. Sinema and McSally will become the state’s first female senators, and Arizona will be one of only a handful of states to have ever had two women serving concurrently in the Senate.

The governor’s actions have not been without controversy. In November, Arizona voters filed a federal lawsuit against Ducey claiming he violated the 17th Amendment to the US Constitution when he appointed Kyl to fill McCain’s seat in September.

In deciding who to appoint to replace Kyl, Ducey was likely thinking about the long term, specifically looking for a Republican who could win in 2020 and again in 2022, at the conclusion of what would have been McCain’s six-year term. McSally already has strong name recognition and $1 million in campaign funds left over from her Senate run this year.

In a statement about his selection to the Arizona Republic, Ducey cited McSally’s military background and multiple deployments to the Middle East.

“All her life, Martha has put service first—leading in the toughest of fights and at the toughest of times,” the governor’s statement said. “With her experience and long record of service, Martha is uniquely qualified to step up and fight for Arizona’s interests in the US Senate.”

In accepting her new role, McSally said in a statement to the Republic that having traveled all over the state during her unsuccessful 2018 campaign, she understands the challenges Arizonans face. “I am humbled and grateful to have this opportunity to serve and be a voice for all Arizonans,” she said. “I look forward to working with Senator-elect Kyrsten Sinema and getting to work from day one.”

Ducey’s pick could upset a number of voters in Arizona, from liberals and independents who didn’t vote for McSally in November, to some longtime McCain supporters who were offended by her rebuff of McCain during her 2018 Senate race. McSally failed to mention McCain’s name last August during Trump’s signing of the John S. McCain National Defense Authorization Act for Fiscal 2019. Some in the McCain camp were frustrated by her decision to align herself closely with the president during the campaign.

However McSally took steps in the past month to assuage key Republicans who were concerned about her. She met privately with Ducey in recent weeks and separately with McCain’s widow, Cincy McCain. McSally also had backing from Senate Majority Leader Mitch McConnell, who lobbied Ducey to appoint to her the Senate.

Especially after Sinema’s historic victory last month, Democrats are likely to aggressively contest McSally in the 2020 special election. Those mentioned as potential candidates include Rep. Ruben Gallego; former Arizona Attorney General Grant Woods (who recently switched to being a Democrat); Mark Kelly, an astronaut and the husband of former Rep. Gabrielle Giffords; and Greg Stanton, the former mayor of Phoenix who won Sinema’s congressional seat in November.