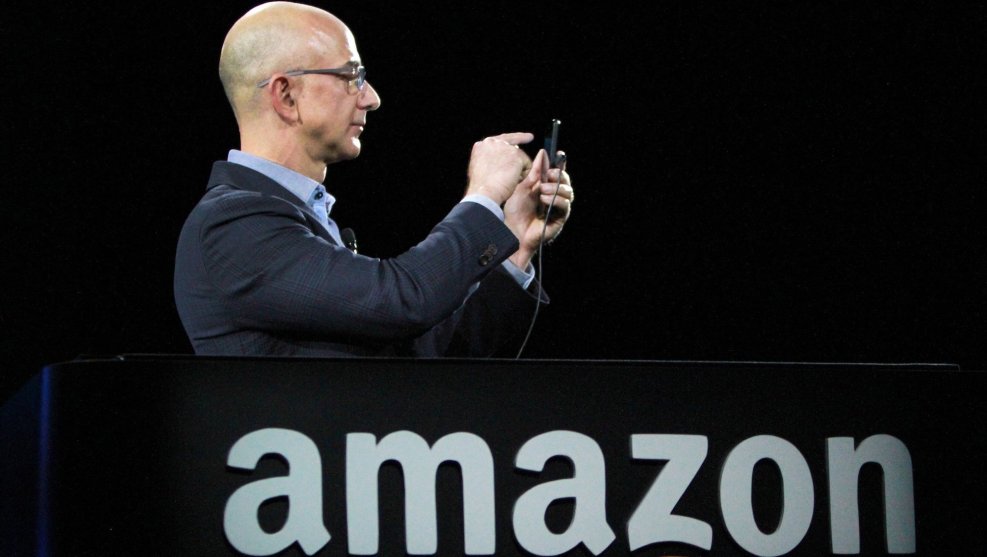 Update (2/20/19): A federal judge delayed Oracle’s lawsuit, ordering a stay until the “the Department of Defense reconsiders whether personal conflicts of interest impacted the integrity of the JEDI Cloud procurement.” The DoD will be required to file a status report with the court within five days of concluding its investigation.

After a drawn-out battle over a $10 billion contract, the cloud-computing company Oracle filed a lawsuit earlier this month alleging that the Pentagon rigged a major contracting process in favor of Amazon. Earlier this month, a judge accepted a motion from Amazon Web Services, the company’s cloud-computing subsidiary, to join as a co-defendant in the suit. Amazon’s move to defend itself proactively against Oracle’s claims represents an important escalation in a battle that could have major implications for the future of government contracting.

The lawsuit highlights Amazon’s growing role in the defense industry at a time when some of its top competitors have shied away from controversial defense projects. Amazon’s rivals warn that if the company wins the suit, it could pave the way for a future where Amazon unfairly dominates the market for increasingly lucrative government technology contracts.

Of the major revelations in the Oracle lawsuit, the most damning is evidence that the Defense Department allowed multiple department staffers with previous ties to Amazon Web Services to manipulate proposal requirements for the contract for a major new cloud-computing network, the Joint Enterprise Defense Infrastructure, known by the acronym JEDI. According to the lawsuit, the department put two staffers, Deap Ubhi and Anthony DeMartino, in key positions on the project despite their previous connections to the company. Oracle alleges that their access to technical information from competitors accrued during this process allowed them to shape the request for proposal so that only AWS fit the needs of the contract. Oracle has asked the court to intervene to stop the award process until these conflicts of interest can be more thoroughly investigated.

Ubhi worked for AWS prior to joining the US Defense Digital Service in the summer of 2016. Despite his recent employment at the company, Ubhi was “hand-selected” to work as the lead manager for the project in 2017. The suit alleges that an internal Defense Department audit failed to note Ubhi’s work on the JEDI contract even after AWS had offered to acquire a cloud company that Ubhi had founded prior to his work at the Defense Department. (Oracle considers Ubhi’s company a direct competitor to one of its products.) During this time, Ubhi continued to meet with AWS rivals, collecting detailed technical information on their services that would have been valuable to Amazon, which he rejoined later in 2017. The Defense Department says that his access to “untold amounts of nonpublic and acquisition sensitive JEDI Cloud-related information” was revoked in October 2017, just a month before he returned to Amazon.

Slack messages submitted to the court also show that during his time at the Pentagon, Ubhi was highly critical of anyone who advocated for splitting up the contract between multiple providers but provided little reasoning as to why. “We’ve got some real dum dums in here, their names usually begin with J,” Ubhi wrote in an October 2017 message after Jane Rathbun, then deputy director for defense business, expressed a preference for a Microsoft product.

The lawsuit highlights Amazon’s growing role in the defense industry at a time when some of its top competitors have shied away from controversial defense projects.

DeMartino, who had advised AWS on government contracting during his time as a consultant at SBD Advisors, took part in the JEDI drafting process in his role as chief of staff to the deputy secretary of defense. According to the Oracle suit, this involved “participating substantially in…meetings and briefings” as well as “editing official communications and other procurement-related documents.” DeMartino was told by the Defense Department that he would not be able to work on contracts involving AWS without approval from department ethics officials. But he did so for over six months before seeking approval, at which point he was removed from the project. Oracle’s lawyers argue that “procurement damage from DeMartino’s months of involvement already had occurred.” Ubhi and DeMartino did not respond to requests for comment.

Oracle alleges that the two men’s involvement resulted in a request for proposal that only AWS could meet, despite interest from dozens of companies. Critics in the defense industry have also pointed to the involvement of former Amazon lobbyist Sally Donnelly, who served as a top adviser to Defense Secretary James Mattis during the drafting process for the request for proposal.  (Donnelly and DeMartino had worked together at SBD Advisors before joining the Defense Department, and after leaving the Pentagon, they started a new shop called Pallas Advisors.) Mattis himself met with Amazon chief executive Jeff Bezos during a West Coast tour in August 2017, as the details of the proposal were being finalized.

“Despite what you have heard in the media, the contract is not a sole source contract,” Mattis told Congress on April 26. “The contract, which will have a two-year base period, will follow a fair and open competition.”

The Government Accountability Office, an independent body, ruled against both Oracle and IBM when they protested the process for awarding the contract. “From the beginning, the enterprise cloud initiative has been open, transparent and full,” Heather Babb, a Defense Department spokeswoman, said in a statement to Mother Jones.

The process has drawn condemnation from lawmakers, including Reps. Steve Womack (R-Ark.) and Tom Cole (R-Okla.), who complained in an October letter to the department’s inspector general office about contract provisions “that seem to be tailored to one specific contractor.” At the time, the office said it was looking into the letter. When contacted by Mother Jones, it would not confirm the existence of an investigation.

Amazon has actively embraced work with the Defense Department at the same time that employee pressure has caused companies like Microsoft and Google to take at least modest steps to distance themselves from controversial governmental contracts. Google has said it would limit sales of facial recognition technology. The company dropped out of bidding on JEDI after deciding not to renew an artificial intelligence drone project with the Pentagon, citing concerns about potential misuse of its technology. Microsoft has maintained its JEDI bid and continues to provide cloud services to Immigration and Customs Enforcement and other technologies to the military, despite employee protests. But the company’s president recently claimed it had turned down deals in which “technology would be used in ways that would actually put people’s rights at risk.”

In contrast, Bezos has leaned into defense partnerships. “We are going to continue to support the DoD, and I think we should,” he said at a conference this fall. While Amazon AI-driven facial recognition software has come under similar scrutiny from employees, lawmakers, and civil rights activists, the company hasn’t made any guarantees regarding how it will contract the service to the government. In October, it was revealed that the company had pitched the product to ICE. (While JEDI does not explicitly address AI, defense officials have said they need to increase cloud-computing capacity for its AI plans.)

Amazon’s federal lobbying expenditures doubled from nearly $5 million in 2014 to more than $11 million in 2016 and topped $13 million last year. AWS has reaped many benefits from the tech giant’s DC push, and the JEDI contract would be its largest to date, dwarfing its current biggest government deal, a 2013 contract with the CIA worth $600 million. In the months since it staked its claim for JEDI, the company has continued to shore up its defense interests, lobbying on the fiscal year 2019 defense appropriations bill. As of late December, the company was hiring for more than a dozen jobs related to its work with the Defense Department, most involving AWS cloud software.

It’s unclear when a judge will rule on Oracle’s complaint. The Pentagon is set to award the JEDI contract in April 2019, but the new legal filing puts that date in doubt. Oracle and Amazon declined to comment for this story.