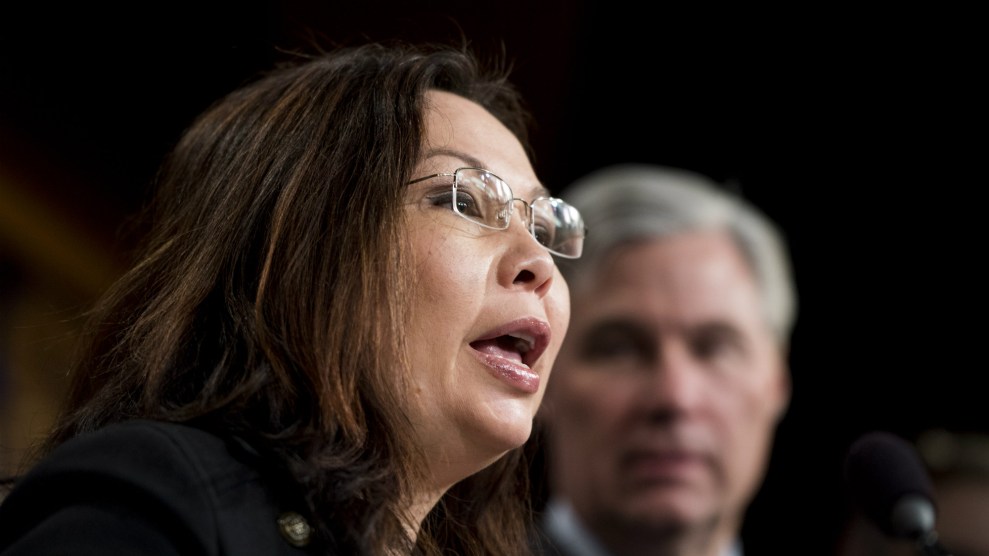 In the closing weeks of the Obama administration, the Department of Transportation completed a yearslong effort to begin holding airlines accountable for damaging passengers’ motorized wheelchairs and scooters. Then Donald Trump took office.

Advocacy groups for people with disabilities say this happens routinely, but there have never been firm numbers on how often these expensive items are broken during airline travel. That was set to change in early 2018, when a new regulation was to take effect mandating that airlines track and make public such incidents. Airlines bitterly opposed the new rule, and just days into the Trump administration, the Transportation Department, newly filled with political appointees, including some who had previously worked as airline lobbyists, froze the new requirement. Citing complaints that collecting and releasing such information would be costly for airlines, the agency sided with the industry—even going to court to fight for a delay in implementation.

But the data the industry has fought against reporting will soon be made public.  That’s because this fall, Sen. Tammy Duckworth (D-Ill.), who uses a wheelchair herself, convinced colleagues to insert a requirement that the rule be implemented into the Federal Aviation Agency reauthorization. As of December 4, airlines were required to start tracking how many wheelchairs and scooters they break, lose, or otherwise mishandle, and the DOT says the first data will become available in early February.

While airlines already pay for damage they cause to wheelchairs and scooters, it can take days to have these items repaired, and the damage can ruin a business trip or vacation. But passengers with disabilities say they have no way to determine which airlines are better or worse, making every flight a gamble. In a lawsuit filed by the advocacy group Paralyzed Veterans for America, one quadriplegic veteran said he had so many bad experiences—including having his specialized wheelchair lost by an airline for hours, leaving him stranded in a terminal and dealing with health issues for days afterward—that he simply avoided all air travel.

The agency first proposed new rules to track wheelchair data in 2011, and as the plan wound through the five-year rule-making process, industry lobbyists fought the new requirement. They argued that tracking wheelchairs as a special category of luggage would be burdensome, requiring new staff training. They also questioned whether the general public would really be able to make use of the data. But despite the pushback, on November 2, 2016, the agency finally issued new disclosure requirements and gave the industry until January 1, 2018—13 months—to implement them.

But two months into the Trump administration, the agency announced the rules would be suspended for at least one year. It’s not clear how the decision to delay the new rule was made, but the scant evidence in the public docket suggests the agency was influenced by industry lobbyists.

Last spring, Duckworth, a former Army combat pilot who had parts of both legs amputated after her helicopter was hit by rocket fire in Iraq in 2004, sparred with Transportation Secretary Elaine Chao and airline lobbyists over the issue at public hearings. Duckworth says airlines have broken two of her wheelchairs, including one the day after she sent a letter to the DOT last spring asking for more information about the abrupt freezing of the rule. Duckworth said she pushed her colleagues on the Senate Transportation Committee to circumvent the Trump DOT’s rule-making process and mandate the implementation of the data-reporting requirement, in part because the agency was so unhelpful.

“They never really gave me a straight answer, and that was part of my frustration and why I put in the effort,” she says.

Airlines had been successful in convincing lawmakers that disclosing data on wheelchair damage would be onerous, but airlines already collect the data, Duckworth says.

“That’s baloney,” she says. “They knew this was coming, but that’s what they have to say because when the public gets information on how often assistive devices are broken, it will force them to actually handle wheelchairs better.”

Duckworth says she suspects that when the data does become public, it will surprise anyone who doesn’t have firsthand experience with trying to travel with a wheelchair.

“I think we’re going to see some pretty dismal numbers,” she says.

In an email, a spokeswoman for Airlines for America, an industry trade group, told Mother Jones that airlines “meet or exceed all accommodation standards in Department of Transportation regulations and provide safe and comfortable air transportation to hundreds of passengers with disabilities daily.” The industry is ready to report the data, she said.