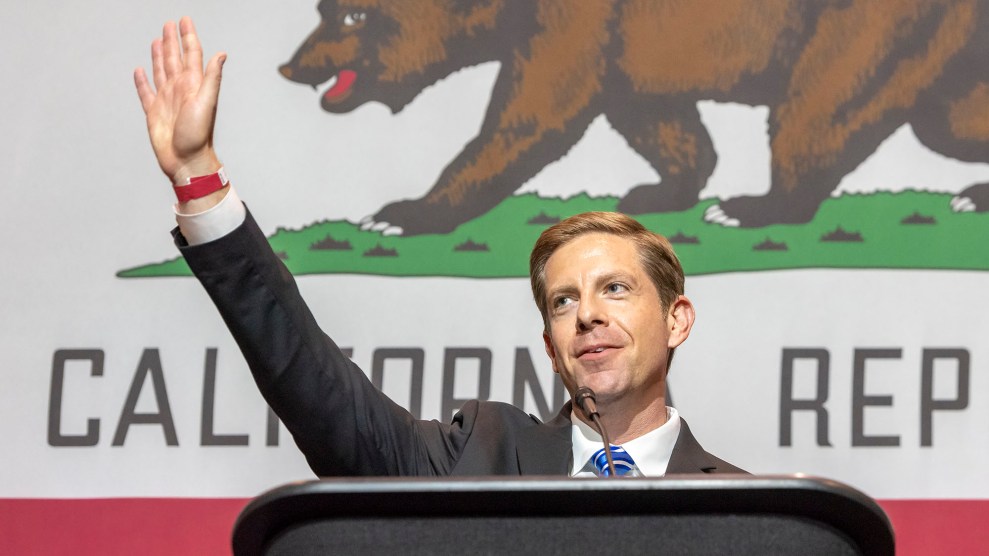 On Wednesday afternoon, the Associated Press reported that Democratic candidate Mike Levin won his bid for Congress in California’s 49th District with 53.5 percent of the vote. His defeat of Republican Diane Harkey marks a major turning point for the district, which has been represented by Rep. Darrell Issa (R-Calif.) for the past 18 years.

When Issa announced his retirement in January, he threw his support behind Harkey, a former state assemblywoman and mayor. Her campaign suffered from the start. As I wrote last week:

Harkey also brings a lot of baggage to the race. She was long involved in local politics, serving as the mayor of Dana Point and a state assembly member before joining what Kern calls the “black hole of politics”—the state Board of Equalization. While she was there, a state audit criticized its members, including Harkey, for mismanagement, nepotism, and improperly using regular employees for political benefit. Harkey told the San Diego Union-Tribune the charges were “politically motivated.”

Harkey’s candidacy has been dogged by reports of her husband’s multimillion-dollar Ponzi scheme. In 2013, Dan Harkey and his real estate company were found liable for $10 million in damages for swindling senior citizens, including some who lost their life savings. In July, a state appeals court affirmed the judgment against Dan Harkey, declaring that “substantial evidence” shows that Harkey “looted the plaintiffs’ investment funds by running a Ponzi scheme.” (Diane Harkey was dismissed from the lawsuit in 2013. She has repeatedly denied that her husband was responsible for the losses, and instead blamed the 2008 real estate crash for investors’ losses.)

Neither candidate aimed for middle-ground politics. Levin came out in support of universal healthcare, and was endorsed by the gun safety group Moms Demand Action on Gun Violence. An environmental lawyer, Levin also took strong positions on the environment. The 49th is “a highly environmentally conscious district,” a local Republican operative told me last year, and some of its “Coastal Republicans” may have shared Levin’s view that climate change is critical issue.

Meanwhile, Harkey went full Trump. Parroting the president’s views on immigration, guns, taxes, and more, coupled with his endorsement in August, was “probably not good for her,” Oceanside Councilman Jerry Kern, a Republican, told me last week.

Levin had been expected to win. Even Issa conceded as much on Tuesday, when he told Fox News that a Democrat would soon be taking his seat “for the first time in a number of years.”