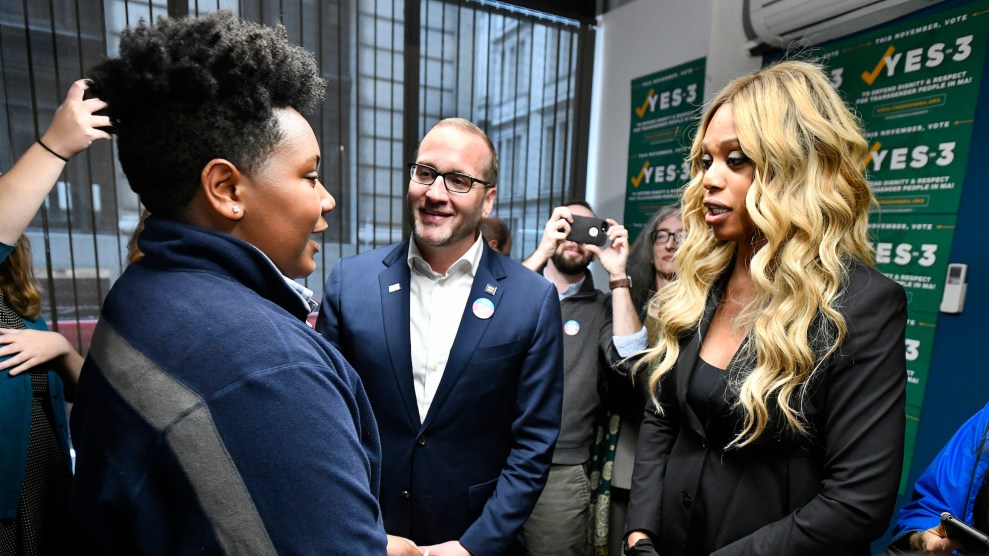 A majority of Massachusetts voters chose to uphold legal protections for transgender people on today, preventing a rollback of a law that bans discrimination against trans people in public accommodations such as restrooms and locker rooms. Two-thirds of voters checked “yes” on Question 3, expressing their support for the current law.

“From the very early days of our campaign, we have been clear that this is about dignity and respect for all people,” Kasey Suffredini, cochair of the LGBTQ rights coalition Freedom for All Massachusetts, said in a press release. “Together, we have shattered broken stereotypes of what it means to be transgender and debunked the myth—once and for all—that protecting transgender people compromises the safety of others.”

If the No side had prevailed, Question 3 would have repealed a 2016 law that established anti-discrimination protections for transgender Bay Staters. Its backers began working to get the question on the ballot in the summer of 2016, citing baseless fears that the trans-rights law would put women and children at risk of being targeted by sexual predators.

A late push by high-profile celebrities and a variety of advocacy groups including the American Civil Liberties Union may have helped swing voters, whom pollsters and activists worried would be confused by the ballot initiative’s counterintuitive wording. “I truly believe that this is one of the most pivotal moments in the trans legal, political movement of this decade,” Chase Strangio, an ACLU staff attorney and transgender rights activist, told the Intercept.

When I get to travel and meet everyday Americans and see how they stand up for themselves and each other, how they love each other it makes me believe that anything is possible. That kind of love will set us free. Early voting has begun in many states including Massachusetts. Bay Staters you can send a message to the rest of this country. By voting #YesOn3 you can stand up for trans rights, for the humanity of trans people and reclaim the humanity of America. We can choose love not fear when we vote. We can choose love and not fear today. #vote #YesOn3MA #WeWontBeErased #transrightsarehumanrights #TransIsBeautiful