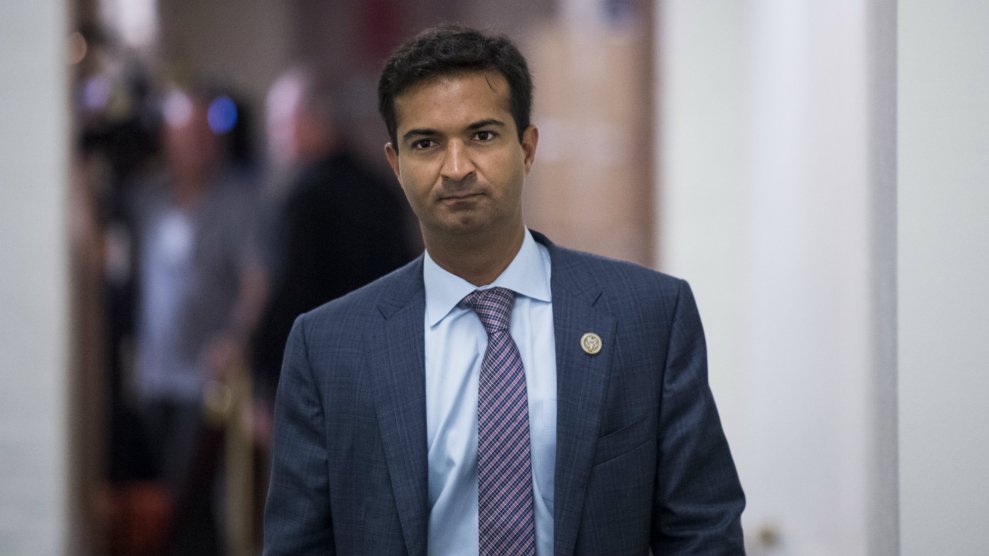 In one of South Florida’s congressional districts, the party machine swept in to prop up a two-term incumbent by painting his opponent as a puppet of fossil fuel interests and “dirty coal money.”

The only catch? The incumbent is Republican Rep. Carlos Curbelo and the party apparatus is the National Republican Congressional Committee, whose coffers this cycle contain nearly $7 million in donations from the oil and gas industry.

“If Curbelo had been half the climate champion he claims he is, he wouldn’t be desperately seeking an ad littered with lies such as this,” said Sierra Club PAC Director Sarah Burton in a statement. “But Curbelo isn’t a climate champion, he’s a consistent vote against clean energy, against our public lands, and in favor of fossil fuels. Debbie Mucarsel-Powell is a climate champion, and the advocate South Floridians need as they watch sea-levels rise, see beaches destroyed by red tide, and live with the increasing threat of stronger, more powerful hurricanes.”

Curbelo has received more than $192,000 from energy and natural resource firms, in comparison to the less than $5,000 that Mucarsel-Powell has received from the same sector of donors, according to the Center for Responsive Politics.

A spokesperson for Mucarsel-Powell’s campaign did not immediately respond to a request for comment.

Curbelo is one of the founders of the Climate Solutions Caucus, a bipartisan group in Congress ostensibly committed to fighting global warming, but restricted in practice by the reliance of its 45 Republican members on support from oil and gas firms. While he broke ranks this summer to express his support for a carbon tax as a possible way to combat climate change, more than 30 of Curbelo’s Republican colleagues on the caucus supported a symbolic measure that disavowed a carbon tax. Last December, he joined caucus members in a budget vote that would have opened up “1.5 million acres of the Arctic National Wildlife Refuge to oil and gas drilling,” Mother Jones reported at the time.

The latest forecast from polling aggregator FiveThirtyEight has Curbelo trailing by less than one percentage point.

The super PAC Climate Hawks Vote, which supports candidates with a progressive energy agenda, has been running ads against Curbelo that point to his history of receiving donations from fossil fuel companies, including Chevron and Exxon Mobil. This cycle, his No. 1 donor has been NextEra Energy, the Florida electric utility which is one of the largest purveyors of solar and wind energy projects in the country.

#FL26 @carloslcurbelo says he cares about climate change, but look at his donors! pic.twitter.com/B6arYnH3vf

“We sure appreciate the help from the NRCC in calling out politicians who take dirty fossil fuel money and then obstruct progress on climate change, and are looking forward to similar NRCC ads attacking every single one of their own candidates,” said RL Miller, Climate Hawks Vote’s political director, in a statement. “We only wish the ad had noted how much Carlos Curbelo has taken from Big Oil.”