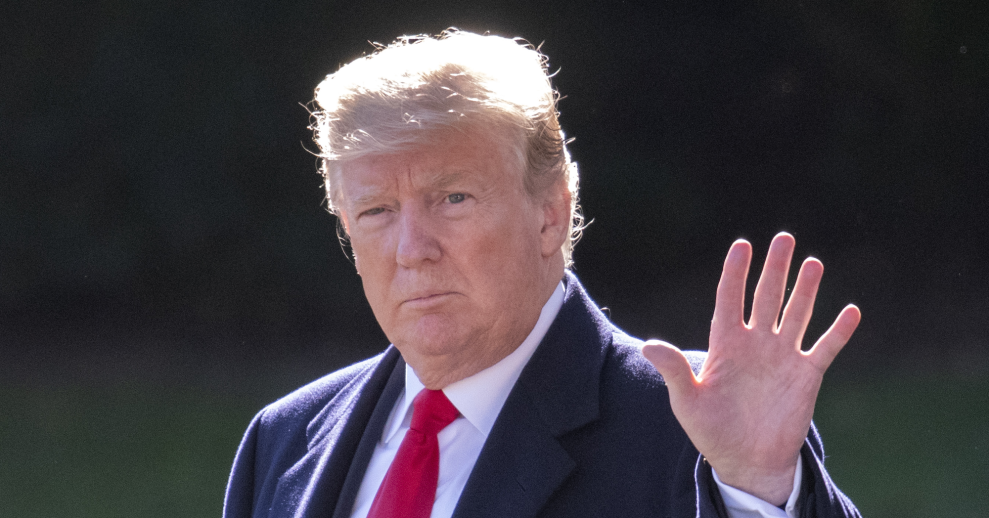 President Donald Trump on Monday revealed a new nickname for Sen. Ted Cruz (R-Texas), a man he once repeatedly disparaged as “worse than Hillary” in addition to publicly insulting the physical appearance of his wife.

“To me, he’s not ‘Lyin Ted’ anymore. He’s ‘Beautiful Ted’,” Trump told reporters on his way to Houston, Texas, where he’s scheduled to headline a much-anticipated rally in support of Cruz.

“I call him ‘Texas Ted!'” he continued before acknowledging the highly contentious relationship he once had with his former opponent during the 2016 Republican primary for president. Still, Trump insisted that the two “got together” once the primary ended and Trump secured the party’s nomination.

But any newfound admiration for Cruz appeared to have its limits. When asked Monday if he disavowed pushing a baseless conspiracy theory accusing Cruz’s father of being behind the assassination of John F. Kennedy during the 2016 Republican presidential primary, Trump pointedly responded, “I don’t regret anything. It all worked out, very nicely.”

President Trump on Sen. Ted Cruz, who he will be campaigning for in Texas tonight: “Ted and I get along very well … He’s not ‘Lyin’ Ted’ anymore, he’s ‘Beautiful Ted.’ I call him ‘Texas Ted’" https://t.co/9iUX6VKDtB pic.twitter.com/PZFgHK6ajJ