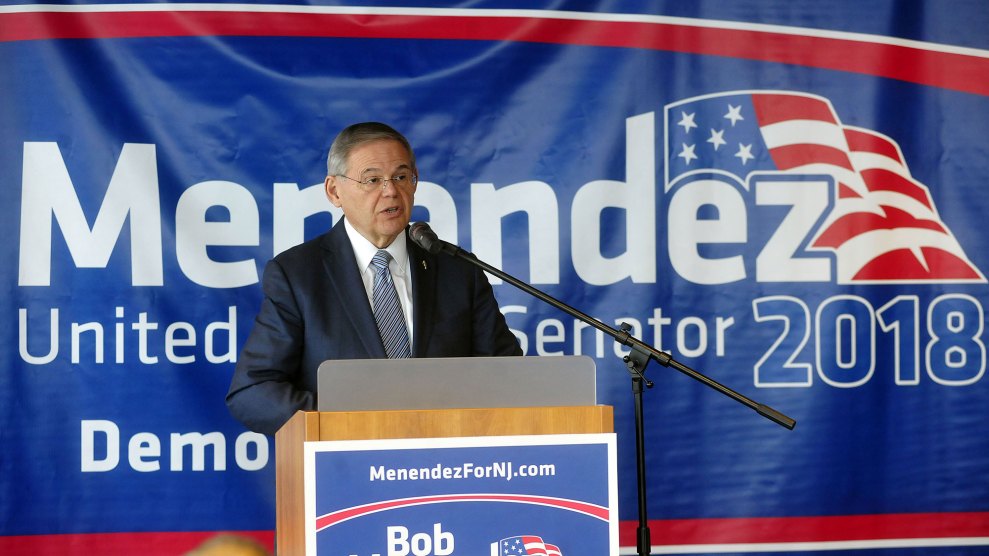 Heading into the 2018 midterm elections, Democrats faced long odds of taking back the Senate. With 10 incumbents up for reelection in states carried by President Donald Trump—five representing places he carried by double digits—the party needed just about everything to go right, and get a few lucky breaks, if they were to end up with the net gain of two seats it would take to control the chamber.

Miraculously, they still have an outside shot at doing just that. Incumbent Democratic senators in Pennsylvania, Michigan, Wisconsin, and Ohio all have comfortable leads. The party’s challengers have narrowly led in polls for open seats in Arizona and Nevada, and trail by just a few points in Texas. (Yes, Texas.) And even the most vulnerable of the Democrats’ Senate incumbents—Joe Donnelly of Indiana, Heidi Heitkamp of North Dakota, Bill Nelson of Florida, and Claire McCaskill of Missouri—are still very much alive; all four races are considered toss-ups by the Cook Political Report.

On the other hand, there’s New Jersey. On Monday, Stockton University released a new poll showing Democratic Sen. Bob Menendez leading Republican Bob Hugin, a drug company CEO, by just 2 points, 45 to 43. It is not the first poll showing a tight race. In a state Hillary Clinton carried by 14 points in 2016, the previous three surveys, all spaced out by a few months, showed the Democrat up by just 6, 2, and 4 points, respectively.

It’s not hard to figure out the problem. Last year, Menendez went on trial in federal court for public corruption. Although the case ended in a mistrial—the Department of Justice moved to dismiss the charges in January—the facts were damning. Menendez did personal favors for a major donor, including using his office to help the donor obtain visas for girlfriends. In April, the Senate Ethics Committee “severely admonished” Menendez for having gone “well beyond Senate norms” in his work for the donor.

Some lawmakers or state political parties might be humbled by this experience, but Menendez was emboldened. “To those who were digging my political grave so they could jump into my seat, I know who you are and I won’t forget you,” he said shortly after the trial. The state Democratic party closed ranks behind him, and he didn’t face a serious primary challenge this spring. (Even so, he pulled less than two-thirds of the vote against Lisa McCormick, a relatively unknown community newspaper publisher.)

But this is still New Jersey, and therefore, it is still the incumbent’s race to lose. In the Stockton poll, Hugin has the support of 88 percent of Republicans; Menendez has the support of 80 percent of Democrats. If New Jersey’s Democrats come home in the end, the senator will be back in Washington next year, perhaps as a player in an expanded or even dominant caucus. And Democrats are pulling out the heavy hitters to make sure he sneaks through: Clinton herself is headlining a Jersey City fundraiser for Menendez in two weeks. But with so many races around the country in play, an incumbent in New Jersey is the last thing Democrats want to be worrying about.