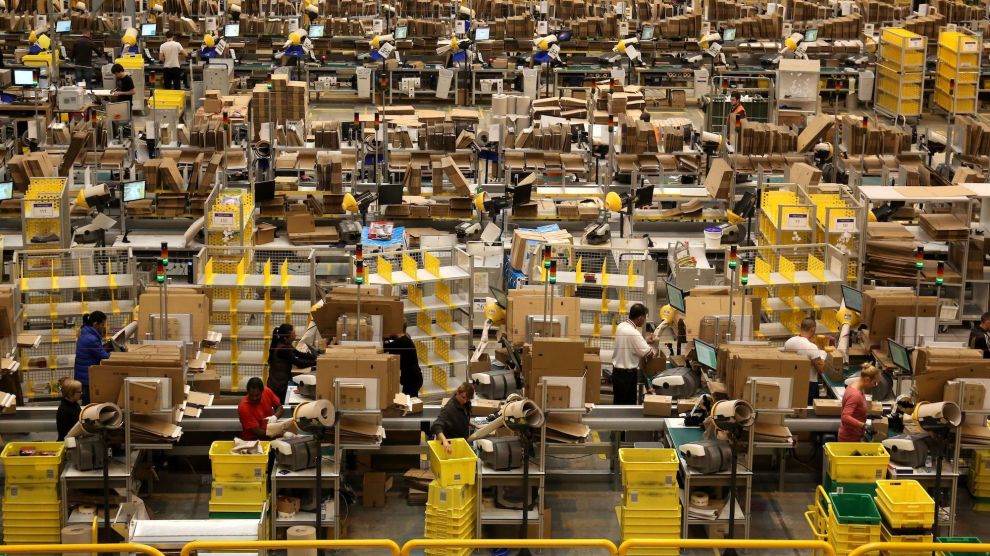 After mounting pressure in recent months over the company’s working conditions, Amazon announced today it would raise the minimum wage for all its warehouse workers to $15 an hour starting next month. The raise in wages will effect its 250,000 full and part-time warehouse workers as well as over 100,000 seasonal employees to be hired in upcoming months.

The company has been under increased political pressure in recent months. In September, Sen. Bernie Sanders (I-Vt.) introduced the BEZOS Act, which would require large employers, such as Amazon and Walmart, to pay a corporate tax equal to 100 percent of the federal benefits, such as Supplemental Nutrition Assistance Program (SNAP) and Medicaid, received by their employees. At the time, Amazon responded to the Sander’s claims by stating that the average hourly wage for a full-time warehouse associate was “well over $15/hour before overtime.”

“We listened to our critics, thought hard about what we wanted to do, and decided we want to lead,” Jeff Bezos, Amazon Founder and CEO, said in a press release. “We’re excited about this change and encourage our competitors and other large employers to join us.”

The company also announced Tuesday that it would lobby for an increased federal minimum wage. “We will be working to gain Congressional support for an increase in the federal minimum wage. The current rate of $7.25 was set nearly a decade ago,” said Jay Carney, senior vice president of Amazon Global Corporate Affairs and former Obama press secretary. In 2017, the company spent nearly $13 million in lobbying and is set to outpace that number in 2018.

Sanders express his support of the decision in a press conference on Wednesday. “What Mr. Bezos today has done is not only important to Amazon’s hundreds of thousands of employees, it could well be…a shot heard around the world,” Sanders told reporters. He added that there was “no reason” now why profitable corporations like Walmart should not follow suit, and that he looked forward to working with Bezos on these policy issues.

But today’s news isn’t a ceasefire for labor advocates, who have still scrutinized the company in light of its resistance to unionization efforts by employees of Whole Foods, which the company acquired in 2017. The company has also been scrutinized for working conditions in its warehouses, which have been been the subject of numerous citations by the Occupational Safety and Health Administration, including an investigation into the 2016 death of a worker at one of its Pennsylvania warehouses.