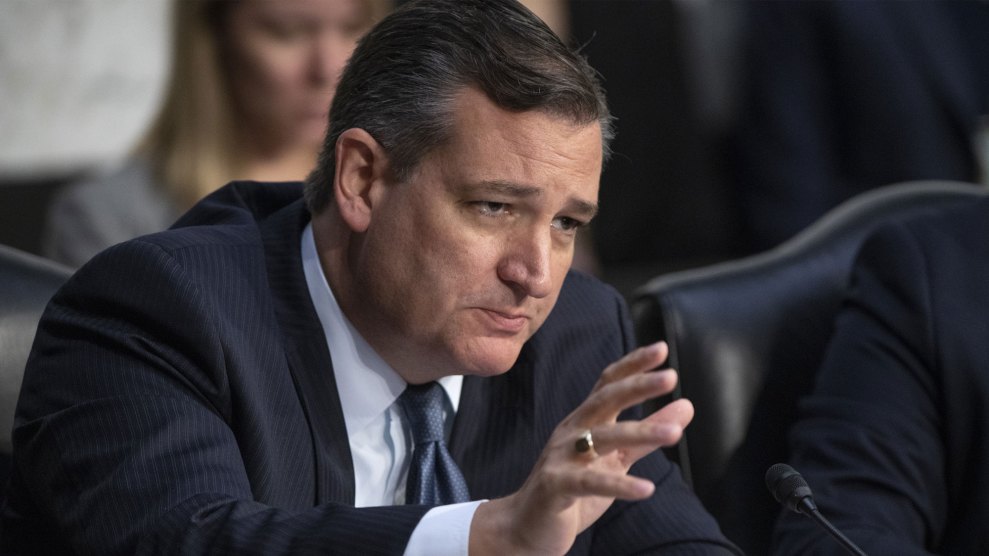 On Friday, Rep. Beto O’Rourke, the Democratic nominee for Texas Senate, told an audience at a Dallas church that Amber Guyger, the police officer who broke into the home of Botham Jean, her 26-year-old neighbor, and killed him on September 6th, should be fired.

“I don’t understand given the actions how anyone can come to any other conclusion,” he said.

“We all want justice and the facts.”

O’Rourke, whose comments last month on police shootings went viral—and landed him on Ellen—criticized the handling of the subsequent investigation, noting that a search warrant released to the public on the day of Jean’s funeral revealed police had searched for drugs in the victim’s home.

“When we all want justice and the facts and the information to make an informed decision, what’s released to the public? That he had a small amount of marijuana in his kitchen,” O’Rourke added.

O’Rourke’s opponent, incumbent Republican Sen. Ted Cruz, took a different position. In a Sunday interview with Houston’s Fox affiliate, the first-term senator conceded that the officer who broke into an apartment and shot the man who lived there “may have been in the wrong,” but that it should be up to a jury to decide her fate.

It’s a tragic situation where everyone is horrified by what happened. And it may well be that two lives were destroyed that night. That obviously the individual that was at home in his apartment and found himself murdered—that is horrific and a nightmare. As I understand it, the police officer’s story is that she was mistaken she was confused she thought she was in her apartment and was instead in his and thought he was an intruder. It’s possible what happened was a horrifying and horrific misunderstanding. Or it may be something else. And that’s why we have a legal justice system, to actually learn what the facts are, learn what happened. I wish Beto O’Rourke and Democrats weren’t so quick to always blame the police officer, always attack the police officer. She may have been in the wrong and if a jury of her peers believes that she behaved wrongly then she’ll face the consequences. But I don’t think we should jump to conclusions. It may have been just a horrific misunderstanding with horrifying consequences, or it may have been something worse.

What Cruz is doing here isn’t exactly subtle. As with his prior attacks on O’Rourke for supporting Colin Kaerpernick’s protest of police shootings, the incumbent wants to cast his Democratic rival as an America-bashing, anti-cop radical.

Cruz, evidently, sees Guyger’s case as a political opportunity. But he’s sticking his neck out after a deadly incident whose facts have already caused some conservatives to rethink their broader perspectives on police shootings. O’Rourke, for his part, wasn’t calling for summary legal judgment; he was saying that an officer who, in the most favorable reading, accidentally committed a home invasion that ended in a homicide, should not continue to be armed and deputized by the state to shoot to kill. Cruz is silent on that question.