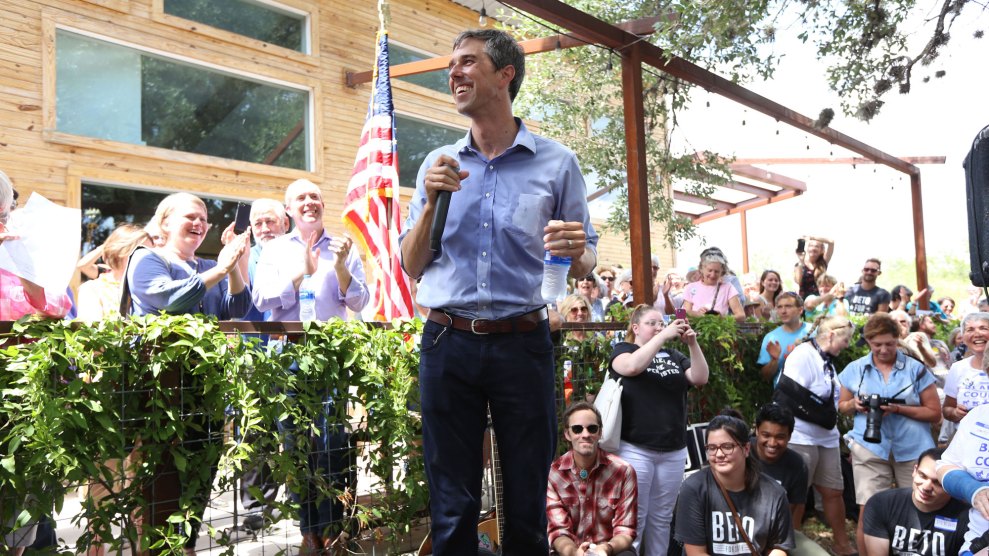 Stop me if you’ve heard this one before: a new poll released Tuesday shows Democratic Rep. Beto O’Rourke in a tight race with Texas Republican Sen. Ted Cruz. The survey from Crosswind Media has Cruz up just three points—47 to 44—even as Republican Gov. Greg Abbott appears to be running away with his re-election campaign.

Surveys of the Texas Senate race have been pretty steady and they all point to a clear pattern—after coasting to election in 2012 and finishing second in 2016’s Republican presidential primaries, Cruz is in the race of his life. In the four previous public polls of the race, Cruz led by one point, four points, six points, and two points.

Cruz is in the race of his life.

While Cruz has been attacking O’Rourke on the airwaves since early August, this poll was conducted amid a new onslaught of anti-O’Rourke ads funded by conservative outside groups, led by the Club for Growth. The spending comes as Washington Republicans are starting to fret publicly about a race that once seemed like a lock.

As a three-term congressman from El Paso, a city that’s not even in the same time zone as the rest of the state, one of O’Rourke’s biggest challenges is defining himself to an electorate that is mostly just discovering him—before Cruz and his allies do it first. That the race is this close with under two months to go suggests he’s succeeded in a way without recent parallel; if the margin were to stay as it is, it would be the closest statewide race in Texas in a generation.

O’Rourke has largely thrown out the script for running in Texas, or anywhere else for that matter. His campaign is a hyperactive reality show, live-streaming a half-dozen events a day in all corners of the state, and sometimes, even, a pre-dawn jog with supporters. But what’s happening now wasn’t unforeseeable, either. To understand how O’Rourke—and Texas—got here, check out my profile of the race from 2017, as his campaign was just taking off:

O’Rourke’s politics, forged in one of the largest border communities on Earth, are in many ways the antithesis of President Donald Trump’s; he supports single-payer health care and marijuana legalization, hates the wall, and loves Mexico. Trump’s platform was all but designed in a lab to devastate predominantly Hispanic ports of entry like El Paso. But in Texas, a state gripped by one-party rule, anemic turnout, and a photo ID law that makes voting disproportionately harder for college students and people of color, O’Rourke believes the same frustration that ushered in Trumpism can also be harnessed to thwart it. A year ago, running against Cruz might have looked like a suicide mission—maybe it still is. But something is happening in Texas.