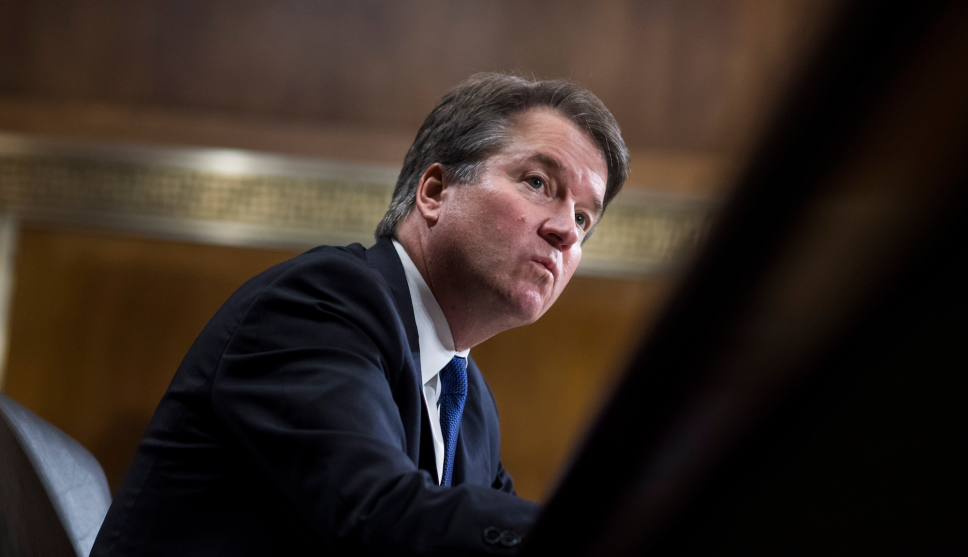 The American Bar Association is urging the Senate Judiciary Committee to halt a vote on Brett Kavanaugh’s Supreme Court nomination until the FBI completes an investigation into the sexual assault allegations against the nominee.

In a letter late Thursday, the group’s president, Robert Carlson, described Supreme Court appointments as “simply too important to rush a vote.” Republicans have been heavily criticized for muscling through Kavanaugh’s nomination process despite allegations of sexual misconduct by three women and questions about his credibility.

“Deciding to proceed without conducting additional investigation would not only have a lasting impact on the Senate’s reputation, but it will also negatively affect the great trust necessary for the American people to have in the Supreme Court,” Carlson wrote.

The ABA had previously bestowed its highest rating (“well qualified”) in support of Kavanaugh’s nomination. Republicans on the Senate Judiciary Committee, along with the president, have repeatedly claimed an FBI investigation into the allegations against Kavanaugh is not necessary, arguing that over the years he has undergone six FBI background checks. Kavanaugh on Thursday repeatedly refused to directly answer questions from Democrats on whether he would support an FBI investigation into the charges leveled by Christine Blasey Ford and two other accusers.

The letter came hours after Kavanaugh and Ford, who accused the Supreme Court nominee of sexually assaulting her during a party in the 1980s, testified before the Judiciary Committee. Sen. Lindsey Graham (R-S.C.), who mounted an angry defense of Kavanaugh on Thursday, had specifically referenced the ABA’s rating of Kavanaugh as the “gold standard.”

“If you lived a good life, people will recognize it like the American Bar Association has, the gold standard,” Graham said. “His integrity is absolutely unquestioned.”

Also Thursday, the leading magazine for the Jesuit religious order, which ran the private high school Kavanaugh attended, Georgetown Prep, called on lawmakers to withdraw Kavanaugh’s nomination. Failing to do so would signal they were “prioritizing policy aims over a woman’s report of an assault,” the editorial from America magazine read. “Were he to be confirmed without this allegation being firmly disproved, it would hang over his future decisions on the Supreme Court for decades and further divide the country.”

“For the good of the country and the future credibility of the Supreme Court in a world that is finally learning to take reports of harassment, assault and abuse seriously, it is time to find a nominee whose confirmation will not repudiate that lesson,” the editorial continued.

Republicans have vowed to push ahead with a committee vote on Kavanaugh’s nomination, which is scheduled for 9:30 a.m. A full vote to send him to the Supreme Court could happen as soon as early next week.