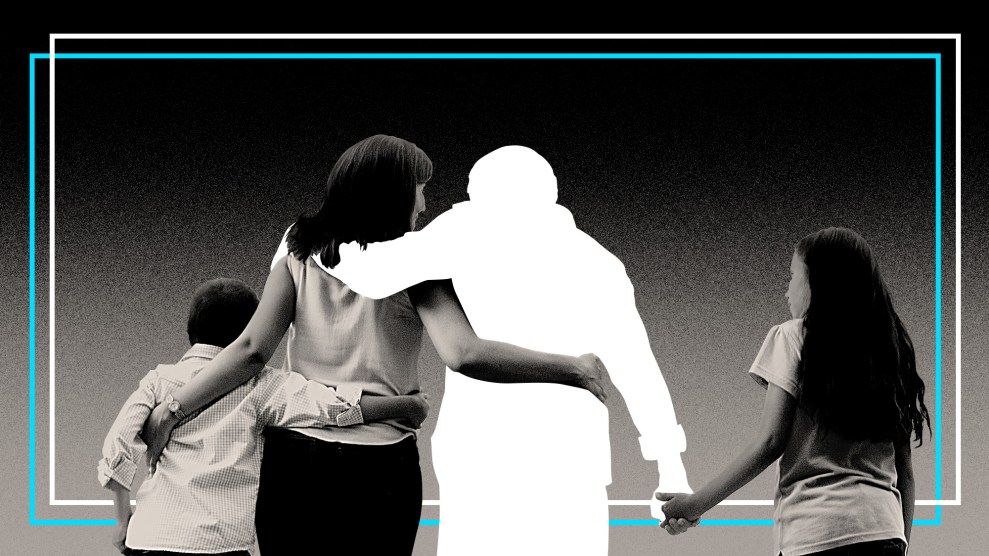 On a warm, dry afternoon in late May, Jasmine Mendoza arrived at a rural elementary school outside Montpelier, Vermont. Trailing close behind was her 5-year old son Cruz, who was set to begin kindergarten the following Monday, just weeks before the school year would end.

“So, we want to talk a little about what we call triggers, that we should be aware of,” the principal began. She wanted to involve Cruz in an upcoming field trip but acknowledged that he and Jasmine were fresh off of a six-day bus ride from Michoacán, Mexico. “We were thinking that there might be [an issue] because his last bus trip was quite extensive, from what you’re saying.”

The principal was joined by the school’s counselor, kindergarten teacher, and English Language Learner specialist. Cruz entertained himself with toy animals and mumbled in Spanish while his mother spoke about their experience in Mexico and why they’d made the exhausting journey to Vermont. After the meeting, Jasmine felt confident that Cruz would excel in school, even though he’d hadn’t lived in the United States for most his life and had difficulty conversing in English.

Jasmine and Cruz’s situation is different than most families who make their way across the southern border—they were both born in the United States and are American citizens. In 2014, Jasmine decided to move to Mexico after her husband was deported there. At the time, she refused to allow US immigration policy to split up her family. Now, four years later, she’s had to return home, fleeing the same type of violence and unrest that has driven hundreds of thousands of Mexican and Central American immigrants to head north.

Five years ago, Jasmine and her husband Claudio were living in Norwalk, Connecticut, where they initially met and married. Claudio did masonry work during the week and odd jobs over the weekend. They were renting to own a house from Claudio’s boss, and they had plans to launch their own masonry business. In February 2013, police in New York City stopped Claudio for driving without a seat belt. Officers discovered an outstanding warrant and deportation order from 1998 and Claudio was taken to Rikers Island. He was subsequently transferred to Immigration and Customs Enforcement custody and deported. He had been living in the United States for 16 years.

In the weeks after Claudio’s deportation, Jasmine says she was “basically on auto-pilot with no air to breathe.” Suddenly, she had to work two jobs while looking after a newborn. “I fell in between the cracks.” After 18 months, she decided the situation was not sustainable. Though she’d never left New England before, Jasmine packed her things into a truck and drove with Cruz from Connecticut to Michoacán to join her husband. “I was terrified,” she recalls.

Contrary to common belief, a marriage between a US citizen and a non-US citizen does not always mean an automatic pathway to citizenship for the spouse who is a non-US citizen. It can be a long and arduous legal process, particularly if a spouse is undocumented. There is no data on how many spouses of American citizens are deported each year. According to the American Immigration Council, roughly 250,000 children who are US citizens experience the deportation of at least one parent annually.

Jasmine and Claudio reunited and moved into a 200-year-old house in the countryside outside Morelia, the capital of the state of Michoacán. Claudio got a job as a road supervisor for the local municipality. Everything was new to Jasmine and Cruz, who had just started speaking sentences in English. “I put on a lot of Spanish cartoons,” Jasmine says.

She didn’t realize it, but she wasn’t alone in her situation. She began reaching out over the internet to other women who had gone into self-imposed exile after their spouses were deported. Before long, Jasmine started a Facebook group for these women called the Exiled Wife. The group’s conversations were mostly practical: How to adjust to life in Mexico, how to get kids into school, and how to get dual citizenship.

“Where can I rent a car for cheap? Should I take everything or sell some of my things? What should I expect?” Cecilia Garcia recalls asking the group as she plans to move to Tijuana to join her husband. Cecilia and Jasmine now organize rallies in the US and work together to raise awareness around immigration issues such as the #fix96 movement, which seeks to reform immigration legislation signed by President Bill Clinton in 1996. “We are in dire need. [The deportation] is detrimental not only to me, as an American citizen, but also to my children.” said Cecilia.

“All we want is peace in an area to safely raise our son,” Jasmine says. “We can’t do it in America.”

More importantly, the group was a place for emotional support. The combination of family separation, moving abroad, and transitioning to new culture could put significant stress on a marriage. The group began with just several dozen members, but quickly exploded, expanding into several offshoot groups with hundreds of members. The original Exiled Wife Facebook page, although no longer active, has nearly 5,000 followers.

“I grew up there,” Jasmine says of the women she met through the Exiled Wife as well as the local women in her community. “I found sisterhood.” She recounted evenings drinking tequila, putting on Selena costumes, and singing “Bidi Bidi Bom Bom” with her girlfriends.

Jasmine and her family were starting to live comfortably and she was prepared to stay in her rural community. Then campaign season kicked off during the fall of 2017 and the situation in town rapidly deteriorated. A political upheaval led to the firing of hundreds of municipal workers, including Claudio. The sudden power grab was part of a much larger pattern that made Mexico’s 2018 campaign season the deadliest ever. The local police, once familiar faces, were now replaced by strangers. “I remember walking to school, and [my friend] saying, ‘Don’t say anything in front of them or near them,'” Jasmine recalls. “Look at the boots,” her friend said, pointing out that the new police wore the tan-colored boots often associated with drug cartel members.

“People slowly started packing up their families and leaving town,” Jasmine recalls. At the start of this year, bodies began turning up. The first, according to Jasmine, was hanging from a sign, and several days later, more were found in a field where she often cut hay. Without Claudio’s job, the family couldn’t survive financially, and the violence around them seemed to be spiraling out of control. They decided they had no choice but to leave.

Claudio would move to a property his father owned in Morelia, a relative oasis of safety. Because of his prior deportation order, Claudio can not try to return to the United States for 10 years. While U.S. Citizenship and Immigration Services may issue waivers to immigrants in Claudio’s situation, he’s unlikely to get one under the current administration. (USCIS does not have data on how often these waivers are granted.) Jasmine and Cruz would begin their nearly 3,000-mile bus ride back to her home state of Vermont, where she hadn’t lived in nearly 20 years.

For the second time, Cruz would experience moving to a radically different environment and the sudden departure of his dad from his life. Jasmine and Claudio’s principal concern is the well-being of Cruz. “All we want is peace in an area to safely raise our son,” Jasmine says. “We can’t do it in America, because [Claudio is] undocumented, and in Mexico we can’t do it because of the crime, the violence and the political distress. Where are we supposed to go?”

The day after Cruz’s orientation at his new school, Jasmine threw him a 6th birthday party. Speaking in English with a thick Spanish accent, Cruz badgered his mother for cake. Cruz and some of his new friends rampaged through the house and then sang “Happy Birthday.” As Cruz opened his gifts, Jasmine held out a phone with Claudio on FaceTime. Tears ran down his face as he watched. When Jasmine asked Cruz to speak to his father in Spanish, Cruz abruptly turned around and walked away.