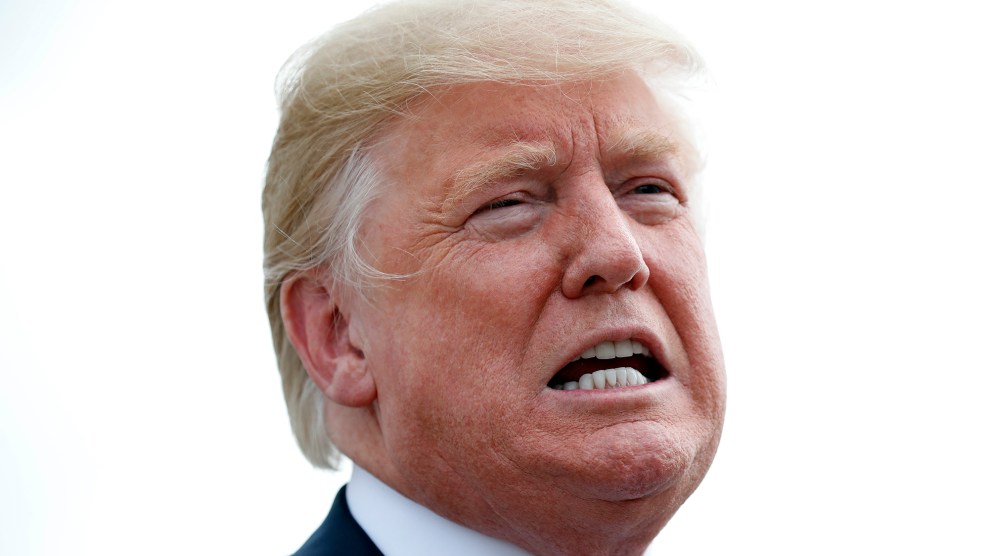 Donald Trump, still reeling from a week of legal blows to his former campaign chair and lawyer, who has implicated the president in allegations of campaign finance violations, lashed out on Saturday at the Justice Department, returning to one of his favorite topics: Hillary Clinton’s emails. But his early Saturday morning missives also included a disturbing threat, that at some point he “may have to get involved” in the investigation.

Big story out that the FBI ignored tens of thousands of Crooked Hillary Emails, many of which are REALLY BAD. Also gave false election info. I feel sure that we will soon be getting to the bottom of all of this corruption. At some point I may have to get involved!

“The FBI only looked at 3000 of 675,000 Crooked Hillary Clinton Emails.” They purposely didn’t look at the disasters. This news is just out. @FoxNews

“The FBI looked at less than 1%” of Crooked’s Emails!

The tweets come days after Trump’s onetime campaign chairman Paul Manafort was convicted of eight counts of financial crimes, and after his former personal lawyer Michael Cohen pleaded guilty to bank, tax, and campaign finance charges. Cohen said Trump had “directed” him to break campaign finance rules for the “principal purpose of influencing [the] election.”

For months, Trump has described special counsel Robert Mueller’s ongoing probe of Russian interference in the 2016 election as a “witch hunt” and accused the FBI of failing to properly look into Clinton’s use of a private email server while she was working as secretary of state. The case against Cohen began, in part, on a referral from the special counsel.

On Saturday, Trump also continued to escalate his feud with Attorney General Jeff Sessions. After recent attacks on the attorney general for recusing himself from the Russia investigation, Sessions on Friday defended his decision. “While I am Attorney General, the actions of the Department of Justice will not be improperly influenced by political considerations,” he said.

Jeff Sessions said he wouldn’t allow politics to influence him only because he doesn’t understand what is happening underneath his command position. Highly conflicted Bob Mueller and his gang of 17 Angry Dems are having a field day as real corruption goes untouched. No Collusion!

.@LindseyGrahamSC “Every President deserves an Attorney General they have confidence in. I believe every President has a right to their Cabinet, these are not lifetime appointments. You serve at the pleasure of the President.”

The fight between Trump and Sessions has led to speculation by Sen. Lindsey Graham (R-S.C.) and others that the president may be weighing firing his attorney general after the November midterm elections.