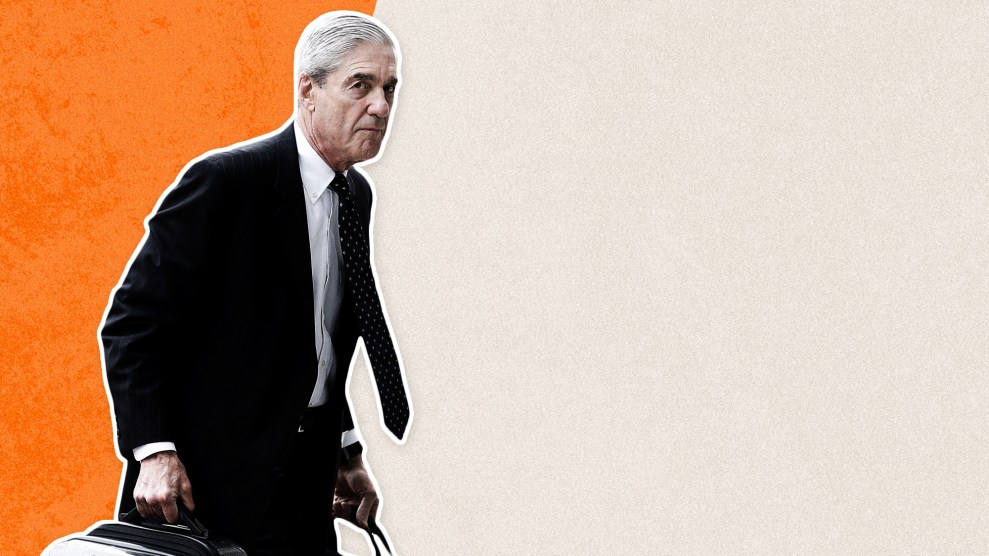 Here’s the thing about special counsel Robert Mueller’s investigation into Russian election interference and Trump’s possible involvement: When it’s all over, don’t expect a tell-all public report. In fact, years of interviews, subpoenas, and a trail of documents could remain hidden forever. Is this a case of even more obfuscation? No, explains DC bureau chief David Corn in the latest episode of the Mother Jones Podcast, out Wednesday morning. That’s simply how these things work.

“I think this is one of the biggest misconceptions of the Mueller investigation,” Corn says. “I hear again and again, ‘Well, when is the Mueller report going to come out? And when that comes out won’t that reveal everything?’ And the answer is, there may not really be a Mueller report. And whatever comes out may not answer everything.”

Listen to the segment below:

Put simply, there is no legal requirement for Mueller to make his report public. “His mission here is to find crimes and prosecute,” Corn says. “If none of these things fall into the category of a prosecutable crime, that information may stay secret.”

In the podcast, Corn gives listeners the basic outline of what might happen at the end of Mueller’s tenure. If no charges are filed, then this is what is likely to happen: First, Mueller must write a report explaining his prosecutorial decision making that will go to Deputy Attorney General Rod Rosenstein, since Attorney General Jeff Sessions has recused himself from this whole affair.

Rosenstein then has three basic options:

Congress might also demand the report from Rosenstein. In any case, Corn says, a federal prosecutor like Mueller is obligated to keep information private unless he or she decides to use it in an indictment or as evidence in a case.

Here’s the bottom line: There’s a very good chance that the public will never know what it doesn’t know. “Those Americans out there who are waiting for Robert Mueller to give us the full truth of what happened in terms of the Russian attack on the United States,” Corn warns, “we’re likely not to be satisfied.”

There’s more on this week’s podcast.

The midterm elections are in serious danger of being hacked, so why have the White House and its GOP allies in Congress done so little to combat the threat? Reporters Pema Levy and AJ Vicens discuss their new investigation into the escalating danger Russia poses to the 2018 elections.

“The Russians are back,” Levy says. “They’re interested in these midterm elections, and we’ve got several months to go before November. So I think people only expect that these attempts will be ramped up.”