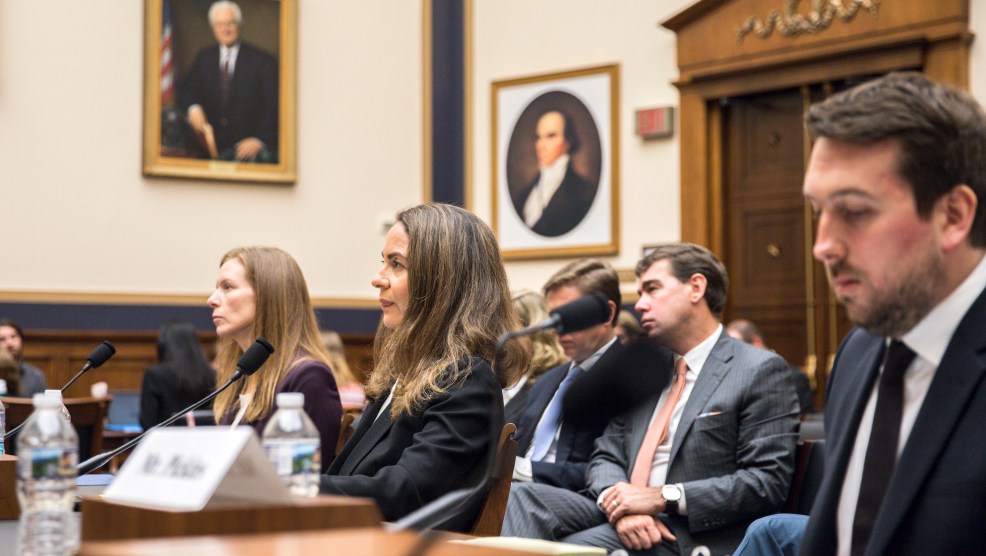 A day after President Donald Trump denied Russian meddling in the 2016 election while standing next to Vladimir Putin, Democrats in Congress pushed a group of tech executives to explain how their companies are combatting Russian disinformation, while Republicans on the committee spent their time quizzing the tech representatives on whether their platforms are biased against conservative outlets.

For their part, the tech executives—representing Google, Facebook, and Twitter—told the House Judiciary Committee that their platforms had reversed course since the 2016 election, and improved both human and technological systems that allow them to detect the kind of misinformation that played a substantial role in Russian interference. According to Twitter senior strategist Nick Pickles, the site has experienced a 229 percent increase in reports of “suspicious activity” since implementing new technology to detect foreign actors.

But Republicans on the judiciary committee were more concerned that Facebook and other tech companies were overly biased against conservative websites. Rep. Lamar Smith (R-Texas) claimed that Google had censored search results for “Jesus, Chick-fil-A, and the Catholic religion,” without citing any source for the allegations. Rep. Steve King (R-Iowa) grilled the witnesses about why traffic to the conservative site the Gateway Pundit has plummeted, while his fellow party members attributed the bias to Facebook’s consultation with liberal groups such as the Southern Policy Law Center in developing its guidelines.

Monika Bickert, an executive from Facebook, said the website consulted 100 different third-parties in developing the guidelines, including a civil rights lawyer to address racial bias on the platform.

While Twitter also suggested that it had been conferring with outside experts on developing its guidelines, Pickles remained vague when questioned on Tuesday, referring back to the platforms “rules” for how it determines action against users. “We do not believe that censorship will solve political or societal challenges or that removing certain content could resolve disagreements,” Pickles said in his opening testimony.

Rep. Matt Gaetz (R-Fla.) had the Facebook executive read aloud two posts by an anti-conservative group “Milkshakes Against The Republican Party” that called for violence against Republicans for their failure to address gun control. He asked why, after repeated reports from his staff, the page was not taken down. He says at the time Facebook said the posts did not violate their community standards, though Bickert testified under oath that they did.

“False news is something that negatively effects the quality of discourse on both the right and the left,” Bickert testified, acknowledging that the company’s fact-checking practice “still isn’t a perfect process.” Earlier in the hearing Bickert explained that Facebook is currently working on an appeal process for those who have reported content that Facebook did not find in violation of community guidelines. The site already allows users who have violated community guidelines to appeal the decision.

Members also questioned if the platforms should be subject to the same regulations as traditional media outlets. But when Rep. Daryl Issa (R-Calif.) suggested that they should be held to the same legal liability as media outlets, executives countered that eliminating protections afforded to them under the Communications Decency Act would be harmful to free speech.”

While the bulk of Republican questioning avoided talk of Russia, Rep. Louie Gohmert (R-Texas) claimed that the companies came prepared to “help Democrats” when they discussed Russia but were unable to answer if North Korea or Chinese actors had used their platforms in a similar manner to interfere with the election.

Democrats, meanwhile, were pushing the companies to go further in removing content. YouTube came under fire for it’s failure to remove videos from InfoWars and its host Alex Jones. “How many strikes does a conspiracy theorist who attacks grieving parents and survivors of a mass shooting get?” asked Rep. Ted Deutch (Fl.-D), referencing videos from InfoWars that claimed students from the Parkland shooting were actors. Juniper Downs, an executive representing the company, replied that while Youtube has a three-strike policy against offenders, its strategy for dealing with conspiracy theories is to provide links to alternative sources of “quality” information rather than fully deleting them from search results.

Tech companies have been going out of their way to reassure conservatives that their views are welcome on social media. When Facebook convened a meeting of media executives last week, a large number of conservative publications were invited to the table, media executives recently told the Wall Street Journal. Multiple outlets reported that in June, Twitter CEO Jack Dorsey met with Trump and other high-ranking public officials in private to discuss claims of conservative bias on the platform.

“The Majority would have us believe this conspiracy theory about anti-conservative bias despite the fact that the Republican Party currently controls every elected component of our federal government,” Rep. Jaime Raskin (D-Md.) said in a prepared statement. “While there are legitimate questions to be raised about social media companies’ practices, alleged anti-conservative bias in not one of them. We continue to go down a road of pure fantasy.”