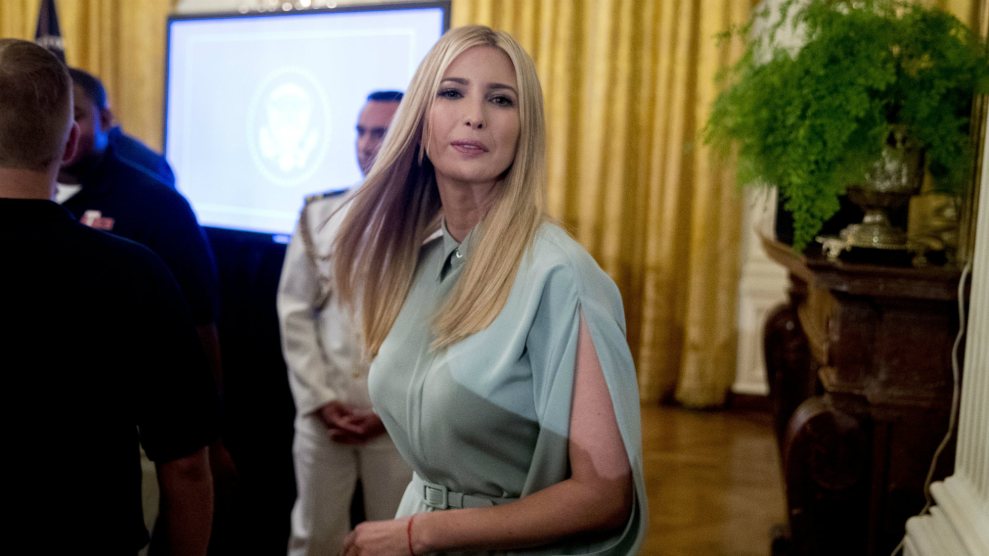 Ivanka Trump announced on Tuesday that she’s shutting down her eponymous fashion brand, saying she wants to focus on her work in Washington, where she serves as a White House adviser. Despite agreeing at the beginning of the Trump presidency to step away from day-to-day control of the business, she retained ownership of the brand—a similar arrangement to that of her father and his business dealings—which opened the door to conflict-of-interest accusations.

The brand’s complicated relationship with the White House’s official business was exemplified by an official scolding that Trump adviser Kellyanne Conaway received from a federal ethics watchdog over her promotion of Ivanka-branded products during live television appearances last year. Although Ivanka Trump tried to play down her role in the company, it’s ongoing trademark issues in China were favorably resolved as President Donald Trump has sought to engage more with the Chinese government. Meanwhile, the brand’s tendency to source its products from overseas—in apparent contrast to her father’s America First trade policies—raised eyebrows.

The news is an abrupt change for the brand. Insiders told Page Six that it was a total surprise. Although Ivanka Trump claimed to have no current say in the business’ operation, it apparently continued to expand and pursue new products. In April, her company filed a new trademark application in the United States intended to cover Ivanka-branded “clothing, namely, undergarments, socks, tights, stockings, sleepwear, headbands, shawls, lingerie, and sweatshirts.” Previous trademarks filed before and after her father’s 2016 election victory covered other apparel. A trademark covering jewelry, filed shortly before the election, was formally registered just last month.

Ivanka Trump did not mention conflicts of interest in her announcement that the brand was shutting down. Nor did she mention the string of retailers who had dropped the brand, including some, such as Nordstroms, who claimed the brand was no long performing well with customers.

“After 17 months in Washington, I do not know when or if I will ever return to the business,” she said in a statement, “but I do know that my focus for the foreseeable future will be the work I am doing here in Washington, so making this decision now is the only fair outcome for my team and partners.”

Aside from her fashion brand, she continues to own a significant piece of the Trump International Hotel in Washington, just blocks from the White House. Her husband, Jared Kushner, continues to hold large stakes in his family’s real estate empire.