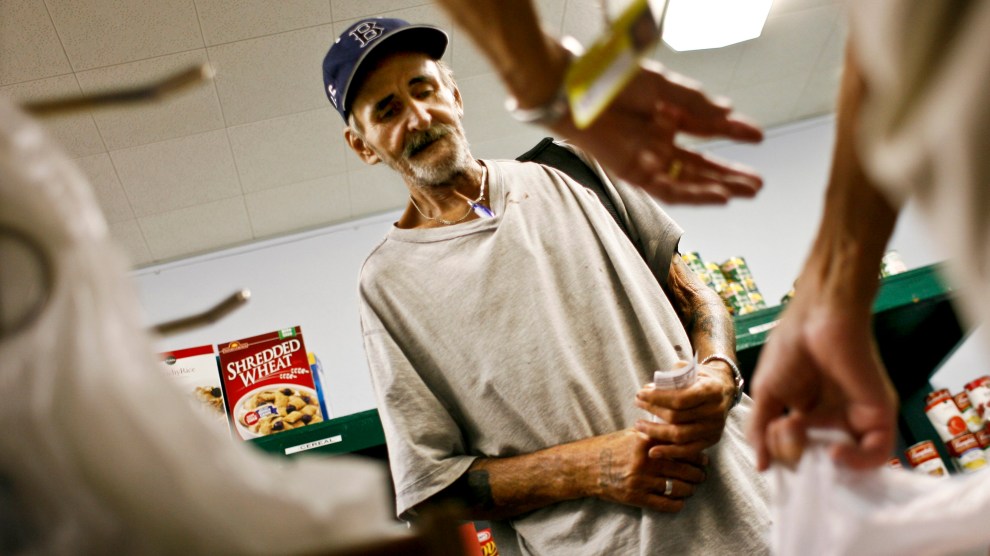 The report’s author, Philip Alston, the UN’s monitor on extreme poverty, said America’s record over the past 50 years has been “neglectful at best,” and the current administration is on track to make things worse. “The policies pursued over the past year seem deliberately designed to remove basic protections from the poorest, punish those who are not in employment and make even basic health care into a privilege to be earned rather than a right of citizenship,” the report said.

The UN report said about 40 million Americans lived in poverty in 2016, nearly half of them in “extreme poverty.”

Alston traveled last December to California, Alabama, Georgia, West Virginia, the District of Columbia, and Puerto Rico. Across America, according to his report, about 40 million people—including more than 13 million children in 2016—lived in poverty. Some 18.5 million lived in extreme poverty, and 5.3 million under Developing World conditions—absolute, dire poverty.

The persistence of extreme poverty here was “a political choice made by those in power,” says the report, which highlights American attitudes towards the poor, voter disenfranchisement, the criminalization of poverty, and the nation’s lack of basic social protections: “The United States is alone among developed countries in insisting that, while human rights are of fundamental importance, they do not include rights that guard against dying of hunger, dying from lack of access to affordable health care, or growing up in a context of total deprivation.”

On Thursday, Haley attacked the report, calling it “misleading and politically motivated.” She added that it was “patently ridiculous for the United Nations to examine poverty in America”—although Alston carried out the report at the formal invitation of the Trump administration.

At Friday’s hearing, in front of delegations from 46 countries, Alston responded: “When one of the world’s wealthiest countries does very little about the fact that 40 million of its citizens live in poverty, it is entirely appropriate for the reasons to be scrutinized.”

Is it just a coincidence that the US withdraws from the UN Human Rights Council two days before it examines the Trump administration's neglect of poverty in the United States? https://t.co/CfQKOJ63hJ pic.twitter.com/9AaEro4xCL

As he opened his presentation, Alston also noted that Haley had described the Human Rights Council as a “cesspool of political bias” during the withdrawal announcement. He responded that his report “draws attention to those I witnessed in Alabama, as raw sewage poured into the gardens of people who could never afford to pay $30,000 for their own septic systems in an area remarkably close to the state capital.”

“I concluded that cesspools need to be cleaned up and governments need to act,” he said.

On Friday, the chair usually occupied by the US delegation was removed from the Human Rights Council chamber.