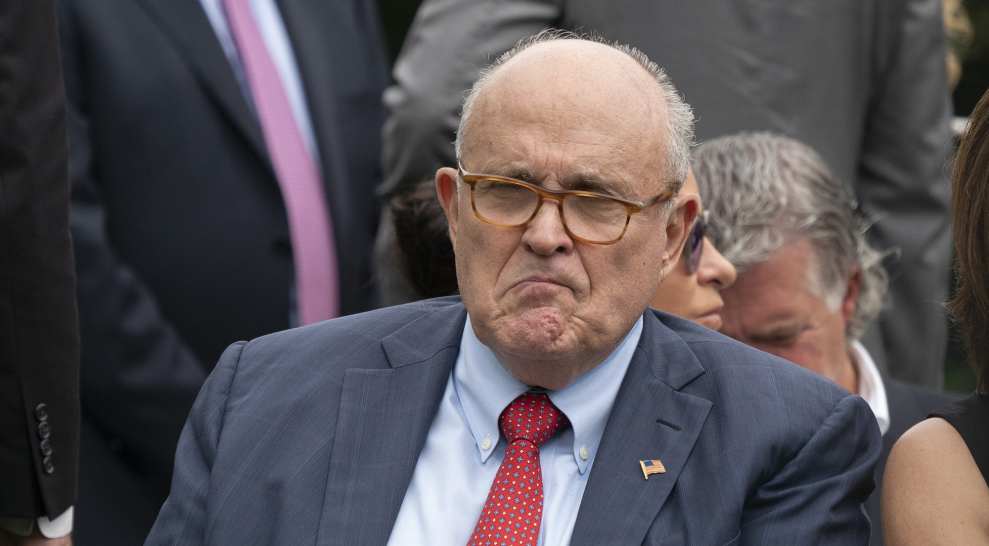 Fresh off an unfortunate dance party in Israel, Rudy Giuliani on Thursday defended a series of sexist attacks he made against Stormy Daniels, in which he claimed that the adult film actress had no “value” because of her profession.

“I respect women, beautiful women and women with value, but a woman who sells her body for sexual exploitation I don’t respect,” Giuliani, the former New York mayor and a member of President Donald Trump’s legal team, told an audience in Tel Aviv this week.

The remarks, which many viewed as an effort to discredit Daniels and her legal battle against Trump, drew instant condemnation. “You’re a misogynistic fool,” MSNBC’s Mika Brzezinski said in response to the public comments. Daniels’ lawyer Michael Avenatti slammed Giuliani as an “absolute pig.”

During the same business conference where he blasted Daniels, Giuliani also claimed that first lady Melania Trump does not believe her husband had an affair with Daniels.