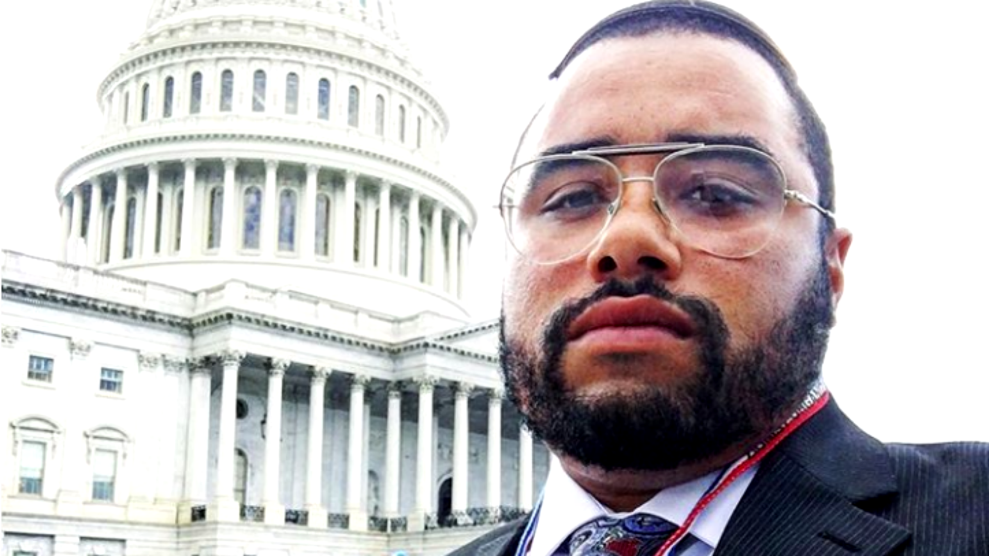 Antar Davidson is a former employee at Southwest Key, a nonprofit chain of migrant shelters, who recently made headlines for talking about the cruel conditions at the facilities. Davidson started working at a Tucson, Arizona, center in February, two months before President Donald Trump’s zero-tolerance policy was instituted. He quit his job earlier this month, after a supervisor ordered him to separate hugging siblings who believed their parents had died. Here Davidson tells Mother Jones, in his own words, about helping migrant children through martial arts, the changes since Trump’s zero-tolerance policy, and why he ultimately could not stay at his job.

My father is Brazilian, an immigrant who became a citizen of this country. My mother is Jewish, and we have family that came through Ellis Island. So I saw this job as an opportunity to pay forward what has been done for me, by bringing my unique skills, which include extensive experience in the Brazilian martial art of capoeira, to teach these minors.

It took me a couple months, but eventually I got the capoeira program at the facility started, and it was really successful. I was teaching about 20 to 60 kids per day. It was exactly what these kids needed: They were in an extremely micromanaged environment with a lot of stress and it was an opportunity for them to be free and assume a new identity. I gave some of them nicknames. I wrote capoeira songs for them in Spanish. I taught them moves. We really connected, and we built a unique community. I got to know them in a much more intimate way than the majority of people working at the facility did.

This wasn’t the humanitarian nonprofit that it was claiming to be. It was a private prison for youth that is extremely lucrative.

When Trump’s zero-tolerance policy started being rolled out, the kids who were coming into the center were so much more disturbed than the kids who had traveled to the US on their own: They were younger kids who were not prepared, who did not make the journey alone, who were essentially separated from their mothers and fathers and not told where they were for weeks. Inevitably, that led to them having a lot more needs. An organization like this has a big responsibility to these kids—that they will have the opportunity to be reunified with their parents and enter the public school system; ultimately, that they can succeed.

But as Southwest Key’s CEO was getting rich, he was ignoring the responsibility, and doing the minimum. Over the past decade [starting under Obama], this organization has steadily seen an increase in the amount of federal funding they receive. The CEO and his wife together make more than $1 million annually, in part from federal tax money. That’s more than twice the presidential salary. While border apprehensions declined over that period, federal funding skyrocketed. That’s not a Trump problem. That was the previous administration. Donald Trump didn’t ruin immigration. You can’t ruin something that’s already ruined.

But the zero-tolerance policy is an inept tactic that the Trump administration is taking. It’s not a tactic that represents a clear understanding of the complexities of Latin America’s immigration situation. You have such a long history of US involvement in these areas, and what you’re seeing is the result of that. We’re facing a huge migratory wave as more and more areas of Latin America become destabilized.

So when a shift leader told me to tell a group of kids they couldn’t hug, it confirmed to me something that I had been feeling for a while: This wasn’t the humanitarian nonprofit that it was claiming to be. It was a private prison for youth that is extremely lucrative. One of the main characteristics of a system like that is a lack of compassion.

The shift leader was completely ignoring the fact these kids had been separated from their mother, they were in a country where they didn’t speak the language, and these kids were responding to being told they were being pulled away from their own family. They were crying and holding each other for dear life, and here comes this shift leader and she thought it was appropriate to say, “Tell them they can’t hug! Tell them they can’t hug!” That’s only a rule you’d enforce if you saw these children not as children, but as a dollar amount.

That night happened to be my birthday, and I intended to propose to my girlfriend. I had the diamond ring and everything. But I was so shaken by what had happened. I came home, got dressed, we went out, but I was just staring into space and thinking about what had happened. She actually knew I wanted to propose, but said, “I know you want to, but now is not the time. Let’s do it another day.” So, I postponed the proposal.

I quit shortly after that.

If separating kids from their parents is about security, I’d like for someone to explain how making more enemies is going to make us more secure.

I think we could save a lot of money and ease the migration (if that’s the major problem here) by doing real programs that give these kids less of a reason to leave their home countries, and an alternative to the drug organizations that are pushing them out. If we’re just traumatizing these kids and throwing them back, then we’re not just giving them an economic reason to join these gangs, we’re giving them an ideological one.

So if separating kids from their parents is about security, I’d like for someone to explain how making more enemies is going to make us more secure.

From the beginning of humankind, people have migrated in large groups. So, we have to figure out, are we going to confront this with war, and fight these people, and create more enemies, or are we going to figure out ways to incorporate them into our society? If [Republicans] would drop this xenophobic, almost racist rhetoric, and say, “Listen, we want to make this country better. We are a country of immigrants,” we could become stronger.

We can’t just wave a sword at all of Latin America and say, “Send your kids here and see them be made an example of.” Save the sword-rattling for the people that need to be rattled at, not for these kids.

This has been condensed and edited for clarity.