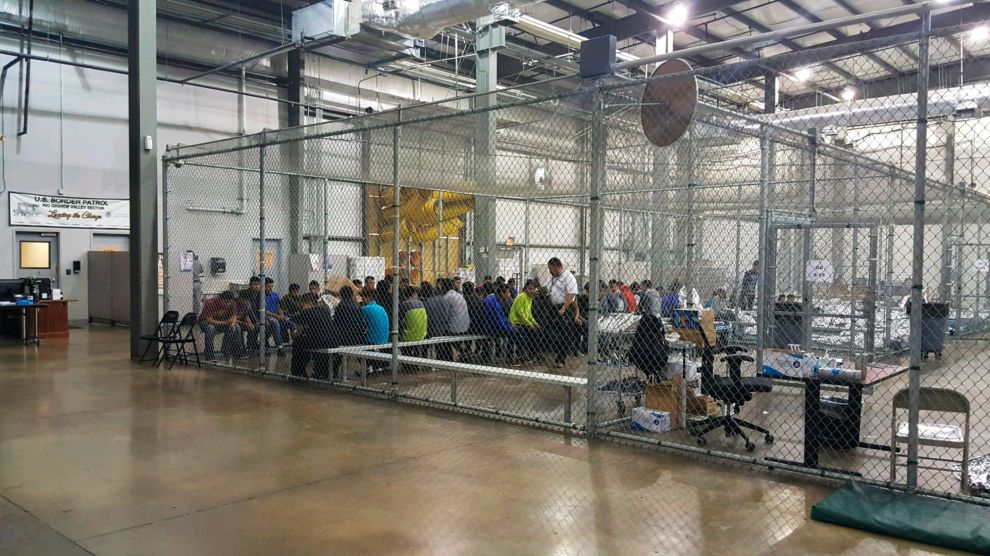 A host of doctors and psychologists have condemned the separation of migrant families at the border, citing the potential health and mental health risks for children. Even as President Donald Trump plans to sign an executive action ending the policy, more than 2,000 children have already been affected by the separations.

In a call with reporters last week, child welfare experts pointed to studies showing that children separated from their parents can experience symptoms such as anxiety, depression, changes in sleeping or eating habits, aggression, and other behavioral problems.

To better understand the psychological effects of family separation on children, I spoke with Chandra Ghosh Ippen, the associate director of the Child Trauma Research Program at the University of California-San Francisco.

Mother Jones: What would you expect the short-term psychological effects to be for these children who are being separated from their parents?

Chandra Ghosh Ippen: The short-term psychological effects are going to depend a lot based on their age and also on their previous history. We’re going to see a range of responses from the children. Some of the children have probably experienced a fair amount of other traumas, and that’s why they’re fleeing the situation that they’re in…We might expect to see sleep problems, we might expect to see nightmares from sleep problems. We’re gonna see kids who fall apart more—temper tantrums, more angry outbursts. All of us would be angry—we call them symptoms, but they’re also normal reactions. We might see more relationship problems, because how can [they] trust people if this can happen?

You might even see anger at parents, so relationship disconnections even after they’re reunited. You may see problems in concentration and attention, you may see increased activity levels in some kids. You may see withdrawal and numbing and shutting down in other kids. Some kids may dissociate. Some kids in an effort self-soothe may shut down. You also might end up seeing health problems.

MJ: What kinds of health problems?

CGI: When you’re under tremendous stress, your body puts out stress hormones, cortisol and adrenaline. Those hormones, in high doses, are going to affect your immune system, making you more susceptible in the short term to illness. I think we’ve all had that experience, where when we’re stressed we catch everything. These kids, if they’re super stressed, their bodies and their immune systems may be more susceptible.

MJ: What might be the long-term effects of these separations?

CGI: It really depends. It depends on whether or not we can reunite them quickly with loved ones who can calm them down, and whether or not they can get services…Otherwise, what we’ll see is heightened post-traumatic stress symptoms. Children who are jumpy in the longer term, children who may constantly live in fear that their parent could leave them. This will make it difficult for them to explore, to learn. Even when they raise their own kids, they may fear separation. That age when they were separated may become a trigger if they aren’t given help to make meaning and to carry this in a certain way. Longer term, you may see increased levels of depression. Depressed, anxious, fearful that it might happen again—those are really common symptoms we’re likely to see.

“Longer term, you may see increased levels of depression. Depressed, anxious, fearful that it might happen again—those are really common symptoms we’re likely to see.”

The Adverse Child Experiences Study done at Kaiser Hospital taught us that there are long-term consequences to our health from different experiences, and one of those experiences is separation from a caregiver. A lot of these kids already have traumatic events, and we understand that there’s this thing called cumulative risk. The more you pile on these kinds of experiences, to kid, the worse it is. We’re adding another traumatic event to what they’re already experienced.

MJ: What are some other psychological symptoms these kids might experience in the long term?

CGI: It’s super complex, because it depends on the kids’ neurobiology, their genetic tendencies. We see different patterns in stress related to different people. Some of your common patterns are what you might call fight or flight. If you think about that from a symptom picture, fight is aggression, anger—those sort of symptoms that cluster together. Flight might be depression, anxiety, slowing down of developmental momentum, developmental delays. We also see freeze responses, so when things are really bad and there is no help, we might see kids who tend to dissociate more. And then we see a clinging pattern, kids who have a lot of separation anxiety, who worry. Kids can display all of these symptoms, or based on the way they’re wired—their genetics, their neurobiology, their experiences, the way their caregivers have responded—they may tend to adopt more of one pattern.

MJ: How might being in a shelter affect these kids?

CGI: Again, what’s going to matter is their age, their experiences, how long they’re going to stay in the shelter, and the quality of their care. So again, it’s hard to comment on anyone, but we know that the research suggests that institutional care is not good for children. We have a lot of people who were part of the Bucharest orphanage study that happened in Romania, where they went in and we had kids who were in orphanages really suffering. What they found was that if you could get those children into high-quality foster care as soon and as early as possible, they did much better. But even as we’re suggesting this, we may not need high-quality foster care. We may have loving parents that they should never have been taken away from in the first place. This a problem that we’ve created, and rather than finding solutions in foster care or in institutionalization, we should find solutions in terms of how quickly can we reunite them with loved ones.