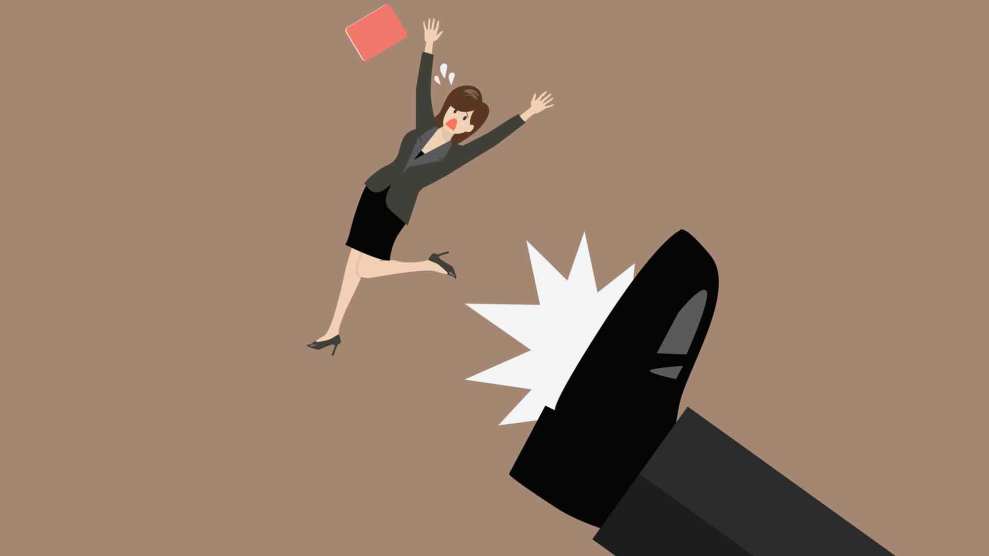 On Wednesday, the Consumer Financial Protection Bureau dismissed all 25 members of its Consumer Advisory Board, a group of experts that the head of the CFPB—currently Mick Mulvaney, a longtime foe of the bureau—is required by law to consult with in-person twice a year.

The move is the latest in a series of dramatic, sweeping changes introduced by Mulvaney, who has relaxed regulation of predatory payday lenders, stripped enforcement powers from agents tasked with weeding out lending discrimination, and even gone so far as to change the agency’s name to the Bureau of Consumer Financial Protection. Mulvaney has long crusaded against the agency, famously calling it a “sick, sad” joke, and once co-sponsoring legislation as a congressman aimed at shutting down the bureau entirely.

At a press conference, Mulvaney assured the board there was “no cause for concern.”  Two days later, it was dissolved.

On a Wednesday morning conference call, Anthony Welcher, a Mulvaney political appointee and the CFPB’s policy associate director for external affairs, told board members they were all being let go, to be replaced with new members come fall. He also told them they would not be permitted to apply for the board.

“They wanted a ‘fresh start’ was the words that he used,” Ann Baddour, a Texas consumer financial services advocate and the former chair of the CAB, told Mother Jones. “But what does a fresh start mean? Does that mean getting rid of people on the ground who may be giving feedback that does not fully align with the direction that this current leadership wants to take?”

Chi Chi Wu, a lawyer for the National Consumer Law Center and a member of the board, called the move “a huge red flag in this administration’s ongoing erosion of critical consumer financial protections that help average families.”

After its February and April meetings were cancelled, the advisory board was again scheduled to meet with the CFPB this week, on June 6 and 7. After hearing from other members that their travel arrangements had been put on hold, Baddour sent a letter to Mulvaney last month expressing her concerns that the board’s June meeting might too be cancelled. Her letter to the CFPB director warned that “canceling the meeting would open up deep concerns regarding both the value that the Bureau places on the CAB, as well as compliance with legal obligations related to the CAB.”

On May 25, 15 members of the board sent Mulvaney a follow-up letter urging him to hold the June meeting. During a Monday press conference, Mulvaney assured them there was “no cause for concern.”  Two days later, Mulvaney’s CFPB dissolved the board.

The 2010 Dodd Frank law established the CFPB to keep better tabs on Wall Street in the wake of the financial crisis. The law mandated the creation of the consumer advisory board to bring in perspectives of both industry and regular consumers. During the Obama administration, the board met in-person with bureau officials three times a year, discussing the creation and enforcement of financial sector rules, including regulations aimed at debt-collectors, small-dollar lenders, car loans, and more. Consumer advocates and some board members are concerned that the overhaul of the board indicates that regular discussions of issues key to consumer well-being are not a priority for Mulvaney’s CFPB.

John Czwartacki, a CFPB spokesperson, said in an email that, in fact, little has changed: “The Bureau has not fired anyone. The Bureau will continue to meet its statutory obligation to convene the Consumer Advisory Board meetings as well as enhanced forms of public outreach and engagement.” He added that the “outspoken members of the Consumer Advisory Board seem more concerned about protecting their taxpayer funded junkets to Washington, DC and being wined and dined by the Bureau than protecting consumers.”