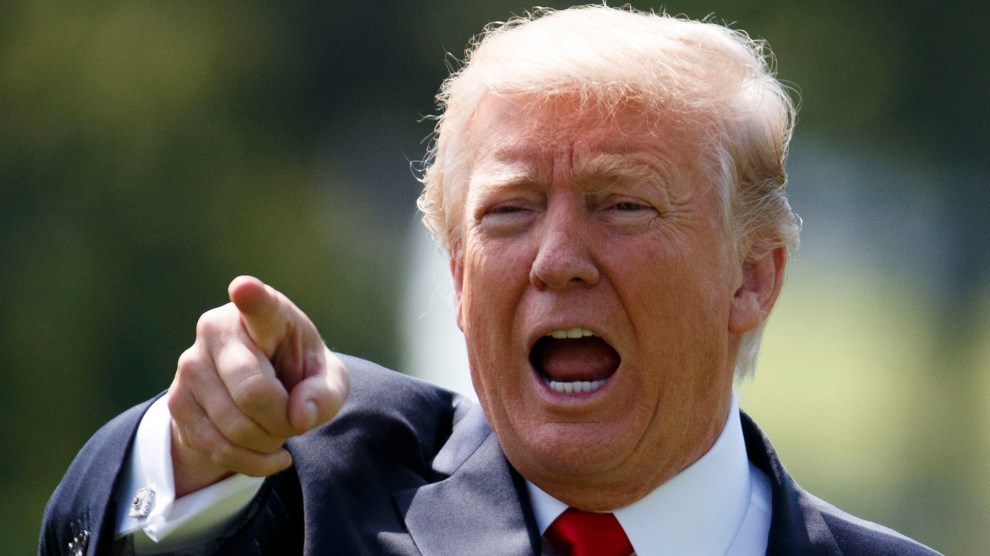 On Tuesday, the Trump administration announced a change in the way Title X family-planning funds are distributed, stripping federal funding from women’s health clinics that either provide abortions or refer patients to abortion providers.

The $260 million proposal would require “a bright line of physical as well as financial separation” between programs supported by Title X funding and any that provide abortion care or make referrals for abortions, according to an administration official who spoke with the New York Times. In effect, the largest national reproductive health provider would lose millions that have been used to provide mostly low-income women with contraceptive care. Defunding Planned Parenthood and weakening abortion providers has long been a top priority for social conservatives, who are not satisfied with the current federal law that already bans direct funding of abortion procedures.

The proposal, which was originally expected to come on Friday, was released on Tuesday in advance of the Susan B. Anthony List’s Campaign for Life Gala, at which Donald Trump will deliver the keynote address. Kellyanne Conway, Trump’s adviser, will receive the organization’s Distinguished Leader award.

Dawn Laguens, executive vice president of Planned Parenthood, released a statement that said the rule is an attempt to cripple the organization’s ability to care for their patients in the most basic way. “Under this rule, people will not get the health care they need,” the statement reads. “They won’t get birth control, cancer screenings, STD testing, and treatment, or even general women’s health exams.”

Planned Parenthood typically receives between $50 and $60 million annually in Title X funding from the Department of Health and Human Services, and it serves approximately 41 percent of the 4 million patients who get care through Title X. The organization would still be eligible for federal funding through Medicaid for non-abortion services, however. Any organization that wishes to continue to draw Title X funding would essentially have to divide into two organizations: one that provides abortion services or offers abortion referrals, which would have to rely on private funding, and one that provides other women’s health care services and can receive federal funds.

If this sounds familiar, it’s because Jared Kushner and Ivanka Trump made precisely the same suggestion to then-Planned Parenthood president Cecile Richards after they requested a meeting with her to discuss federal funding for the organization, as she recalled in her recent memoir.

The policy is similar to one implemented in 1988 by President Ronald Reagan, which required a “physical separation” between abortion services and other family planning practices. The Trump proposal will not institute a “gag rule” in the US that would prohibit talking to clients about abortion, which reproductive rights advocates had feared. Especially since in 2017, Trump reinstated a global gag rule through an executive order that banned non-governmental organizations providing abortion care or information about abortion from receiving foreign aid or federal funding.

“This rule will lead to more unplanned pregnancies and worse health outcomes for women and families, especially for people of color,” said Deb Hauser, president of Advocates for Youth, a sex education nonprofit, in a statement. “It’s just the latest hypocritical move for an administration that claims to be ‘pro-life’ while promoting abstinence-only miseducation that endangers teens.”

Although many of the abortion restrictions passed at the state level this year are tied up in district courts, conservative advocates of the rule are not concerned about potential legal delays because the Reagan rule withstood a Supreme Court challenge (although President Bill Clinton repealed the rule before it ever had a chance to go into effect).

“The pro-life Congress will get another crack at Planned Parenthood’s federal gravy train in multiple federal programs in which they get over $400 million each year,” said Family Research Council president Tony Perkins in a statement. “Until then, President Trump continues to fulfill his campaign promise that his administration will advocate for mothers and their unborn children every day he occupies the White House and take important steps to ensure taxpayers are not subsidizing the abortion industry.”

After a mandatory 60-day public comment period, organizations that accept Title X funding will have 60 additional days to comply by separating their finances into abortion-related funds and non-abortion funds. They will have a full year to create a physical separation.