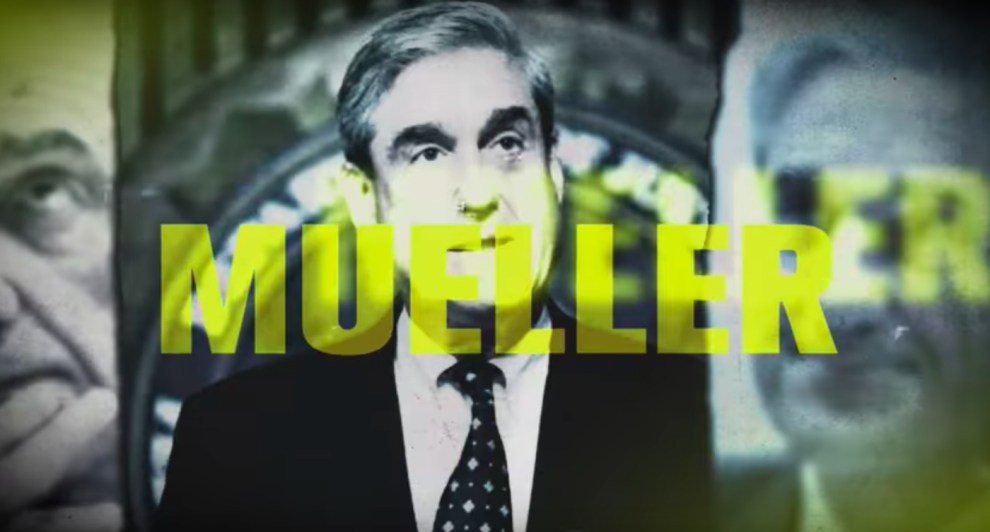 Six weeks ago, Republican Sen. Lindsey Graham (S.C.) delivered a stark warning to Donald Trump. If the president were to fire special counsel Robert Mueller without justification, Graham said, it would likely be an impeachable offense. “To stop [the] investigation without cause, I think, would be a constitutional crisis,” he told radio host Hugh Hewitt.

Graham is far from the only GOP senator to voice support for the investigation into whether the Trump campaign conspired with Russia. “I think it would be suicide for the president to fire him,” Senate Judiciary Committee Chairman Chuck Grassley (R-Iowa) told CNN.

“With respect to the Mueller investigation, I think it needs to come to an end. It’s a witch hunt.”

But if Republicans prevail in a series of high-profile Senate races this fall, Graham and Grassley could find themselves with much less support on the issue. Across the country, GOP candidates in competitive primaries are attempting to demonstrate their loyalty to Trump by demanding an end to what many of them, echoing Trump’s own Twitter denunciations, call the Mueller “witch hunt.” During a debate Monday, Indiana Rep. Todd Rokita—who is locked in a bitter, three-way battle to take on Democratic Sen. Joe Donnelly—announced plans to introduce a congressional resolution to “call for ending that investigation in 30 days or show evidence about the president obstructing anything.” His office distributed the resolution on Thursday.

“When the establishment Republicans, when the news media, when the Democrats are getting ready to wrongfully impeach this president, who are you going to trust to stand by your side?” Rokita said at the debate. An ad released this week by his campaign portrays him as the only candidate “though enough to stop the witch hunt.”

Rokita’s Republican opponents are just as adamant. “I do believe it should end,” Rep. Luke Messer said at an earlier debate. “This is a witch hunt—the president is exactly right—and it should end,” Rokita agreed. “I believe these guys are right—it’s definitely a distraction,” businessman Mike Braun concurred.

It’s not just in Indiana. As the Washington Post reported in April, Republican Senate candidates in Montana, Arizona, and elsewhere have begun targeting Mueller.

#Mueller investigation going on too long, no collusion, needs to end! #mtpol #mtsen

The rhetoric seems to have grown more intense in recent days. During a debate Tuesday in West Virginia, GOP hopefuls were asked whether they’d support bipartisan legislation, backed by Grassley and Graham, that would make it more difficult for Trump to fire Mueller. Senate Majority Leader Mitch McConnell (R-Ky.) has refused to hold a vote on the bill, though he’s also said he doesn’t want Trump to fire Mueller.

None of the West Virginia Republicans expressed support for the bill—Trump “has a lot of say about who is in his Justice Department,” Patrick Morrisey, the state’s attorney general, said. And each of the candidates, who are competing to run against Democrat Joe Manchin in November, went much further than McConnell.

“With respect to the Mueller investigation,” Morrisey declared, “I think it needs to come to an end. It’s a witch hunt, and we need to stop that.”

Pressed on whether Trump should fire Mueller, Morrisey responded, “Look, I think this should come to an end. If it came to an end very quickly, then we wouldn’t have to deal with all this endless string of accusations.”

One of Morrisey’s opponents was more direct. “I am very clear: End this investigation now,” said Rep. Evan Jenkins. “I’ve seen the documents. I’ve seen [former FBI Director James] Comey’s outrageous leaks. I have seen the witch hunt that has gone after this administration. The Democrats can’t give up on the results of 2016. They’re fighting this administration each and every day. End this investigation now.”

Another West Virginia Republican had a more personal take on the matter. “I’ve had a little personal experience with the Department of Justice,” said Don Blankenship, a coal magnate who in 2016 was sentenced to a year in prison for conspiring to violate mine safety rules. “They lie a lot, too…When you know what really goes on in the Department of Justice, you wonder where this country’s going.” He added, “The Mueller investigation should end, but hopefully it will be ended before I get there in January, so it should be okay.” (Blankenship argues that his own conviction was the result of political persecution by the Obama administration. “When the truth comes out about what they did,” he said, “it’ll make the Russian probe look benign.”)

In Virginia, where three Republicans are vying to take on Democratic Sen. Tim Kaine, GOP front-runner Corey Stewart said during an April debate that the Russia probe “needs to be put to bed.” Stewart’s rivals, pastor E.W. Jackson and state Del. Nick Freitas, also took aim at the investigation, as the blog Blue Virginia noted.

“One of the most dangerous things that I believe Mueller and Comey have done at this point is they’re really causing Americans to question the integrity of our justice system,” said Freitas. “The president—just like anyone else in this room—is entitled to due process before the law. And I think we’re getting really close to him being denied that.”

Much of the bad blood with Russia is caused by the Fake & Corrupt Russia Investigation, headed up by the all Democrat loyalists, or people that worked for Obama. Mueller is most conflicted of all (except Rosenstein who signed FISA & Comey letter). No Collusion, so they go crazy!

The escalating rhetoric from Republican candidates comes as Trump has grown increasingly combative toward the Justice Department, repeatedly threatening to interfere with investigations and, against the advice of his own lawyers, directly criticizing Mueller. He’s openly suggested that he might indeed decide to fire Mueller. In March, Graham said on CNN that doing so “would be the beginning of the end of his presidency.”

But based on the GOP primary campaigns, that seems far from clear.

“This has gone too far. Something has to be done,” said former sheriff Joe Arpaio, a Republican Senate candidate in Arizona, according to the Post. “Whatever action [Trump] takes, I’ll back him up, whether he fires these guys or not.”